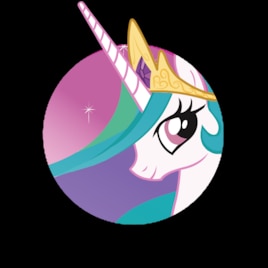 This item has been added to your Subscriptions. Some games will require you to relaunch them before the item will be downloaded.
In 1 collection by Harald B
Brony mods

35 items
Description
-- If you are using Gods & Kings, use the version for that instead --

My Little Pony: Friendship is Magic and related names are tm and (c) Hasbro, obviously. Special thanks to Whys Alive for creating the code that lets buildings produce resources. Dawn of Man intro text by Ledomare.

* I'm throwing my bits at the screen and nothing's happening!: Subscribe, then start the game and go to the mod menu. Once it downloads and shows up, activate it (make sure the green light is on) and click Next, then set up a new game from there.
* I subscribed but it's not showing up in the mod list!: It's probably a cache issue. That's happening all over lately. Try the instructions here
* It keeps crashing in the medieval era!: Use the version for Gods & Kings
* The workshop won't work for Mac: If you must, and if you know what to do with it, you can get the raw .civ5mod file via {LINK REMOVED}MediaFire
* Will it work in multiplayer?: As far as I know, you can't use ANY mod in multiplayer.
* Yuck, I hate ponies!: Just walk away and you won't get any cooties. We're not trying to "convert" anyone here.
< >
771 Comments

Complete/Total Randomness Jun 7, 2018 @ 10:23am
Another thing you could do for what I've suggested is give all military units increased production time so they take longer to build, as in the end of Season 5, (SPOILER ALERT IF YOU HAVEN'T SEEN IT) Equestria went to war with the Crystal Empire in an alternate timeline and despite the fact that on the maps the Crystal Empire is rather small compared to the rest of Equestria, the Equestrians are implied to be barely holding back Sombra's forces and it's implied that most jobs have become something related to the military in order to just keep their soldiers supplied. Sorry for the wall of text. (I had to split this cause it was too long)

Complete/Total Randomness Jun 7, 2018 @ 10:23am
While this is already a good mod, I think you should change it or make a different version to be more like what Equestria is really like on the show. Do something like give the Ponies a penalty to their Happiness based around how many military units they have, or have their cities more vulnerable to siege weapons, since nearly every instant of the Royal Guard or Wonderbolts trying to stop a threat has failed so badly it's hilarious.

XxXL1N9M0ZXxX Jul 2, 2016 @ 8:34pm
for some rezin the main 2 dlc are blocking the mod im going 2 tare tham off but can or wut to plz dlc`s compitble. thacy you for readind the comment to all who see.

larrygroy Nov 19, 2015 @ 4:46pm
Played the largest map, had a hillariusly awsome time seeing every human nation, one by one, get overun with with ponies. Even got some Conversion Bureau vibes, seeing as every human unit in a city turnes into it's pony equivalent when conquered when coupled with that pony unit mod. After I ran out of pre-programmed names for my citie's, I started making my own list of terrible horse puns to use instead. Bottom line, I had way to much fun with this.

Nickybuttons12345 Jan 19, 2015 @ 6:03pm
It might have been a problem with my Civ 5 game itself, I recently tried to play as Japan with no mods and ended up crashing at one point later on in the game in a similar fashion to when I crashed as Celestia, as detailed in my first comment. I'll try to look into it more and try to see whats going on, I installed my copy of Civ 5 off of a disc at the same time as my copy of Civ Beyond Earth, so maybe something went wrong there. Thanks for the advice anyways.

Harald B  [author] Jan 18, 2015 @ 8:32am
Nickybuttons12345: Sorry to hear that, and sorry for not responding earlier. I rarely hear of anyone having trouble with this mod, so my best guess is an issue with some other mod you're using at the same time. (By now most of them are not by me; only the Equestria, NLR and Changeling civ and a couple of side-mods are.)
This is also the first time I've heard of a crash upon leaving the diplomacy screen. Might have something to do with custom music, but I wouldn't know beyond that.
< >