Greenlight > Games > David (SWE)'s Workshop
Greenlight is being retired. For more information on how to submit games to steam, refer to this blog post.
This item has been removed from the community because it violates Steam Community & Content Guidelines. It is only visible to you. If you believe your item has been removed by mistake, please contact Steam Support.
This item is incompatible with Greenlight. Please see the instructions page for reasons why this item might not work within Greenlight.
Current visibility: Hidden
This item will only be visible to you, admins, and anyone marked as a creator.
Current visibility: Friends-only
This item will only be visible in searches to you, your friends, and admins.
Kobo Redux
Description Discussions0 Announcements4 Comments26 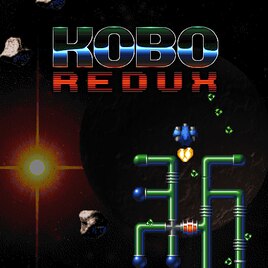 Just as I'm (finally!) wrapping up the 0.7.4 release, I receive this most welcome email, congratulating me, and asking me to complete some digital paperwork. :-)

Thank you very much for all the votes and comments!

Kobo Redux is still available on https://olofson.itch.io/kobo-redux (where 0.7.4 will be released this weekend), and will likely soon be on Steam Early Access as well.

After a fair bit of research and scripting, and occasional use of profanity, there are now Linux binary packages! There are demo and full version DEB, RPM, and Bzip2 packages over at https://olofson.itch.io/kobo-redux.

Apart from that, there are only some minor changes and fixes in this release:

For those wanting to get more involved, play on something other than Windows or Linux, or just track the latest developments, the Kobo Redux game/engine code is a Free/Open Source project on GitHub[github.com].

Next release expected in about two weeks, and it's going to offer some improvements in the gameplay and graphics departments.
Read More
Description
Kobo Redux is a frantic 80's style 2D shooter, inspired by the look and feel of 90's arcade cabinets. The gameplay is fast and unforgiving, although with less of the frustrating quirkiness of the actual games of the 80's. A true challenge in the spirit of the arcade era!

First, inspired by Bosconian, there was XKobo, a multi-directional scrolling arcade shooter, where the primary objective was to destroy maze-like hostile space bases, while they were hurling bullets, missiles, and ships in your general direction.

Kobo Deluxe brought this addictive little game to basically everything with a CPU, and has had incredible numbers of downloads on various platforms. It is also included in many Linux distros. However, the project was never quite finished, and the game mostly served as a test bed for other little projects, such as glSDL, and the unnamed sound engine - a precursor of Audiality 2.

Now, with smoother controls, improved gameplay, a bit of physics, new pixel art, and a proper soundtrack, Kobo Redux aims to be the XKobo update that Kobo Deluxe never quite became.
< >
26 Comments

David (SWE)  [author] May 21, 2017 @ 9:24am
The full source code already is free and Free/Open Source, herohamster14, and will remain so, even after the Steam release. However, a proper soundtrack, graphics, new level designs etc for the remaining regions/planets won't happen if there isn't even a chance of a symbolic monetary compensation. Feel free to maintain the free themes included with the code, if you insist on playing the full game for free! ;-)

The legacy of XKobo and Kobo Deluxe is a solid foundation to build on, but I'll do my very best to take Kobo Redux to the next level, in terms of gameplay, as well as presentation. Stay tuned for the next update!