Greenlight > Games > juhbee's Workshop
Greenlight is being retired. For more information on how to submit games to steam, refer to this blog post.
This item has been removed from the community because it violates Steam Community & Content Guidelines. It is only visible to you. If you believe your item has been removed by mistake, please contact Steam Support.
This item is incompatible with Greenlight. Please see the instructions page for reasons why this item might not work within Greenlight.
Current visibility: Hidden
This item will only be visible to you, admins, and anyone marked as a creator.
Current visibility: Friends-only
This item will only be visible in searches to you, your friends, and admins.
REVOLT 1917
Description Discussions0 Announcements3 Comments46 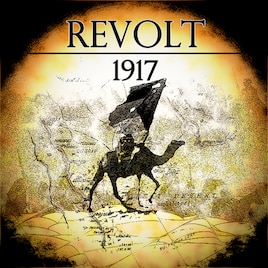 juhbee
Last Online 8 hrs, 32 mins ago
See all 4 collections (some may be hidden)

I wanted to announce that after 3 weeks REVOLT 1917 has been Greenlit. This could not have been done without your support and I personally thank each and every one of you for giving me this opportunity. If you have any ideas, comments, critique or questions about the game don't hesitate to shoot me a message!


Thank you all again for the incredible support!

I'd like to check back in and say that progress on the game is going well and I'm confident that with support from the community we will be Greenlit! With the future looking uncertain, I am guaranteeing completion of my game no matter the circumstances. With that being said, I wanted to break down some more basic information on how the game is currently set up:

The structure of the game is 5 main single player chapters each with a unique focus such as exploration, close quarters combat, piloting vehicles, and guerilla tactics.

In addition to the 5 chapters, there will be 3 additional scenario challenges with leaderboard integration. Each scenario will revolve around an alternate history from that of the traditional Arab Revolt. One scenario I can reveal now is hunting Ottoman fortified trains in a British Navy landship whilst competing with other players for the highest destruction total.

Again, I thank each and every one of you all for your support of my project! REVOLT 1917 has reached as high as 40% of the way to the top 100 games and still continues to gain support.

Read More
Description
Release date: 2017
Inspired by the works of T.E. Lawrence, enter the world of the ARAB REVOLT. Fight and survive the Turkish attack on Yenbo of 1916, trek the uninhabitable expanse of the Sinai deserts, search for and destroy the railways of the Hejaz and fight alongside the soldiers of the revolt to launch the climactic 1917 Battle of Akaba.

A MULTI-CHAPTER SINGLEPLAYER DESERT CAMPAIGN
-Follow in the footsteps of the Arab tribal leaders as you explore the history and lands of the Arab Revolt. Play over multiple key locations in the events of the time with each chapter promising a new gameplay focus.

MULTIPLE COMPETITIVE SCENARIO CHALLENGES
-In addition to the story campaign missions, compete against other Steam players in various challenges. Climb the Steam leaderboards and compete with players all around the world as you hunt fortified trains with an Ottoman tank, race against the clock to escape a burning city, and more.

A FULLY DYNAMIC DAY/NIGHT/WEATHER/TEMPERATURE SYSTEM
-Plan expeditions carefully to not fall victim to the perils of extreme desert heat or an unsuspecting sandstorm.

A COMPLEX HEALTH/STAMINA/HYDRATION SURVIVAL SYSTEM
-Simple on the surface; complex behind the scenes. Every degree of temperature, second spent sprinting through the heat, varying time of day, etc. will affect the player's characteristics. No statistic management required.

juhbee  [author] Apr 30, 2017 @ 6:30pm
They have fictitious names to avoid any trademark infringement, I'm afraid. The weapons themselves are inspired by weapons of the era.

juhbee  [author] Apr 30, 2017 @ 7:46am
As of now the player utilized weapons are a bolt action rifle, a scoped rifle, a lever action rifle, a small handgun, and a revolver. Enemies have access to mounted machine guns and artillery in addition to these.

Currently the system is no health regen. All enemies drop a partial health pack upon death, and there are full health kits scattered at random across the environment and can also fall as random drops. This works best with the stamina and hydration systems compared to a health regen and does lend to an old school Call of Duty 1/2 feel.

Quinn DeCobray Apr 4, 2017 @ 7:56am
How does the health system work? Health bar or Regeneration? Or perhaps a compromise where you have a few bars that regenerate over time unless they are empty.

REVOLT 1917 has been Greenlit and is now listed in the Steam store. For the latest information, purchase options, and discussions for REVOLT 1917, please see it on the Steam Store or in the Steam Community.
Visit Store Page
For more details Visit Community Hub
For latest discussions
If you really, really want to, you can continue to the Greenlight page. Information on this page may be out of date, since all the action has moved to the areas noted above.