Greenlight > Games > Voidless Studios's Workshop
Greenlight is being retired. For more information on how to submit games to steam, refer to this blog post.
This item has been removed from the community because it violates Steam Community & Content Guidelines. It is only visible to you. If you believe your item has been removed by mistake, please contact Steam Support.
This item is incompatible with Greenlight. Please see the instructions page for reasons why this item might not work within Greenlight.
Current visibility: Hidden
This item will only be visible to you, admins, and anyone marked as a creator.
Current visibility: Friends-only
This item will only be visible in searches to you, your friends, and admins.
The Forgotten Void
Description Discussions0 Announcements2 Comments27 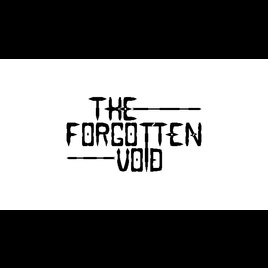 Voidless Studios
Offline
See the collection (may be hidden)

View The Forgotten Void in the store

We have finally launched out KickStarter for The Forgotten Void! Please check it out and spread the word! https://www.kickstarter.com/projects/2077004150/the-forgotten-void

We hope to show a lot more gameplay within the next month, so stay tuned!

Read More
Description
Release date: Early 2018
- Action, Adventure, Puzzle, and RPG Game
- A journey of the mind to save the world from darkness
- Action packed combat with upgradable abilities
- Two different worlds to explore
- An ‘Over World’ with 4 Major cities, 10+ towns
- The ‘Null World’ which is randomly generated
- Numerous sidequests with different outcomes
- 100+ items with an intuitive crafting system
- 10 Unique Bosses and 50+ enemies

Many centuries ago, 2 worlds were formed, the Null World and the Overworld. Humanity existed on the Overworld while the Null world was inhabited by Null entities, mystic creatures that brought evil and chaos to the Overworld. When the 2 worlds were created, a portal known as the Gateway was created that that linked the 2 worlds, where humans and Null entities could come in and out. However, 9 other portals were also formed that led to void fragments that were keys to unlock the Void core in the Gateway which would destroy the Null World. Void Guardians were humans of the Overworld that defended humanity against the invaders of the Null world but as time went on, Void Guardians were few and far between while the Null world slowly consumed the Overworld.

As one of the last Void Guardians that survived from the Great War, our hero is suffering from amnesia due to their injuries in the war and as they wake up several months later, they hope to recollect their memories by traveling through the cities of the Overworld.

Listen to the soundtracks here: https://soundcloud.com/shuprio/sets/the-forgotten-void-soundtracks

Big Play Ben Jan 29, 2017 @ 11:12am
Graphics and music are pretty great, but I don't understand what the game is. The trailers have shown me no game mechanics at all. Marked for later.

rogueWithLoveForRogues Jan 29, 2017 @ 10:04am
It's alright. You haven't shown us much but at least you created the animations yourselves. It does have some quality.

I'll upvote but you need to know that it seems like you are at 30% of the development from the glimpses that are shown. If you want this to succeed you need to work your ass off for another year or two.
< >

The Forgotten Void has been Greenlit and is now listed in the Steam store. For the latest information, purchase options, and discussions for The Forgotten Void, please see it on the Steam Store or in the Steam Community.
Visit Store Page
For more details Visit Community Hub
For latest discussions
If you really, really want to, you can continue to the Greenlight page. Information on this page may be out of date, since all the action has moved to the areas noted above.