Store Page
Tabletop Simulator>  Workshop > BunnyBot 5000's Workshop
This item has been removed from the community because it violates Steam Community & Content Guidelines. It is only visible to you. If you believe your item has been removed by mistake, please contact Steam Support.
This item is incompatible with Tabletop Simulator. Please see the instructions page for reasons why this item might not work within Tabletop Simulator.
Current visibility: Hidden
This item will only be visible to you, admins, and anyone marked as a creator.
Current visibility: Friends-only
This item will only be visible in searches to you, your friends, and admins. 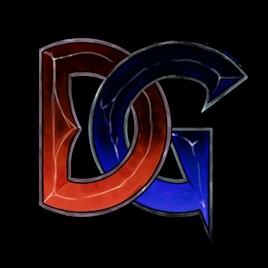 BunnyBot 5000
Offline
See all 19 collections (some may be hidden)

This item has been added to your Subscriptions. Some games will require you to relaunch them before the item will be downloaded.
Description
Desperate Gods, remastered for Tabletop Simulator!
Desperate Gods is a dark fantasy dungeon crawl for two to four players! Originally developed by Wolfire Games in 2012, it was Tabletop Sim before Tabletop Sim - even quoted by the developers as "our biggest inspiration"[www.gamasutra.com] - and now it's here in Tabletop Sim in its full glory!

Special thanks to David Rosen of Wolfire Games for making this rad tabletop game and giving me permission to use its assets in my mod, and to my friend Taco and Steam user Hypnoziz for advice and assistance with porting Desperate God’s 3D models.
< >
13 Comments

Mar 4, 2017 @ 11:54pm
I'd love to collaborate with you on getting the content hosted on a github and add rules viewable via tablet. The content will load faster and no worries about the files being removed from steam.

Feb 19, 2017 @ 2:48pm
Hard to believe that all those years ago, this game was the original inspiration for Tabletop Sim. One of my all-time favorite boardgames. Thanks for making this! ^_^

Dance Commander Jan 22, 2017 @ 8:54am
Are there no more cards? The games end really fast and gets repetitive pretty easily.