Store Page
ARK: Survival Evolved >  Workshop > Pikkon's Workshop
This item has been removed from the community because it violates Steam Community & Content Guidelines. It is only visible to you. If you believe your item has been removed by mistake, please contact Steam Support.
This item is incompatible with ARK: Survival Evolved. Please see the instructions page for reasons why this item might not work within ARK: Survival Evolved.
Current visibility: Hidden
This item will only be visible to you, admins, and anyone marked as a creator.
Current visibility: Friends-only
This item will only be visible in searches to you, your friends, and admins. 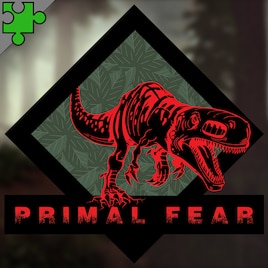 This item has been added to your Subscriptions. Some games will require you to relaunch them before the item will be downloaded.
In 4 collections by Pikkon
Eastgate Modded Ark Full Mods

Thank you to LightSpinner94 and Tohru for the continued hard work on this awesome WIKI!!

!!!! NOTE: Primal Fear is currently not compatible with any mod that overrides any vanilla creatures, such as classic flyers. (Primal Fear flyers can level up speed, so that mod is not necessary). This is due to the new spawn system, which piggy backs off of vanilla dinos to spawn Primal Fear dinos. This also includes adding any other dino mods to Primal Fear, whether it says it's compatible or not, which can cause unpredictable issues, such as overspawns and other unwanted behaviour. While this is a draw back, the bright side is this method makes Primal Fear work on any map, even any new official map, without my intervention. !!!!

Demonics are cast away creatures hell bent on becoming useful, powerful, mounts. They have sold their soul to evil in order to gain ultimate power. Celestial's are the pure and true counter part, set there as a counter balance.

Primal Fear is still a WIP mod. Please give me feedback on anything and everything. More dinos will be added and tweaks will be made over time.

All information for this mod, including spawn codes, taming food, and server balancing, can be found on the google doc here[docs.google.com]

NOTE:
This mod does not touch creature or player levels. It uses server set levels, whether that is from a mod higher in the load order, or override server settings.

In order to see ALL Primal Fear dinos spawning in, you MUST have Primal Fear 1st in Mod Load Order. Map mods and Stacking mods included as well. It must be higher than those for ALL dinos to spawn in.

If you donate and are part of the discord, make sure to let me know your discord username in the donation notes so I can add you to the donator rank!

Use code PRIMALFEAR when you sign up FOR 20% OFF your FIRST MONTH!

This mod/code/work is protected by the Attribution-NonCommercial-NoDerivatives 4.0 International Creative Commons License.[creativecommons.org]
Popular Discussions View All (1268)

Chief 1 hour ago
For that info, read the description and faqs. Some info on discord as well

Chief 19 hours ago
True. And I didn't clarify, when I said you PF folks know about it, it's Wildcard issue, not PF

Flockerkill Aug 15 @ 12:02pm
AB in general is a messy maps for spawners

spino , overworld and sarco spawns have all their own Wildcard quirks that they dont tell the modders

I'm not sure why you are having an issue past Spinos. I have no over spawns running all the other expansions besides AB and Extinction.

I have to completely disable all PF Spinos, then put back what I want with simple spawners. Which is all of them, but doing that way doesn't over spawn Spinos.

But these guys are aware of that issue with AB spinos

I think I only added maewing vanilla using simple spawners as well just cuz we want it. No other over spawns

Are you running any other incompatible dinos mods?

And have you checked your dino count? I usually only run 1 multiplier except for when on Crystal Isles

Young Twon Aug 15 @ 10:44am
@Chief Yea absolutely no change at all. Thanks anyway i at least load in a little faster. Adjusting dino spawn weight for specific types doesnt really work either no matter what i try it doesnt make a difference. This mod is plagued by over spawning it desperately needs a way to adjust PF specific spawns. I know once i get control of these bulb dogs and spinos ill just be plagued by other demonic variants, thats how spawn weight works. It was never a fix. When searching for answers online all i found was more people asking the same questions. Gonna have to drop the mod i guess cuz its just straight cancer on ab

Perila Aug 15 @ 10:36am
Is there a chance to tame the wild baby dinos in this mod? they looked so abandoned

Flockerkill Aug 14 @ 9:32pm
Hape PF loaded first in your mod list
And
Keep killing the wild Giga spawns, wildcard limited the wild gigas per map to like 1 to 2 per map

Cousin Nic Aug 14 @ 5:19pm
is there any special way to make primal tek dinos spawn, so far ive only seen like 15 primal tek trikes. is it bugged, or am i just really unlucky? i wants a giga
< >