Greenlight > Games > Wild Mage Games's Workshop
Greenlight is being retired. For more information on how to submit games to steam, refer to this blog post.
This item has been removed from the community because it violates Steam Community & Content Guidelines. It is only visible to you. If you believe your item has been removed by mistake, please contact Steam Support.
This item is incompatible with Greenlight. Please see the instructions page for reasons why this item might not work within Greenlight.
Current visibility: Hidden
This item will only be visible to you, admins, and anyone marked as a creator.
Current visibility: Friends-only
This item will only be visible in searches to you, your friends, and admins.
Almost Epic Adventures™ : The Goblin's Week
Description Discussions0 Announcements6 Comments55 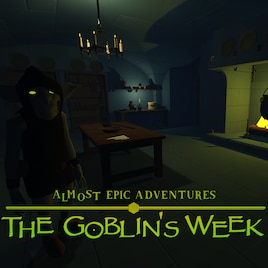 Here are some news about The Goblin’s Week.

NEW SIDE PROJECT
Because I have difficulties finishing it and was almost out of time and money, I had to take a decision. So I decided to cut the remaining work but working on a smaller and doable game.

Since December 2018 I am working on a trapped dungeon exploration game. The goblin’s game remain untouched and will be released later, when its done.

Thanks to that decision I can focus on the dungeon and trap gameplay, this will help me release the Goblin’s Week as I want it to be.

Everything is detailed on my January devlog https://www.wildmagegames.com/blog/2019/02/02/devlog-january-2019/

In the new game, you play an adventurer exploring trapped dungeons to get the treasures.
The game focus tricky and deadly traps, physically based traps and interactions.
You will find more info on the game on the last blog entries https://www.wildmagegames.com/blog/

I will tell you more about it when its time.

Thanks again for your support, and I hope you will like my new project :) 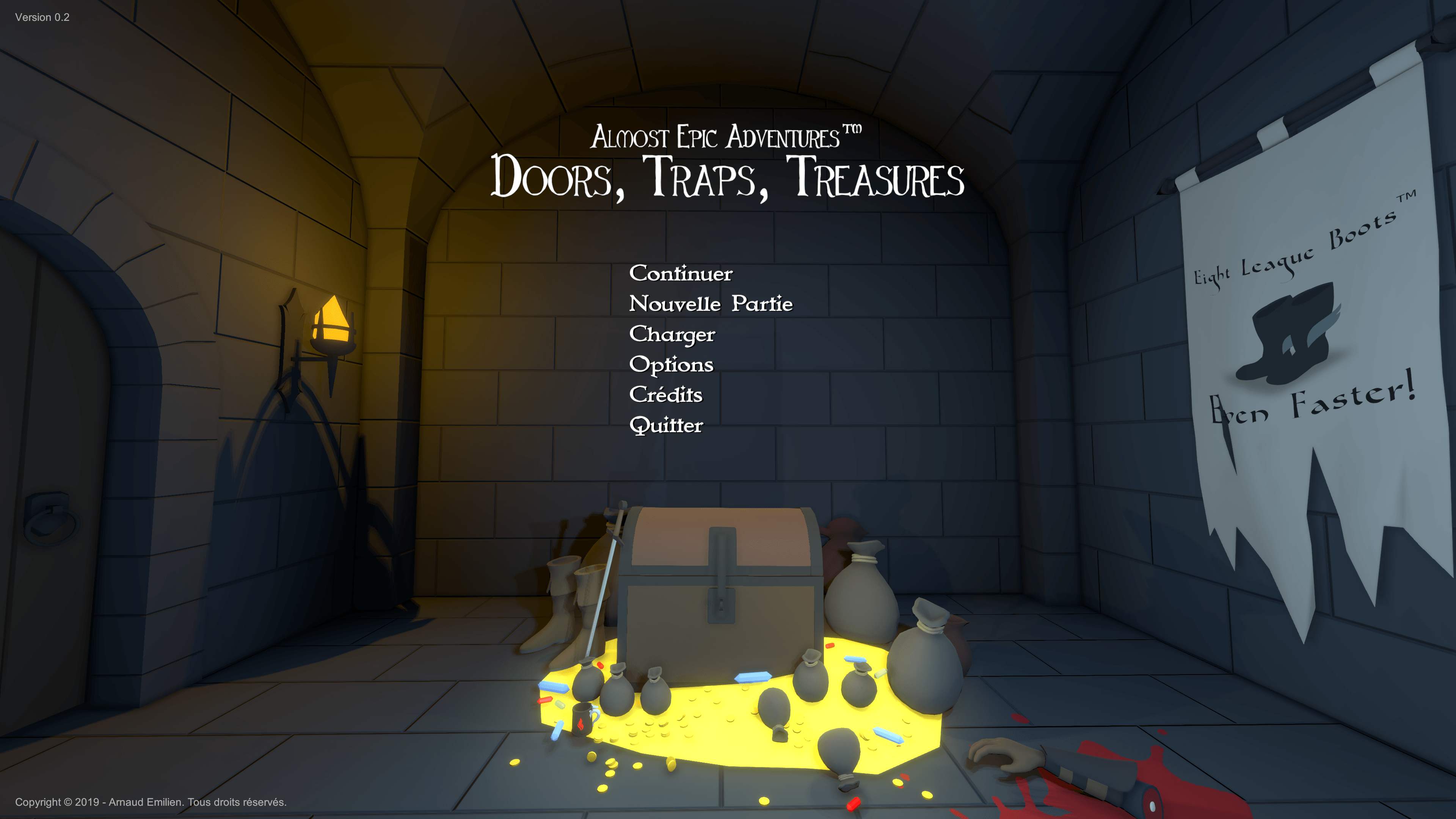 Just a short update to tell that things are still going well. I am starting working on the unfinished levels and hope to have a satisfiying complete gameplay and level build at the end of the month :)
There are still a huge amount of things to do but I am still aiming for the end of 2018.

Here are three very recent videos, I hope you will like the Stealth part :)


VIDEO>The "Life of a (disobedient) dungeon janitor" were you can see some stealth in action.


VIDEO>A technical demo of the physically based interactions and traps


Also, I updated the presentation page wildmagegames.com/goblin with new screenshots and texts, do not hesitate to tell me what you think of it.

Here a a few new screenshots too: 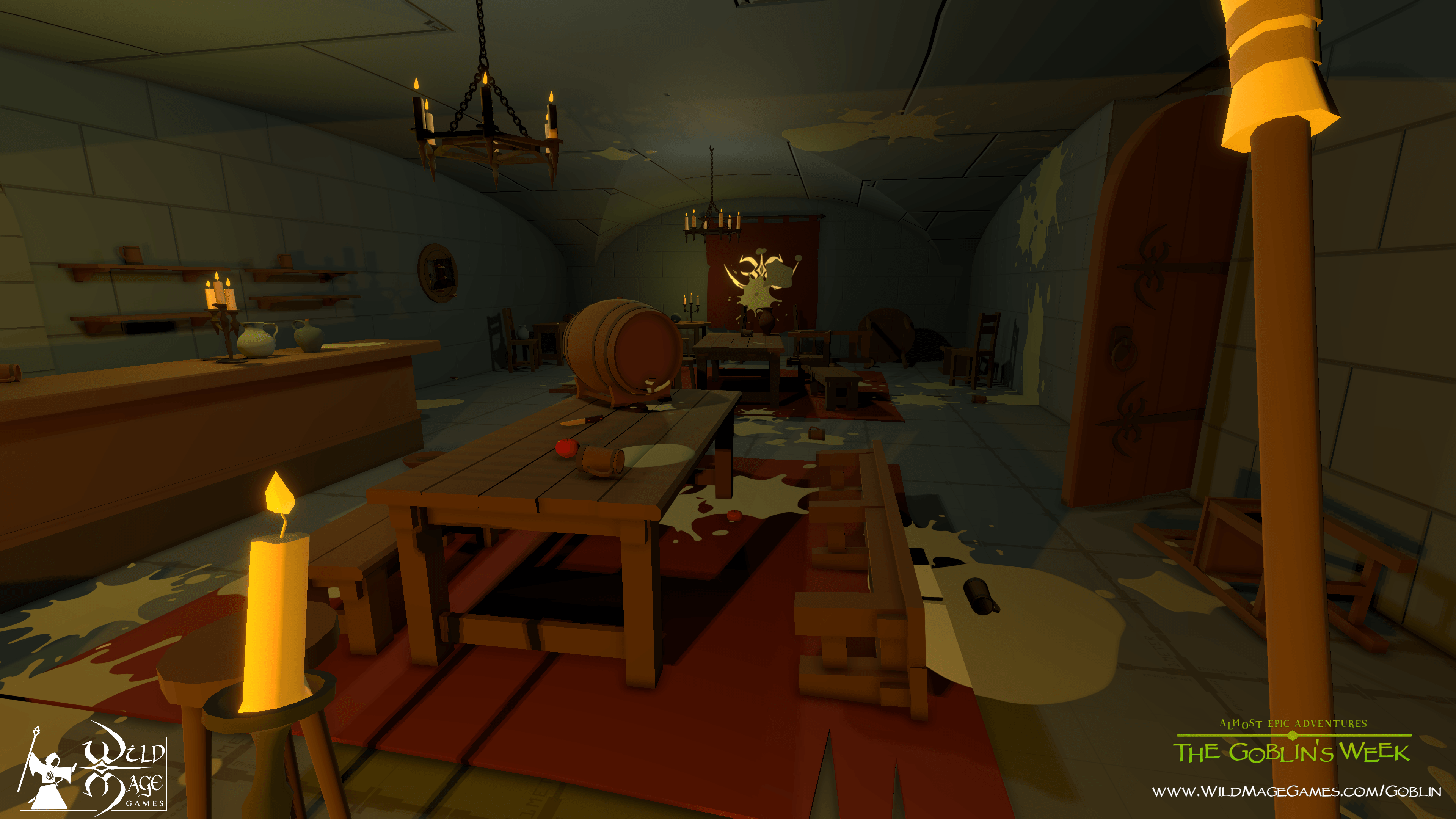 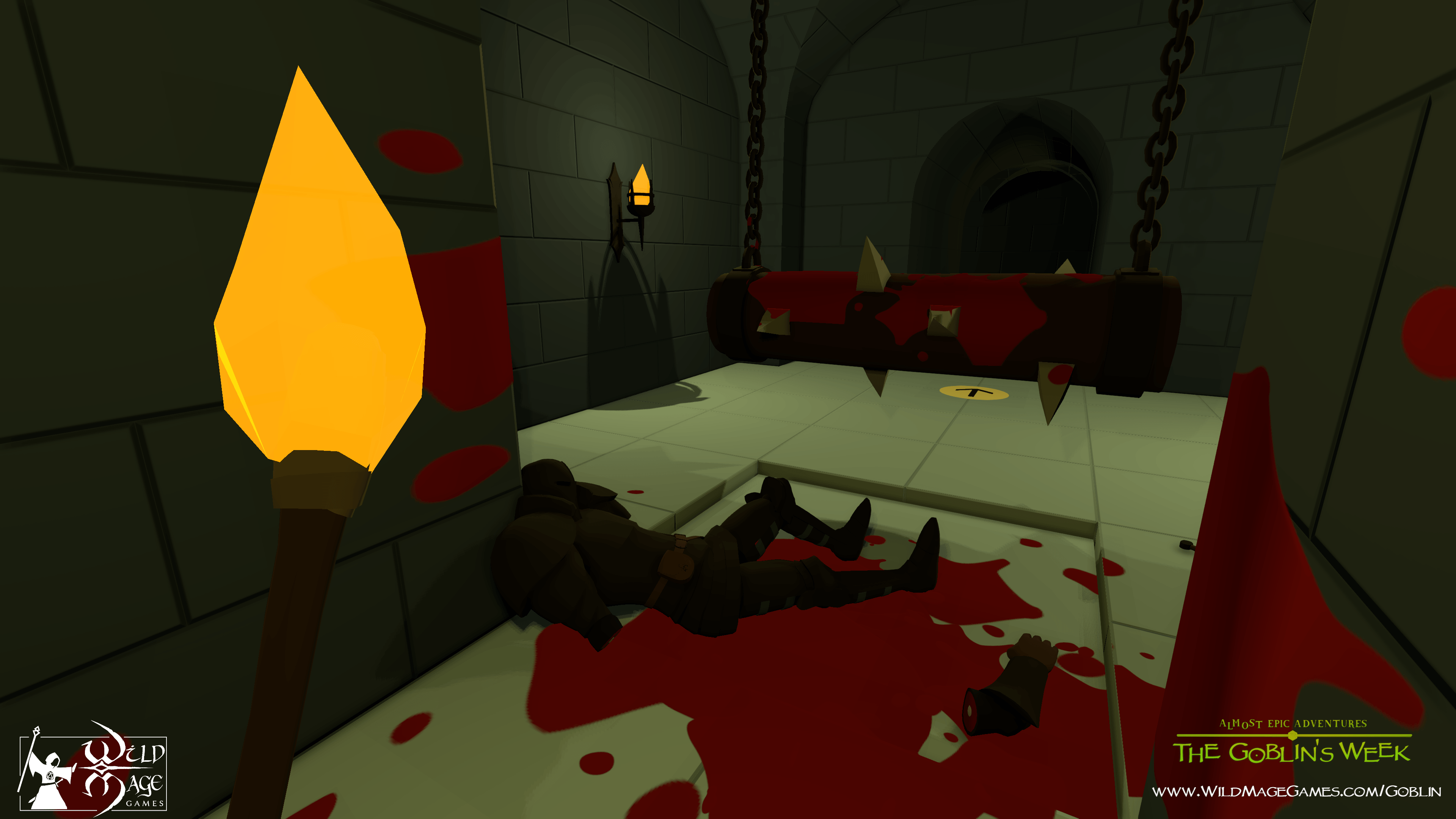 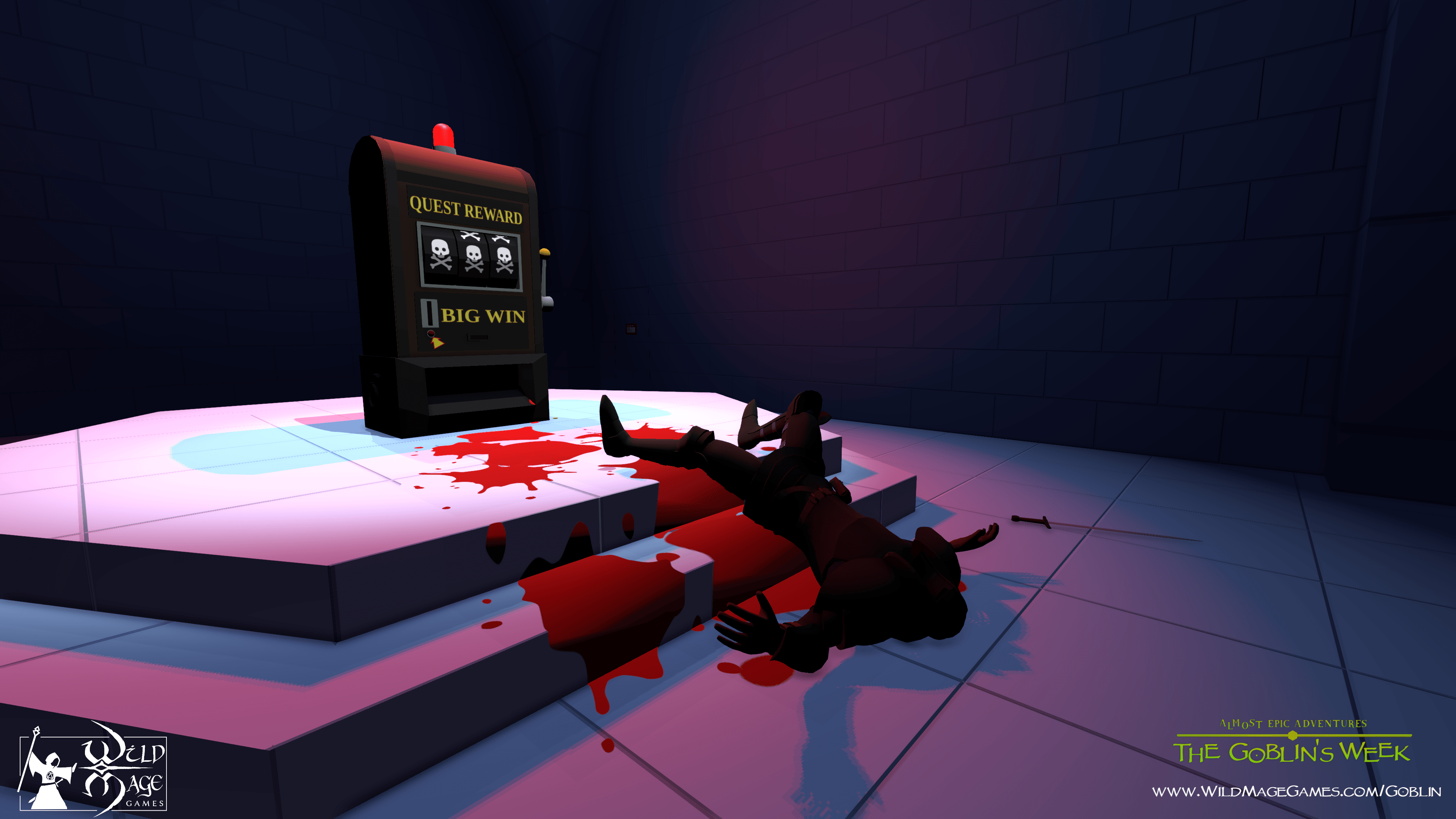 Almost Epic Adventures : The Goblin's Week is a first person adventure-exploration game where you play a goblin minion working for an evil dungeon master within a satirical fantasy world.

Story
You are a goblin who has just been hired for a week as a minion in a dungeon, for a salary of a thousand gold coins. You will have to perform various missions for the Master, such as sweeping the floor, repairing traps, looting dead adventurers, without dying. It is especially forbidden to snoop into the dungeon and to investigate its terrible secrets.

Is is a Janitor Simulator?

No. Cleaning the dungeon is only one part of the game. It is an adventure-exploration game, but instead of playing a hero you are playing a minion.

But you are absolutely right: I should post some updates here too. I will take the time to do it soon.

Again, thank you all for the positive feedback.

Следователь по гулям Jan 14, 2017 @ 10:26am
Good graphics and there is Russian language? My answer is definitely Yes

tysonasaurusw2814 Jan 12, 2017 @ 3:44pm
a fun way of showing the tedious tasks of the average grunt that we never really see, and shows the aftermath of us raiding their castle. If the game ends up actually being engaging and interesting all the way through, I'm down