Store Page
Arma 3>  Workshop > Cosmo's Workshop
This item has been removed from the community because it violates Steam Community & Content Guidelines. It is only visible to you. If you believe your item has been removed by mistake, please contact Steam Support.
This item is incompatible with Arma 3. Please see the instructions page for reasons why this item might not work within Arma 3.
Current visibility: Hidden
This item will only be visible to you, admins, and anyone marked as a creator.
Current visibility: Friends-only
This item will only be visible in searches to you, your friends, and admins. 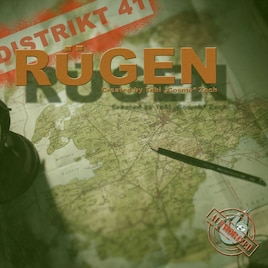 This item has been added to your Subscriptions. Some games will require you to relaunch them before the item will be downloaded.
In 3 collections by Cosmo
Ruegen Exile Testserver

b]About the original location and the inspiration for this map:[/b]
Rügen is Germany's largest island in terms of land mass. It is located on the Pomeranian coast in the Baltic Sea and belongs to the state of Mecklenburg-West Pomerania. It is a very popular tourist destination because of its recreational offers, the varied landscape, the long sandy beaches and the famous chalk cliffs. The island has a long eventful history and was the focus of many military projects in World War II and later, such as Prora and the planned, never built naval port for submarines.

b]The mod version:[/b]
Since this mod card has only about 1/15 of the original map section, there are many differences and adjustments in terms of playability. The original map was used here only as an inspiration for the places, streets and landscape. D41_Rügen plays in the near future and was built as a place where prisoners were shipped to resocialization, far away from the normal population (hence the high walls at the edge of the map).
I had the intention to create a versatile map in the European setting, which offers both many bottlenecks for conflicts, as well as cities and places which can be interesting for various missions. Life projects and survival mods should also get their money's worth. I have also tried to give boats a sense again on this map by adding many passageways and shortcuts that can make the sea route more attractive than driving a car.

Many other maps were either too big, too empty or you could get from A to B too easily. Also the focus on infantry battles was important to me, so the landscape is a bit smaller but more versatile and hopefully feels big anyway, because you can't get from one end to the other.

The areas change from civilized areas in the southwest to tourist areas in the east to abandoned and destroyed areas in the north of the map. There have obviously been some battles here (you might even consider if that was zombies, rebelling prisoners or whatever). If you want more dirt, wrecks etc you can find it in the "Scorched" version which is also included in the mod.

The preview video was made by Multisasch. Thanks for the great shots! Click here for his Youtube channel (German): Multisasch - Arma 3 Gameplays & more

Known problems:
Helpful stuff:
Ingame map including place names[drive.google.com]
For A2 houses I suggest this mod (just load it along): https://steamcommunity.com/sharedfiles/filedetails/?id=835257174


ALL QUESTIONS ABOUT THE CARD PLEASE ABOUT MY DISCORD: Dead Men Walking / D41-Discord[discord.gg] OTHER COMMUNICATION AND UNKNOWN FRIENDSHIP QUESTIONS WILL BE IGNORED!

If you like the card and want to support this 2 years solo work on the project or just say thank you, I am happy about every donation. Please note: It's a donation and that's all. There are no quid pro quo or anything like that.


LEGAL NOTES! PLEASE READ!
THIS ADDON IS PUBLISHED UNDER THE ARMA LICENSE: APL-SA

[www.bohemia.net]
This map/mod should not be uploaded anywhere without permission (except for private use) (This is especially true for @armaholic and @moddb!).

h1]Additional information:
It is not allowed to upload this mod to Steam. This may only be done by the original copyright holder:Cosmo.
In English: You may NOT upload this mod, reupload it or upload it packed together with other mods to the SteamWorkshop! (Just read the SteamLicense 6D steam licenses 6D)[/h1] yourself.
Do yourself and other players a favor and create a mod collection. This makes it easier for everyone, is allowed and keeps mods up to date.

Cosmo  [author] Dec 28, 2021 @ 10:29pm
Hi Mallekip, thank you very much for the positive feedback after all this time :)
I am not sure how to change the sounds, but it might be worth to have a look here: https://forums.bohemia.net/forums/topic/223863-patching-out-annoying-ambient-background-noise-on-livonia/

Just looked up my old configs and all relevant info should be in the class "EnvSounds" within the d41_ruegen_config - files. I suppose a missionfile should do that calls these classes and adds a "volumeFactor = "0.2"; " or something for all subclasses.

I have to admit, that it now has been several years without touching A3 at all. So i am not quite sure about the details, but googleing for "EnvSounds" gives a lot of results.

Mallekip Dec 28, 2021 @ 3:26pm
Not many maps that make use of the sea, and this is definitely one. Also, natural looking subtle terrain dips and heights in a 16x16km size should always be mentioned!

I have a personal thing, that I'll frame as a question: If I wanted to create my own config mod that decreases the (frequency of) ambient bird sounds, what parameter would I have to change?

Cosmo  [author] Nov 2, 2021 @ 12:26pm
Thanks, yep this is completely my own work. Took me about 1.5 years to do, but i have stopped playing A3 since a while. Still waiting for A4 announcments until i will (maybe) try another map as its a fricking huge load of work...

I love this and want more; nice layout, terrain, love the style

I made a Dynamic Recon Ops for it ;-)

Cosmo  [author] Aug 19, 2021 @ 11:35pm
That should work if you save your doings in the mission files. You can transfer them to the other version by renaming the mission files themselves (and in textfiles if i remember correctly). Its just a change of classnames for the mapnames.

I started creating a mission on the normal terrain. Is there a way I can migrate what I've already done in to the "scorched" version or do I need to start from scratch? Thanks in advance!

Cosmo  [author] Aug 14, 2021 @ 10:49am
No thats not an issue, thats intended. The scorched version is just a copy containing some more objects like wracks and destruction markers etc. on the streets. Some camps, heli crashsides etc.
That version was included for zombie mods like Exile, Epoch etc.
< >