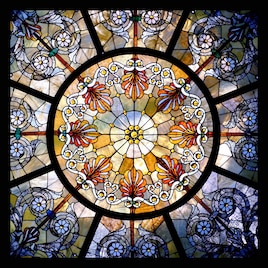 Sheepo
Offline
See all 120 collections (some may be hidden)

This item has been added to your Subscriptions. Some games will require you to relaunch them before the item will be downloaded.
Description
This Single Player Mod adds the Concept of Cultural Capitals to the game, allowing a player to choose from a set of "Themes" giving a variety of different bonuses with city- or even empirewide effects. This mod is intended to give more power to players using culture- or builderbased playstyles. The AI fully uses all concepts offered in this mod.

*** The Electoral Race
Once someone has formed the Cultural Committee in the world, all players race to win the Cultural Capital election. Every turn you will gain election points depending on your cultural ouput, the number of wonders you have, allied cultural city states, the number of cities you have and other factors.

*** Bribing
Once the race is in progress, the Cultural Committee may be bribed. The bribing amount will increase over time. If you have bribed it, you gain a boost to your election point output for a fixed amount of time. After that, you will have to wait some turns until you can bribe again.


Credits To:
- Whys and Onni for providing Tools and Insights into Civ5 Modding.
- Wutz for the German translations.
- yche2990 for the Chinese translations.
- skodkim for extensive testing.
- rapsynrev and AndreP.
- Gilgamesch for his support.
- And of course all ideas and testers from civfanatics.com!

Please send Bugs and Suggestions to me directly or in the mod thread located at http://forums.civfanatics.com/showthread.php?t=410760 !
< >
56 Comments

I just want the time that we meet a civilization to be the first time +we know who they are!

Arvay5 Nov 3, 2015 @ 10:48am
I can never get this to work with regalmanemperor's wonders, the cultural capitals tab never shows up and even with the option enabled the elections never start.

leandrokikkert Oct 22, 2015 @ 1:38am
can't you make a tab under additional information or something, because the panal hides after a while

leandrokikkert Oct 22, 2015 @ 12:53am
Nice mod, but the cultural capitals panel hides after a while, the same problem as msfifa2, and I don't know how to fix it. Can someone help?

BaoBaB Jul 4, 2015 @ 5:41am
Works great love the it doesn't change the chalenge you still feel the competition

msfifa Jan 21, 2015 @ 10:50am
i love this mod only one issue with it: the interface hides the cultural capitals panel after a while don't know how to fix that