Greenlight > Games > GameDev Knights's Workshop
Greenlight is being retired. For more information on how to submit games to steam, refer to this blog post.
This item has been removed from the community because it violates Steam Community & Content Guidelines. It is only visible to you. If you believe your item has been removed by mistake, please contact Steam Support.
This item is incompatible with Greenlight. Please see the instructions page for reasons why this item might not work within Greenlight.
Current visibility: Hidden
This item will only be visible to you, admins, and anyone marked as a creator.
Current visibility: Friends-only
This item will only be visible in searches to you, your friends, and admins.
Scrap
Description Discussions1 Announcements11 Comments76 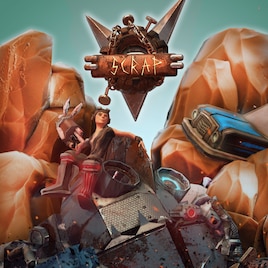 GameDev Knights
Offline
See all 7 collections (some may be hidden)

View Scrap in the store

We Won!
First, thank you to everyone that voted Scrap for the Indievers4ry Awards by IndieNomicon. Thank you again to everyone that voted for Scrap on Steam and supported us on social media, we would not have been able to present for this great community if it was not for your interest in our work. On Thursday, April 6th, Scrap was awarded 'Best Art' and 'Best Overall Experience' over 60+ other games that presented with the Central Florida independent developer group. Again, thank you from all the Top Shelf Studios team. 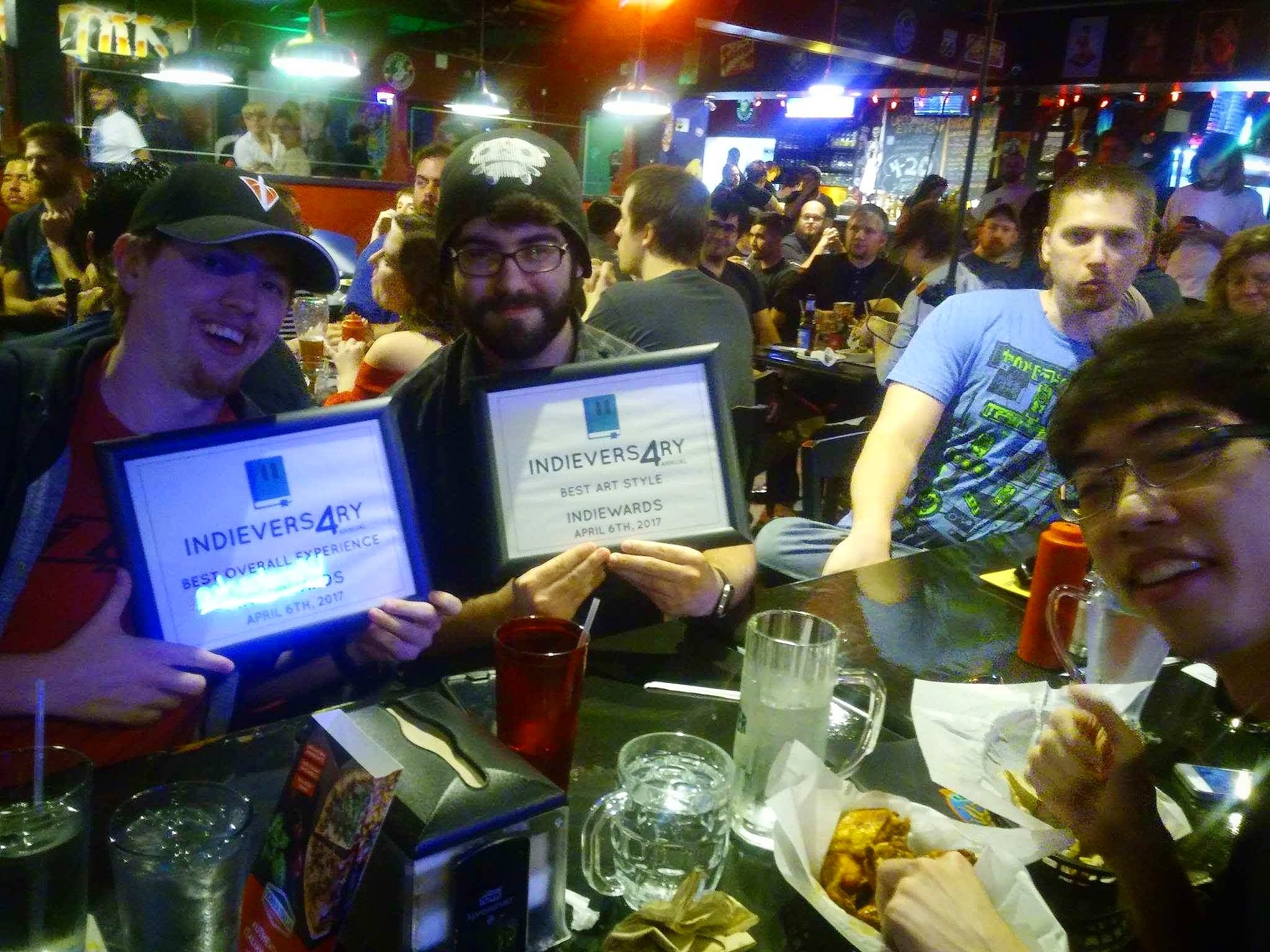 A Message from Nathan a.k.a. ThePunisher1028
Like our creative director stated a couple months ago, Scrap has been halted as far as development due to various reasons. I personally would like to make sure this game can one day reach your desktops not just in its current state but with deeper development and polish that brings you hours of enjoyment either alone or with your co-op friends. This is not something that will happen any time soon as I am taking on life but I felt that this needed to be said after receiving these awards.
I thank you for all your support.

Support IndieNomicon
The awards were to commemorate the 4th annual Indievers4ry. That is four years of bringing developers and gamers together in the Florida area. If you would like to learn more about IndieNomicon or want to support them, please visit their Website[www.indienomicon.com], Facebook[www.facebook.com] or Twitter. 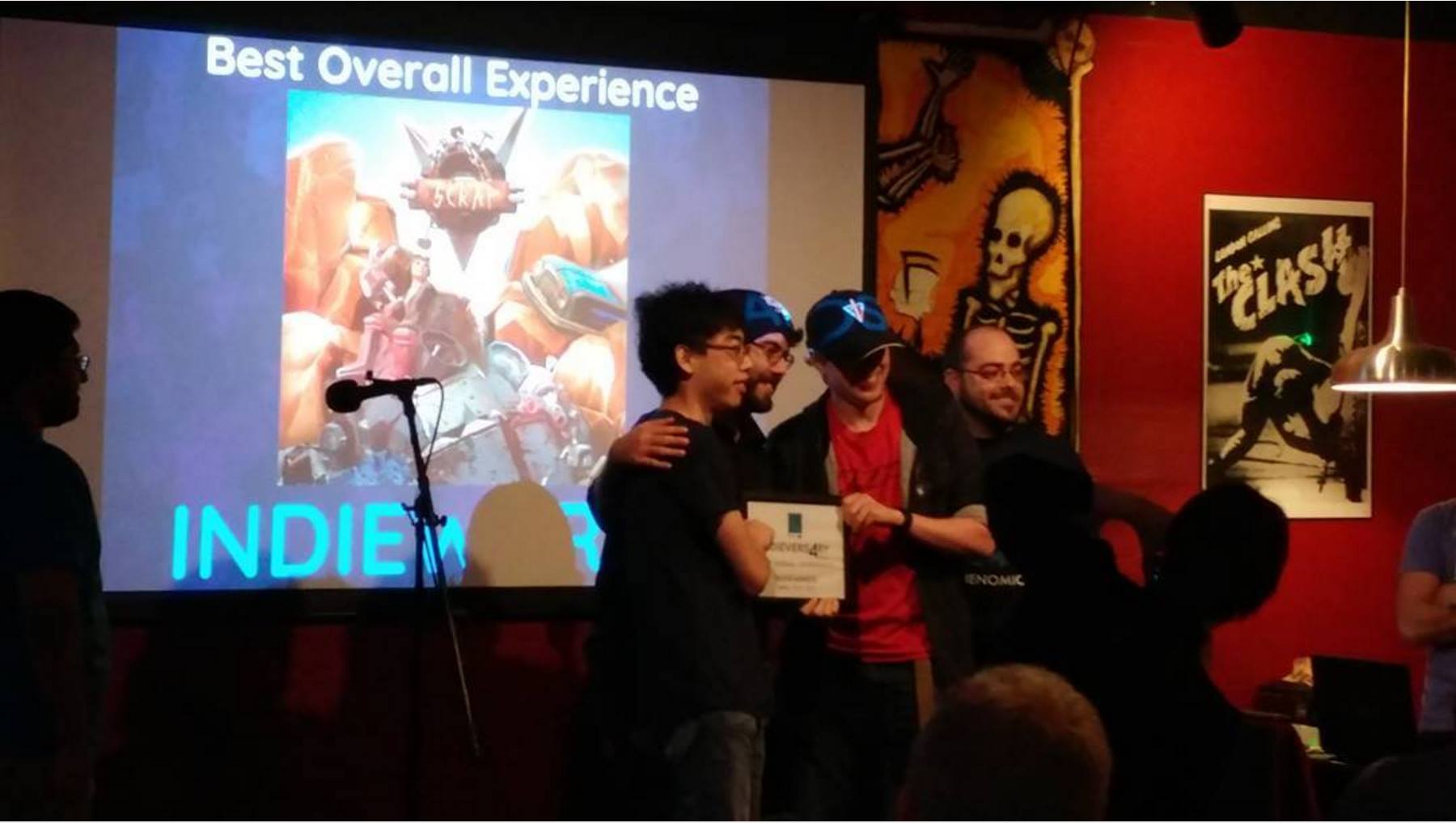 IndieAward Nominations
Hey Scrappers! It has been a while since Scrap was put on an indefinite hold for production but we are here to let you know that Scrap has been nominated for two awards by our friends at IndieNomicon!

The categories Scrap is nominated for are ''Best Use of Art Style' & 'Best Overall Experience'.
It would mean a lot if you voted for us and checked out the other great games that have presented!
- Vote Here -[docs.google.com] 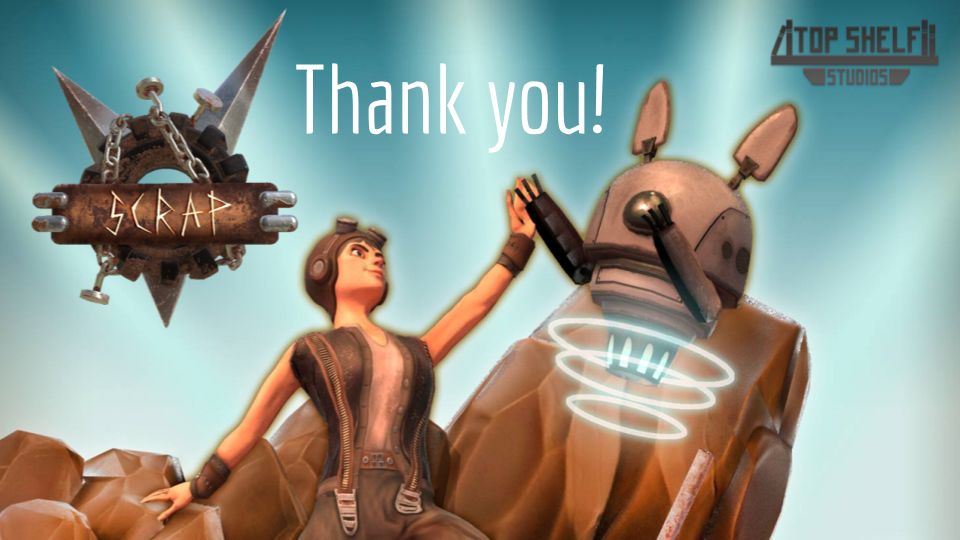 Shoot, kick, and detonate your way through a post tech apocalyptic wasteland where robots reign terror upon the resourceful Scrappers. Scrap foes, unlock weapons, play alone or with friends and take back the world.

Before the tech apocalypse, the humans built a perfect city where robots did all the work. It did not take long for technology to turn against protocol and begin taking the lives of their human counterparts. Twenty years later, the robot uprising fell apart with no way to service the larger machines. Civilization became a trail of broken metal on desolate highways. There are very few humans left, and the only ones brave enough to traverse these barren wastelands are called Scrappers.

Four Action Packed Missions
Travel through the winding desert wastes, through run down highways and train yards, to a robot graveyard. Many challenging obstacles stand between you and a goal of collecting scrap to build more powerful weapons for protection from robots. Replay each mission as many times as you want to collect more scrap or to try and perfect your run through each of the missions.

Interactive Environments
Use destructively fun and dangerous environments to your advantage, altering the surroundings by taking out bridges, sniper watch towers, obstructive crates, and explosive barrels. Among the standard enemy forces, make sure to watch out for hidden pit falls, landmines, electric fences, and even a train or two.

Thirteen Quirky Weapons
Take on and turn your foes into collectible scrap, using their rusted bolts to buy new and improved weaponry after or during a mission. Scrappers are masters of ingenuity and their punny but effective weapons show it. Collect and mix and match 4 throwable explosives with 9 unique weapons in order to take down hordes of robots to your liking.

4 Person Multiplayer
Make mayhem with up to four friends in local co-op. The more Scrappers on a mission, the higher the difficulty and number of enemies standing in your way. Make sure to pay attention for which end of the gun your friends are on because friendly fire is inevitable.

Raw Surf Rock 'n' Roll
Crank up the volume and rock on to a high energy soundtrack created by The Welzeins. Make sure to check out their work at The Welzeins Band Camp[thewelzeins.bandcamp.com].

Scrap is made by a team of 14 University of Central Florida Students under the temp pseudo name Top Shelf Studios. To several team members, Scrap is their final senior project under a Digital Media of Game Design degree. We are still continuing development, adding even more features to Scrap in the coming months!

Thank you very much for your interest in Scrap! Make sure to vote yes and share us with friends!
We ask that you follow us on Steam and social media for future news and updates:
If you have any questions, we encourage you to leave a message below.
Thank you again and enjoy Scrap! 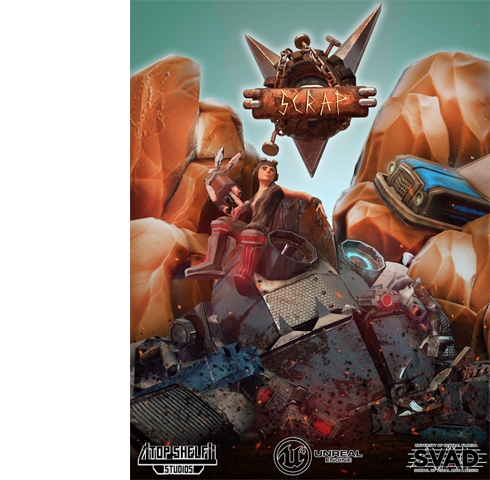 ThePunisher1028  [author] Mar 17, 2017 @ 6:16pm
Hey Scrappers! It has been a while since Scrap was put on an indefinite hold for production but we are here to let you know that Scrap has been nominated for two awards by our friends at IndieNomicon!

The categories Scrap is nominated for are ''Best Use of Art Style' & 'Best Overall Experience'.
It would mean a lot if you voted for us and checked out the other great games that have presented!

ThePunisher1028  [author] Dec 29, 2016 @ 9:03am
Scrap has passed Greenlight! Thank you all for the support! Make sure to come follow us on social media for more updates!

Scrap has been Greenlit and is now listed in the Steam store. For the latest information, purchase options, and discussions for Scrap, please see it on the Steam Store or in the Steam Community.
Visit Store Page
For more details Visit Community Hub
For latest discussions
If you really, really want to, you can continue to the Greenlight page. Information on this page may be out of date, since all the action has moved to the areas noted above.