Greenlight > Concepts > Firgof's Workshop
Greenlight is being retired. For more information on how to submit games to steam, refer to this blog post.
This item has been removed from the community because it violates Steam Community & Content Guidelines. It is only visible to you. If you believe your item has been removed by mistake, please contact Steam Support.
This item is incompatible with Greenlight. Please see the instructions page for reasons why this item might not work within Greenlight.
Current visibility: Hidden
This item will only be visible to you, admins, and anyone marked as a creator.
Current visibility: Friends-only
This item will only be visible in searches to you, your friends, and admins.
Metanoia - The Sacrifice
Description Discussions0 Announcements4 Comments5 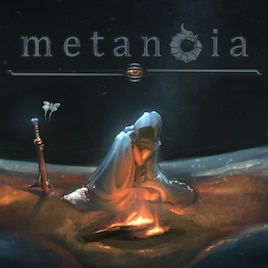 So at this point in the game's development, I'd like to let the player roll around the world some and learn some more about it. I've got a few story seeds that I think ought be a good couple minutes that'll also help bring the player more into the world's lore. I was curious what you all would be interested in playing through.

Here's the three best I've come up with so far. Feel free to pick multiple options if you like more than one of them. Read More
Description
Metanoia is a solo-developed horror adventure game that takes place in a world of gods and magic built atop the post-apocalyptic bones of a world once run by fantastic machines. We follow Iyu on a Journey to defy his fate, where for him to return home safely he must first die trying in an epic quest full of divine mysteries, puzzles, and memorable characters.

More about this game

Metanoia: The Sacrifice is an enhancement/polish pass over the original game "Ouroboros: The Sacrifice" (Winner, MAGS July 2015; Featured on GameJolt's frontpage in June 2015).

This new version will feature new areas, characters, puzzles, cinematics, user interface, and music. The engine has also been upgraded for better performance and now supports full screen HD (1920x1080) resolution rather than the prior game's locked 800x600 -- allowing the player to experience the art at its native resolution. Much of the game's iconography will also be redesigned and the lore available in the notebook will be expanded for those who'd like to learn a little more about the world the game is set in and the vibrant and unusual culture of the Firryn.

Feedback is of course welcome and encouraged! Screenshots and media will be updated as progress on the game's upgrade continues! I hope to have most or all of this upgrade ready to go by the end of January 2017.

The more confident I can be that folks are interested in this product, the more time and money I can invest in it. I am also attempting to locate a publisher, who may be able to further expand how much further I can take this game from its original source.

Meantime, feel free to subscribe to my various feeds on the right -- and, if you so choose, to donate money to my Patreon which will help further allow me to remain independent. (My username on Patreon is Firgof)
< >
5 Comments

Firgof  [author] Dec 19, 2016 @ 12:21pm
@SupaDope: Thanks! I'm working hard on it, though apparently I'm going to have to recreate this page when I push it to Greenlight. So make sure you subscribe if you want to be notified when the game's available to be voted on!