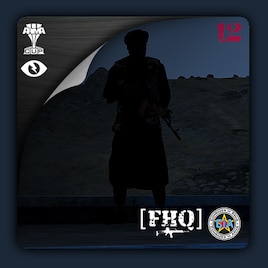 This item has been added to your Subscriptions. Some games will require you to relaunch them before the item will be downloaded.
In 1 collection by Alwarren
FHQ Coop Pack #2 (Addons Required)

Officially, we're not here. Unofficially, USMC has deployed Force Recon team Sabre to North Waziristan in the Federally Administered Tribal Area (FATA) in northern Pakistan. The Tehrik-i-Taliban, a terrorist group with lose ties to the Afghan branch of the Taliban, is using the area for opium trade.

This is a black ops. Your task is to sabotage the opium trade by destroying critical infrastructure as well as transportation. But while you are here, we have another task for you - namely, a high ranking official that is expected to be inside the facility. The message went over Sheharyar Mehsud's own desk, so there is a high chance the official is going to be Saijad Ahmadi, his second in command. If you find him, make sure he never leaves the facility.