Store Page
RimWorld>  Workshop > Supes's Workshop
This item has been removed from the community because it violates Steam Community & Content Guidelines. It is only visible to you. If you believe your item has been removed by mistake, please contact Steam Support.
This item is incompatible with RimWorld. Please see the instructions page for reasons why this item might not work within RimWorld.
Current visibility: Hidden
This item will only be visible to you, admins, and anyone marked as a creator.
Current visibility: Friends-only
This item will only be visible in searches to you, your friends, and admins. 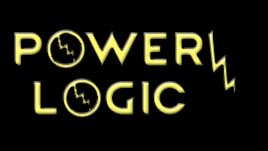 Supes
Offline
See all 1751 collections (some may be hidden)

This item has been added to your Subscriptions. Some games will require you to relaunch them before the item will be downloaded.
Description
Adds Logic Switches and sensors to your game that switch on or off power based on power input

Originally I was going to create a bunch of And Gates, Or Gates, Not Gates, but after the And gate I thought to myself hmm, needs some switches to show it off and after creating one sensor, then I decided hmm, what about a remote switch, and so on and so forth. so now it turned into a mod with an And gate and a bunch of sensor switches with some wifi thrown in for good measure.

Stay On Switch (Formally the 'And Gate Switch' in A15)
This switch is intended to be connected to 3 or more power conduits, when power is detected in 2 of the connected conduits, power is allowed through the switch until power is lost completely or flicked on/off.

Pressure Sensor Plate
This is a floor sensor switch that will allow power to transmit through it when a pawn is standing on the sensor. it will also work as a grid of Pressure Sensors in case one was not wide enough, and also contains Friend Foe detection.

Stack Sensor Plate
This is a floor sensor switch that powers on when it has over a certain amount of items on it.

Proximity Sensor
The Proximity sensor will allow power through it when someone is within its range, and disallow power when no one is in range. This type of sensor doesn't consume power, but has poor range.

Capacitor Sensor Switch
Monitors stored power levels, and turns off when power gets to the set 'low' point, and back on again when it reaches another set 'high' point.

Current Sensor Switch
This switches on when it detects positive or negative power.

Light Sensor Switch
This turns on when light level is low, this senses both sunlight and lamp lighting.

Heat Sensor Switch
This turns on when above or below a specific target temperature.

Entangled Switch
This does the opposite of whichever switch it is entangled with. Entanglement between this and another switch is permanent, so be sure you are linking to the correct switch (the Entangle tab shows the distance away from other devices, as well as a visual line to help).

Zone Switch
This switch counts the number of items within a zone.  For stockpiles, the count is restricted to allowed items.

Remote Proximity Sensor
Similar to the proximity sensor in the way that it triggers when someone is nearby, except this time without the switch component, and instead it transmits a wireless signal to a nearby receiver device. This sensor is also powered, which means it has better range that can be adjusted.

Signal Repeater
The Signal Repeater does exactly what it says, it repeats any signal that it receives on the same channel as the repeater, effectively increasing the wireless range of your Transmitter or Remote Switch

Signal Transmitter
The Signal Transmitter does exactly what it says, it transmits a signal when powered. Useful for bridging channels or when used in conjunction with another sensor to activate a Remote Controlled Switch.

Remote Controlled Door
This door does what a usual autodoor does, but when it receives a wireless signal, it can perform a series of actions.

Remote Flicker
This device flicks on any adjacent device when it receives a signal.

Remote Gizmo Servo
This device activates a gizmo button on a single adjacent device (that it is pointing at) when it receives a signal. Unlike the remote flicker, it only works when powered.

Boom Box
A Boombox that plays a sound when powered or when powered and detecting a wireless signal. If multiple boomboxes are used, then only one will be heard at a time in a "first on first played" basis.

Laser Emitter
A Laser Emitter, well, it emits a laser.  This can be paired with a laser switch to create a laser tripwire.  The beam can be bent round corners using laser mirrors and splitters.  Using more power will extend the laser length, this has the side effect of making the beam slightly hazardous to cross if high enough.  Warning, the laser emitter generates a lot of heat, consider using vents or coolers to avoid extreme heat or explosive mishaps.  The emitter beam doesn't differentiate between hostile or friendly pawns, take this into consideration if creating a laser based trap.

Laser Mirror
This Mirror can reflect a laser beam at a 90 degree angle.

Laser Splitter
This Laser Splitter, if struck by a beam at any angle, will split the beam into two perpendicular beams.

Laser Merger
This Laser Merger, if struck by one or more beams, will direct all beams towards the same direction (directed beams will exit out the wide flat side where the arrows are pointing) using refraction through a prism.

Laser Window
This wall will allow laser beams through it unimpeded

Laser Power Panel
When a laser is directed into one of the panels, the beam is diverted into a reservoir of water, the water quickly turns to steam and that steam pushes through a central turbine, causing power to be generated.

Laser Switch
This switch will turn on if struck by a laser beam.

Input Socket
All gates (with the exception of the Not Inverter) require an input socket placed directly between the gate and a power conduit you plan to use as an input.

Inverter (Not)
when put directly next to a gate, the Inverter reverses the function of the gate (e.g. AND become NAND). Note, this requires a constant power source to function

Help with logic and doors
Gambeans

Lord Asriel Apr 11 @ 4:03am
@Ibbygidge I have already used the capacity sensors extensively. However, I was looking for a map-wide option.

Ibbygidge Apr 10 @ 1:52pm
@Lord Asriel re:#1 fyi I do this by putting a stockpile of 900 cotton, then next to it a shelf for cotton, with a capacity sensor under it. I put the stockpile at like important priority, and the shelf at preferred priority. So they first fill the stockpile, then they fill the shelf. If the capacity sensor on the shelf notices low stock, it activates whatever function you want to refill the stock. I use this all the time with my deep drills.

Ibbygidge Apr 10 @ 1:48pm
Just wondering, can the door be set to lock depending on input? Like could I connect it to a temperature sensor or a switch to set it to lock to everyone?

Lord Asriel Apr 7 @ 2:35am
Hey supes! I have two requests for your zenith skill!
1. Can you make a switch that will compare a configurable value to the amount of a material stockpiled? Like, "if cotton > 1000 then ON". This, combined with gizmos on hydroponics, would allow automatically selecting which plant to grow depending on current stockpiles.

2. This is the big one, it will make (imo) your mod truly shine. Could you let us create ICs somhow? So that, if I have 10 of your switches combined in some way, i could compress them into a 1x1 IC?

SirKucharTTV Apr 7 @ 2:35am
OMG YES!!! Thank you very much. I was looking for that.. Now I can use it even better with time power switches.

SirKucharTTV Apr 4 @ 7:29am
Anyone know better option to connect stuff to power conduits? atm it is auto connection in random spot. Any mod to allow me choose where something has to be connected?