Store Page
Kenshi >  Workshop > zartury's Workshop
This item has been removed from the community because it violates Steam Community & Content Guidelines. It is only visible to you. If you believe your item has been removed by mistake, please contact Steam Support.
This item is incompatible with Kenshi. Please see the instructions page for reasons why this item might not work within Kenshi.
Current visibility: Hidden
This item will only be visible to you, admins, and anyone marked as a creator.
Current visibility: Friends-only
This item will only be visible in searches to you, your friends, and admins. 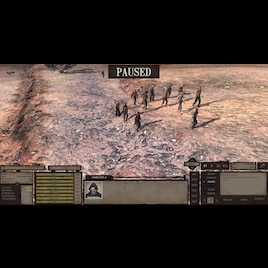 zartury
Offline
See all 695 collections (some may be hidden)

This item has been added to your Subscriptions. Some games will require you to relaunch them before the item will be downloaded.
Description
Creates spawnable recruits for almost every region in the game. The recruits spawned are now related to the faction that inhabits that region. Therefore, recruits will not be found in places where no one inhabits.

Skeletons are predominantly found in Deadlands, Floodlands and Obedience, besides other areas like Swamper territory, Empire territory and Tech Hunter territories.

Humans are found anywhere there are human settlements, so excluding Vain and Shek territories. Tthe factions they come from are based on the area they are found wandering in, so Deadcats are usually found up north, Holy Nations in Hidden Forest and Holy Nation territories, Empire in The Hook and Empire, and so on.

Sheks are predominantly found in Spider Plains and Stenn Desert, but you can find them also in the Empire territory and Tech Hunter territories.

Hivers are predominantly found in Vain, but you can find them also in the Empire territory and Tech Hunter territories.

5% for all areas where villages/towns are found in.

Link for those who wish to modify the mod to their liking:

Juroguy Johnson Dec 7, 2021 @ 5:30am
Can confirm there are southern hivers, sometimes in the hub, usually in the stenn desert in the united cities.

From what I remember from my last update (back when I had the mod) that they were added in, but only for locations where they naturally roam. It also depends on relations with the faction of southern hide too, if too negative may be impossible to recruit. If that is holding you back from recruiting them, you can try capturing them, place them in a prison cell and see if the dialogue will trigger from attempting to talk to them from there. I know that this trick worked with my cannibal mod which was had negative relation stats and would attack on site.

BeasteBeat Mar 5, 2021 @ 2:11pm
Wondering if southern hiver's are in these recruits as well or not. Trying to make it so southern hivers can be recruited in an organic way

Jabroni Binyot Dec 8, 2020 @ 1:04am
Hello, huge fan of this mod as it allows me to play a skeleton only run quite easily and its quite balanced with its prices. Thank you so much.

However, one little tiny complaint. The wandering recruits of skeletons I find are ususally always only the standard skellies. I have only found one that was a headless variant lol, it would be cool if it was more equal with the P4 units and Soldier bots, so there is some variety.

It depends on whether your active map covers an area where hivers spawn (bigger than the immediate screen). If so, then they will be coming from that area to roam into the holy lands, especially in order to get to a road. Unfortunately, though I have lost my mod, verifying through Steam I see that Holy lands only get holy wanderers. So cannot figure whether some else could have happened.

zartury  [author] Sep 26, 2020 @ 7:00am
Yes, those are actually the guards. They are not recruitable, they are simply guards for the recruits.

zartury  [author] Sep 19, 2020 @ 7:18am
To mod the squads spawn rate in this mod (not game engine, as you are aiming to increase the spawn rate of rare characters), you will need access through launching Kenshi via steam app. It will give the option of running the game or making a mod. Once in there, a list of mods should appear at the bottom, select this mod's name and click load. There would be a tab for changes made by the mod, clicking on that will reveal the changes made to the vanilla game and those added to the vanilla game (the spawn rates are those added to the game). You should be able to change them from there.

Or the faster way would be to disable the game engine (plus increase the number of squads in the options menu), as the spawn rates without it would be greater in many places, while major cities it may be lower.

I would need more details on which recruit doesn't work (name, faction), as most of the recruitables are the common vanilla characters within the game. It could be a bug, but that would be with the devs to fix (unless that character was dropped, don't know). I have not really done anything with those recruitables except plopping them into squads with the guards I created.