Store Page
Don't Starve Together>  Workshop > FelixTheJudge's Workshop
This item has been removed from the community because it violates Steam Community & Content Guidelines. It is only visible to you. If you believe your item has been removed by mistake, please contact Steam Support.
This item is incompatible with Don't Starve Together. Please see the instructions page for reasons why this item might not work within Don't Starve Together.
Current visibility: Hidden
This item will only be visible to you, admins, and anyone marked as a creator.
Current visibility: Friends-only
This item will only be visible in searches to you, your friends, and admins. 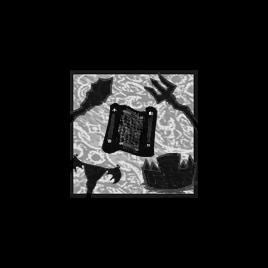 This item has been added to your Subscriptions. Some games will require you to relaunch them before the item will be downloaded.
In 1 collection by FelixTheJudge
TheJudge's Collection of Don't Starve Mods He Made

Requires Shadow Manipulator.
Recipe: Torch, Nightmare Fuel x3
Stats: 3x duration of normal torch. Provides no heat. Can not burn objects. Drains sanity when held. Attacking and right clicking objects with the torch will haunt them instead of burning them.This action costs 10 sanity.
Can be disabled in configuration options.

3 of the mods items can only have their recipe obtained by finding these.
These blueprints have increased fuel value and also let out the same scream
that living logs do when burnt.


NOTE: Flying Terror is currently disabled and you no longer need to defeat them to obtain the bat staff. 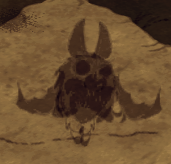 Flying Terror's are only enabled when the Vampire Staff is enabled.
It spawns from holes that appear underneath living trees.
Digging up the stump of a living tree or cutting down a burnt living will spawn the cave hole underneath it.
The Flying Terror spawns at dusk, and will head back into its cave at day. It summons 3 shadow minions on combat start and periodically summons stationary swarms of bats that attack anything that touches them.
Any minions that are alive by daytime will vanish.
Each Spooky Den has 1 Flying Terror, and if slain will only respawn after a new moon.

Please no comments about balance or DS version.

Donate to my paypal if you wish to help me out further/thank me for this mod.

HavocLordX Dec 4, 2017 @ 6:30pm
When can we expect the re-release of shadow/tools weapons? And I thought as much, so it won't be as "Dapper" As some of the normal stuff. because it's literally made of darkness, this kinda stuff seems perfect for Maxwell or Charlie [Mod Character]

HavocLordX Dec 4, 2017 @ 1:03pm
That'll do. so, keep away from anyone wielding shadow tools, eh? Cause of the insanity aura they wrap around you.

Giant Breadbug Dec 3, 2017 @ 9:32am
@Wolfgang, shadow tools will be changed and nerfed, because Felix's design despite it's good, it's too op for the game unrewarding theme, They'll be chop faster, but at cost of sanity and will give insanity aura, also, they'll have same as gold durability or less.

HavocLordX Dec 3, 2017 @ 9:22am
also, to be more specific on the durability options, can you give us the option to make these shadow tools and weapons last forever? [Infinite Durability]

HavocLordX Dec 2, 2017 @ 9:41am
Neutral, if you don't mind...and if it's not much trouble, could you add a durability configuration option to this and shadow tools? and on the shadow tools mod, maybe a shadow shovel? for those who want to be able to dig up graves as well.