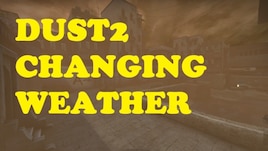 This item has been added to your Subscriptions. Some games will require you to relaunch them before the item will be downloaded.
In 1 collection by lmtlss
The CW Collection

You will notice that a high level of attention has been given to how various weather patterns play out on the map. This can most notably be seen during rain-events where puddles appear around the map and fires are extinguished.

These maps represent an attempt to change weather throughout a game and to demonstrate what is possible using the Source engine. This is the first time such changing weather patterns have been incorporated into a version of Counter-Strike.

You can see more of Luke's work at: twitter.com/lmillanta
Lewis does not have a Twitter because he is a bad human...
Popular Discussions View All (1)