Greenlight > Games > Gavra Games's Workshop
Greenlight is being retired. For more information on how to submit games to steam, refer to this blog post.
This item has been removed from the community because it violates Steam Community & Content Guidelines. It is only visible to you. If you believe your item has been removed by mistake, please contact Steam Support.
This item is incompatible with Greenlight. Please see the instructions page for reasons why this item might not work within Greenlight.
Current visibility: Hidden
This item will only be visible to you, admins, and anyone marked as a creator.
Current visibility: Friends-only
This item will only be visible in searches to you, your friends, and admins.
Warriors: Rise to Glory!
Description Discussions2 Announcements5 Comments132 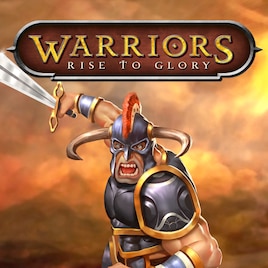 Gavra Games
Offline
See all 8 collections (some may be hidden)

View Warriors: Rise to Glory! in the store

To all our fans, rivals and everyone else who patiently waited for the Alpha version to come out. IT'S FINALLY HERE!!!

THIS Wednesday we plan on releasing "Warriors: Rise to Glory!" 2nd closed Alpha.
Haven't signed up yet?? Sign up here: Here are a few updates for all our fans:

Last month, "Warriors: Rise to Glory!" has won the "best indie of the year" award orginaized by PC-Galaxy in the "Game-On!" convention.
We want to thank our fans who voted for us and helped us achieve this great award!

We are working around the clock on the new alpha version of the game. We want to provide the BEST gaming experience you can get and this takes some time.. So hold on, it's coming soon!
The Alpha will include special features like:

*Shops! you can now use your hard earned gold to buy new weapons, armors and other cool stuff.
*Improved graphics
*A more balanced and polished game
*A small taste of the Single-Player Campaign
*A cool boss fight with special skills and abilities... Introducing: "The Cliff!"
*more weapons and armors you can earn

We aim to release the new alpha in early February. once we'll a specific date, we will let you know. :)
If you want to participate in the next alpha be sure to sign-up for our newsletter!:
http://www.warriorsrtg.com/alpha-signup

Read More
Description
Release date: Q1 2017
Warriors: Rise to Glory! Is a Turn-Based Battle game with RPG elements (Huh?!)
Enter the arena and plan your fight in turn-based battles!
Level up your warriors, get stronger with each battle and decide the fate of your opponents.

Please check Key features below.. You'll get the idea.

Story
The terrible emperor, Ayziz terrorizes the realm of “Indiekingdom” with an unwashed fist! In search for the strongest warriors, Ayziz uses his dark and potent powers to create a multi-universe portal to teleport millions of warriors from different timelines and places around the universe. Arriving near butt-naked through the portal, with only a crusty cloth to cover their shame, the warriors are manipulated to believe that in order to get back to their homeland they must fight their way through blood, guts and glory.

Once, you were a great chieftain! You ruled with honor and justice. All that has changed when the dark portal appeared over the sky and sucked you into the "IndieKingdom". Now, you must win your freedom back by rising above all other warriors!

Our plan:
We plan to release Warriors: Rise to Glory! on Early Access in Q1, 2017. Our goal is to develop the game together with our community.

Be sure sign up to our newsletter for updates on the game:
{LINK REMOVED}http://www.warriorsrtg.com/alpha-signup

Warriors: Rise to Glory! has been Greenlit and is now listed in the Steam store. For the latest information, purchase options, and discussions for Warriors: Rise to Glory!, please see it on the Steam Store or in the Steam Community.
Visit Store Page
For more details Visit Community Hub
For latest discussions
If you really, really want to, you can continue to the Greenlight page. Information on this page may be out of date, since all the action has moved to the areas noted above.