Greenlight > Games > Rafik's Workshop
Greenlight is being retired. For more information on how to submit games to steam, refer to this blog post.
This item has been removed from the community because it violates Steam Community & Content Guidelines. It is only visible to you. If you believe your item has been removed by mistake, please contact Steam Support.
This item is incompatible with Greenlight. Please see the instructions page for reasons why this item might not work within Greenlight.
Current visibility: Hidden
This item will only be visible to you, admins, and anyone marked as a creator.
Current visibility: Friends-only
This item will only be visible in searches to you, your friends, and admins.
Member of War
Description Discussions0 Announcements7 Comments35 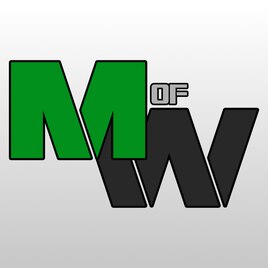 We are proud to introduce all new update what brings us a step closer to our official early acces Steam release. Bringing lots of new features, improvements, fixes, balances & changes to the game.

It has been quite sometime since we lastly updated Member of War but are really exited to announce our newest release 0.9.3.0 what brings new sound updates, weapon replacements, new HD models, Secondary Turrets, bug fixes and many more.

Expect soon a full update video on our channel about Release 0.9.3.0 find all the new features down below:

We hope you will all enjoy and that we will see you back at the battlefield!!

Read More
Description
Member of War is a multi-player game in which player takes control of military vehicle and fights against players of enemy team using standard or sci-fi weapons, like plasma or laser guns.

Some of you can notice that this game was already on Greenlight. We had to remove it due to the issues with publisher. But now the game is back with new title and improved graphics. Moreover we decided to release it as free to play!

You can download the installer of the game launcher or latest game build here:

Features:
Of course it is not the final version of the game. We have many ideas to develop it if the game becames quite popular. :)
< >
35 Comments

but i do understand limits.

thanks for this little experience, and wish you the best!.

Rafik  [author] Aug 21, 2020 @ 9:38am
Well, unfortunetly we reached the point when we realized how much expensive this project is in order to keep this game alive for a longer period of time. It became much more ambitious than we assumed at the beginning and it is out of our capabilities (we are not professional game developers).

Rafik  [author] Jul 22, 2018 @ 9:08am
We want to release it on Steam when we belive that the game is good enough for it. That is true that it was a while since we got green light, but we are constantly working on it and from time to time we release updates (currently only available from our Launcher). But we are close to reach our goals.