Store Page
Master of Orion>  Workshop > Spud Dastardly's Workshop
This item has been removed from the community because it violates Steam Community & Content Guidelines. It is only visible to you. If you believe your item has been removed by mistake, please contact Steam Support.
This item is incompatible with Master of Orion. Please see the instructions page for reasons why this item might not work within Master of Orion.
Current visibility: Hidden
This item will only be visible to you, admins, and anyone marked as a creator.
Current visibility: Friends-only
This item will only be visible in searches to you, your friends, and admins. 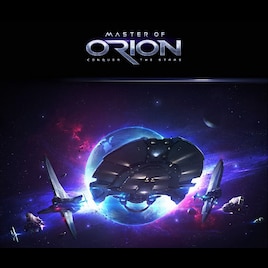 Frost_DeatH
Offline
See all 127 collections (some may be hidden)

This item has been added to your Subscriptions. Some games will require you to relaunch them before the item will be downloaded.
Description
Spud Dastardly presents the biggest Master of Orion: Conquer the Stars mod in the galaxy! This mod is massive overhaul of the gameplay experience. It's effectively a full expansion pack for the game. It includes a total rebalance of every aspect of gameplay, new technologies, improved AI, and much more. For a broad overview of what this mod does, see the Readme on Nexus Mods[file-metadata.nexusmods.com].

The Unofficial Code Patch by WhatIsSol is highly recommended for use with or without this mod! You can get it on Steam or on Nexus Mods[www.nexusmods.com]. Be sure to follow the UCP install instructions on the UCP mod page. If you are going to use UCP with 5X, it is necessary to use the 5X UCP Compatibility mod (5XCPC)

5X was featured in a series of videos by YouTubers Mal and Sabouts a while back! They played two games on impossible difficulty (using version 2.3.1). You can see it on Youtube.

I also recently did an interview with eXplorminate[explorminate.co] along with WhatIsSol about 5X and UCP.

I've put many hours of work into this mod! If you would like to show your appreciation with a donation, you can do so here.[www.nexusmods.com]

Version 5.1 Changes:
Any feedback is welcome, and I'm happy to answer questions about specific changes.

Also check out these related mods:
For reference, the correct load order for the above mods if you should choose to use any of them is:

Sensei  [author] Jun 15 @ 9:13am
I dont think there are biomes that dont pollute. You need structures to clean that up. (Worst biomes of course have that much cleanup rate that you need to work really hard to mess them up)

Dragon Jun 15 @ 7:10am
So I had just built the Cybernetic Biome for my home planet, it stated that I would no longer have to deal with pollution, yet I am still getting polluted on my home world. Did I read it wrong or is it broken? @sensei

Sensei  [author] Jun 6 @ 11:53pm
The messed up custom race screen scould be explained by wrong load order. Resubscription should have put ucp to the top, i guess, which is wrong.

nameistoad Jun 6 @ 6:58am
@mightymouse hey man, welcome to the game.
1> you can change the order of the mods on the mod screen by using the very small arrows to the left of the mod bar. Not the most efficient system, but it's what we've got.
2> none of the specials work on the homeworld unless you get the ucp installed correctly. You say you've got "the correct unofficial code patch", but it's actually a little tricky. Need to follow the directions WhatIsSol gives on the description page for UCP to get it installed properly. If it is installed properly, you'll see the UCP version on the main menu screen in game. latest is 6.2a

MightyMouse Jun 6 @ 6:47am
Note: I just tried unsubscribing to all the mods and resubscribing in the correct order. I hope this is a solve.
I am, however having one problem which has not been solved by my resubscription. In the custom race build screen there are a bunch of options for specials other than "Artifacts" for your home planet. I tried selecting rare heavy metals, but it does not actually show up on my homeworld. I have this mod loaded, plus the correct Unofficial code patch, Diverse Specials Lite v2.5 for 5x, and 5x UCP Compatibility Mod. The other mods I have have nothing to do with modifying perks. Any idea what's happening with this?

MightyMouse Jun 6 @ 6:08am
I feel foolish for having to ask, but how do I control load order? I'm not seeing any options for that in the game's mod menu and click-and-drag doesn't work.

jasz Jun 4 @ 10:09pm
Finally got it to work. It took this: Uninstall MOO and UNSUBSCRIBE to ALL workshop items-- 2 steps there. Then, goto users/appdata and programFiles/steam/steamapps and user/documents -- delete the MOO directories. This ensures you are starting from scratch. Then install MOO and subscribe in the order you need to have them in your list (while making sure the list always is in the right order if you are checking mod by mod like I did, it won't put them in the order you subscribed always.)
With the reinstall, I can now start new games finally, and all mods reinstalled too, which says to me corrupt MOO file somewhere, likely caused by modding or trying out mods.

NoWayi Jun 1 @ 11:55am
@RanDoM thx i did check it out a bit, so i guess i will stick to small circle maps with lot of ais

about the pop thingy i wasnt really aware of this "pop curve" i just read it in the guides and i remember seeing ai civ transports,so i assume the ai doing ti guess i should start to do it as well :)

RanDoM Jun 1 @ 11:07am
@NoWayi the fleet splitting issue is well known by WhatIsSol ( UCP ), and is difficult to address, you may have a lot on its mod discutions.
For the pop growth, AI have a boost on higher difficulty settings. So indeed an AI will have unreal food/prod/science outputs, to balance with their AI flaws. So yeah, if you focus food, you'll be able to reach AI's growth, but you'll have a bad production/science where they don't ^^
< >