Store Page
XCOM 2>  Workshop > DerBK's Workshop
This item has been removed from the community because it violates Steam Community & Content Guidelines. It is only visible to you. If you believe your item has been removed by mistake, please contact Steam Support.
This item is incompatible with XCOM 2. Please see the instructions page for reasons why this item might not work within XCOM 2.
Current visibility: Hidden
This item will only be visible to you, admins, and anyone marked as a creator.
Current visibility: Friends-only
This item will only be visible in searches to you, your friends, and admins. 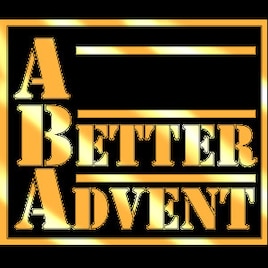 This item has been added to your Subscriptions. Some games will require you to relaunch them before the item will be downloaded.
In 2 collections by DerBK
A Better Modlist #5: ABA2 + Shadow Ops LW

NOT COMPATIBLE WITH WAR OF THE CHOSEN!

A Better ADVENT is an ambitious enemy and AI overhaul, introducing more than 60 new enemies. It focuses on making enemy encounters more exciting by introducing variety through dozens of enemy variants and by completely overhauling the AI. This mod's goal is not just to add more enemies to the game... it strives to be the centerpiece of a modlist, providing not only more enemies, but - as the name of the mod says - "better" enemies that open up new lines of gameplay. To that end, a high priority has been put on making AI changes and improvements, both global (Mimic beacon behaviour, engagement ranges, ...) and local (Snipers stay back, Shotgunners flank, ...).
The mod also improves the way that enemy pods are put together, increasing enemy counts and peppering quest missions with appearances by notable new enemies.
A Better Advent is not only adding some random stuff, it directly improves the core gameplay.
___

FAIR WARNING: A Better ADVENT is considerably harder than the vanilla game and is designed around a squad of 6-8 soldiers instead of the default 4-6. To learn more about the changes this mod does to enemy squad sizes and mission generation and how you can tweak them, read here: http://steamcommunity.com/workshop/filedetails/discussion/793861140/282992646972938696/
To give a pointer towards some recommended mods for an ABA playthrough, i made a post here: http://steamcommunity.com/workshop/filedetails/discussion/793861140/282992646985620375/
___

Check this out, so you don't complain afterwards when you mess up your campaign because you thought it would be a good idea to run this together with LW2: https://derbk.com/abetteradvent/compatibility/
___

This mod wouldn't exist without several people that helped with their contributions, either directly or by allowing me to pilfer some things from their own mods. Thanks go to:

Atheran, who did many of the changes to visuals. Without him, this mod wouldn’t look even a fraction as good as it does now. Thanks, man.
CMDBob, for the ADVENT weapon models from his “Total ADVENT Weaponry”
Swinka666, for fixing the Firestarter animations
Rayman!, for his Call Reinforcements mod
Klavickus, for the russian translation
Cornelian, for the French translation
ADVENT Avenger, who did some of the Chryssalid AI
Long War Studios, for their Alien Pack, a truly endless source of stuff I shamelessly ripped off
Kobazco, for his Elite Viper mod
xylthixlm, robojumper, Yzaxtol and numerous other modders who helped me out many times when I asked stupid questions on Discord and reddit.

Any modder is allowed to pilfer, re-use or re-upload any of ABAs assets, scripts, doodads and thingamajigs in any way or form that he wants to. This of course doesn't extend to the assets that i took myself from other people like Kobazco's Elite Viper or Long War Studio's Muton Centurion and Drones. When in doubt, just ask.
Popular Discussions View All (28)

Feedback and praise after my L/I Campaign:)
DjAci

Alien loser Jun 22 @ 9:15am
ah, thank you! Was just wondering, since i've been having a few issues getting my mods working!

DerBK  [author] Jun 22 @ 9:10am
It can be activated mid-campaign. Once it is activated, you can not de-activate it without starting a new campaign, though.

(Also make sure this is the correct version of the mod, if you have WotC please use the WotC version)

Alien loser Jun 22 @ 8:49am
So, would it be able to work with a pre-existing game or would I have to start a new one?

anjildhamala Sep 14, 2019 @ 2:51pm
@DerBK
Not a dig at your mod at all. I was just helping out anyone else who stumbles across it in the future.

DerBK  [author] Sep 13, 2019 @ 8:21pm
Instead of getting pissed off, you could alternatively have read the description of the mod where it says:

FAIR WARNING: A Better ADVENT is considerably harder than the vanilla game and is designed around a squad of 6-8 soldiers instead of the default 4-6. To learn more about the changes this mod does to enemy squad sizes and mission generation and how you can tweak them, read here: http://steamcommunity.com/workshop/filedetails/discussion/793861140/282992646972938696/

anjildhamala Sep 13, 2019 @ 8:11pm
I'd recommend most people to play this only up to Commander difficulty if you want to stick to 4-6 soldiers squad as this mod gets kinda "Ramo"-ish without a happy ending. I've had to deal with 40+ enemies(most of them with 2+ armor) in most of my missions in Legend. Kinda pisses me off but I do have the option to lower the difficulty to alleviate the challenge.

jworm Aug 5, 2019 @ 2:57pm
That is sad, but understandable. Though, after having tried it a little, I'd like to adress that your mod (so far) has made Advent a much more interesting enemy. I would like to see a mod someday that makes Advent behave more human (stand guard and all that, not only walk around in pods) during concealment though, as I don't see how that would impede the gameplay too much.

Either way, thanks for the response!

BenMcKenn Aug 5, 2019 @ 1:02pm
Yep, I saw your note that I should have a bigger squad and/or lower my difficulty; I'll definitely be looking into that!

Can you recommend a good squad size mod? I've seen a few, but with lots of complaints about bugs too.
< >