Greenlight > Games > Max | Crunchy Leaf Games's Workshop
Greenlight is being retired. For more information on how to submit games to steam, refer to this blog post.
This item has been removed from the community because it violates Steam Community & Content Guidelines. It is only visible to you. If you believe your item has been removed by mistake, please contact Steam Support.
This item is incompatible with Greenlight. Please see the instructions page for reasons why this item might not work within Greenlight.
Current visibility: Hidden
This item will only be visible to you, admins, and anyone marked as a creator.
Current visibility: Friends-only
This item will only be visible in searches to you, your friends, and admins.
Stars of Icarus
Description Discussions0 Announcements2 Comments79

STARS OF ICARUS was just Greenlit and will be coming to Steam!
Thank you so much to everyone who voted and supported us!

For those who are curious, here are our final stats:

After 5 days on Greenlight, we just broke into the Top 100!

We're actually already at #90 to be precise, and it's all thanks to you guys, our amazing community!

Thank you so much for all your votes and support! <3

If we keep this up, we should be greenlit in no time :)

Read More
Description
Release date: Early 2017
Overview
Stars of Icarus is a 2D Roguelike Space Shooter with a skill based combat system. Explore, loot, craft and fight your way through a mix of procedural and hand-crafted levels. Upgrade your ship with newfound technology, weapons and items crafted from the resources you gather. 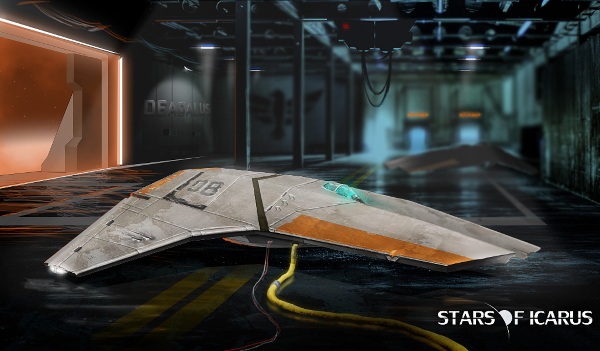 Gameplay
Combat is designed to be deep and rewarding, where your choices can make a huge difference. Analyze your enemies, prepare your ship, and hone your skills to become the most deadly Warrior. You will travel from Sector to Sector, upgrade your ship and fight enemies, to get to the next Jumpgate and that bit closer to your goal. The game is designed to be a "Roguelite", with resources and some types of upgrades lost when you die, and other upgrades carrying over from run to run.

Development Process
We want to be as open and transparent as possible with our development process, and already have a history of doing so on our previous game. Promising a pie in the sky and then not delivering is not the way to develop a good community relationship, we would rather talk about things openly and involve the community in making the game better. Going into Early Access and gathering player feedback is therefore essential. We've had a great experience with this in the past and hope to carry it on into the future. 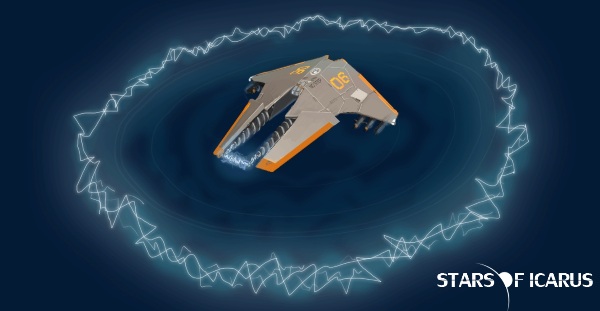 Current State and Plan
All the features listed and mentioned above are already finished and working. What's needed now is balancing and polish, getting the progression tuned, and adding even more items, enemies and bosses. There is also more art to be added, most noticeably in the UI, and high quality sounds are needed to replace the current placeholders.

The game is currently in Pre-Alpha. A Release on Steam Early Access is planned for PC and Mac in Early 2017.

About Crunchy Leaf
Hi, I'm Max, the lead developer and designer of Stars of Icarus, and founder of Crunchy Leaf Games. Stars of Icarus is my passion project and a love letter to classic Space Games like Starscape and Escape Velocity. It's also trying to capture that amazing "tough but fair" combat, such as in Dark Souls, another personal favorite of mine.

We are a very small team, and really depend on you, the community, for support. If you like the game, please do go ahead and leave a vote, and if you have a minute or two perhaps tell a friend who you think might like it.

Thank you very much for your time and your consideration!

PurposelyDrifting Nov 23, 2016 @ 4:12am
think I've played a bunch of games like this... it needs something more... not sure what. graphically looks coherent. has me curious, but unlikely to play unless I see someting unique. I'll have to revisit...