Store Page
Starbound>  Workshop > bk3000's Workshop
This item has been removed from the community because it violates Steam Community & Content Guidelines. It is only visible to you. If you believe your item has been removed by mistake, please contact Steam Support.
This item is incompatible with Starbound. Please see the instructions page for reasons why this item might not work within Starbound.
Current visibility: Hidden
This item will only be visible to you, admins, and anyone marked as a creator.
Current visibility: Friends-only
This item will only be visible in searches to you, your friends, and admins. 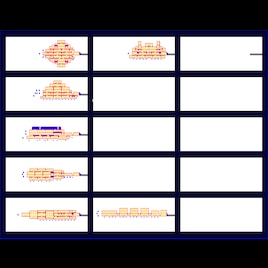 This item has been added to your Subscriptions. Some games will require you to relaunch them before the item will be downloaded.
Description
Coming soon
Better support for custom race pets(one race at at time) and other issues with them as I find them(or they're reported).
Probably some more ships.

Requires(makes use of) my Blocks and Objects mod which you can get here
http://steamcommunity.com/sharedfiles/filedetails/?id=757860462

Ever have a hard time deciding between vanilla ships and build-your-own shipworlds? Why not have it all? Replace your ship with every ship and a customizable shipworld plus more.

bk3000  [author] May 13 @ 1:22pm
I would say I probably figured out what I missed before. But I need to test properly before updating.

Fi May 13 @ 4:35am
#1 - I assume .logs gets larger and larger the longer Starbound is played for that particular session before it creates a new log and backs up the old one for the next session—erasing the oldest .log in the process.

If that is the case, I figured that particular log might be helpful to you since it contains the entirety of the time I spent playing for that session, but I can quickly launch and close Starbound if you want a much shorter .log; I only stole a glance, but I think my .log managed to reach ~1000 kb—double Pastebin's file size limit of 512 kb.

#2 - No problem! Hiccups happen, and I didn't get far on that character anyway. I wonder... is it possible to revert back to T0 via "/spawnitem shipT0" to get my B.Y.O.S. ship back? If so, I can do that and wait for a patch/updates to Shipyard Rebuilt since I am in no hurry to play and have no intention of uninstalling the mod because it seems like it would be a rather interesting addition to F.U.'s B.Y.O.S., @bk3000

bk3000  [author] May 12 @ 8:36pm
@Fi
Well lets see.
1. Pastebin is generally free up to some limit or another. Something is very wrong if your logs have grown larger than that. Otherwise you can just click Create Paste without logging in.
2. It sounds like something happened that should not have happened, sorry about that! Namely it sounds like your ship upgraded. FU-BYOS requires you to stay on Tier0. It probably has to do with a quest, but IIRC I had it look for a FU-BYOS related quest and abort if it was running. Or so I thought was the case.

When I have time, I'll check it out and get it fixed. I kinda meant to make this mod more FU-BYOS friendly anyhow (such as you getting the BYOS option for vanilla races too). Maybe some other form of integration.

So I don't know if I didn't test well enough, or something changed. Again sorry about that.

Do you know why my custom ship resets to my chosen race's default ship upon accepting or completing a quest from Esther Bright or Penguin Pete?

After entering my ship for second time after character creation to narrow down the cause, I selected the B.Y.O.S. option via S.A.I.L., and I noticed that after talking to Esther Bright or Penguin Pete—whichever "repairs" or offers to repair my ship, my custom ship would be no more.

My race is an Angel , and despite having the race's B.Y.O.S. patch installed , this is the only other mod I had recently installed that seems to alter player ships within their entirety alongside Frackin' Universe's built-in B.Y.O.S.

I have the .log file if needed, but I could not paste it in Pastebin due to its... paywall, so if you know of an alternative you consider safe and trustworthy, let me know.

Cosmic Sep 22, 2019 @ 6:38am
So it has to be a vanilla species for the ship to replace the ship, correct? I may have to jury-rig a bit of something... Anyways I was hunting for this specific ship for awhile! Glad its still alive!

on an unrelated note, i started a new peglaci character, but the ship is... human. (i'm using both of the addons for this mod)
and once i was able to unlock the rest of the shipyard, the shipyard itself wasn't there
so i skipped around using techs (in admin mode, because of energy depletion) and found the other ships, but the yard itself only had the bridges connecting to the ships and.. that's it.

... there's also a random white ship without anything to step on all the way to the top somewhere. took me a while to find it but now i can't find it again lol

bk3000  [author] Sep 21, 2019 @ 1:44pm
As far as integrating, I'd first need to move the things that happen in Tier 0 (the shipyard being initially placed) into Tier 1. To let vanilla races have a pure BYOS option that they choose when making a character - rather than defaulting to the Shipyard. Although I usually assume people installed this because... they intend to use it LOL. Still it would be better to ask at the beginning like FU does now.

The next thing is like with Mad Tulips - I detect if FU is running or not. If so spawn anything needed from the BYOS locker. I can also do the same sort of shipworld data alterations FU BYOS is looking for. Plus the BYOS ship is pure blocks + objects. I could do a one-time spawn of those tiles and objects, and set the player spawn point there and teleport the player there if they choose the BYOS option.

And maybe tweak mission/dialog as needed. Since right now it mentions the shipyard no matter what.