Greenlight > Games > Specimen Yarp's Workshop
Greenlight is being retired. For more information on how to submit games to steam, refer to this blog post.
This item has been removed from the community because it violates Steam Community & Content Guidelines. It is only visible to you. If you believe your item has been removed by mistake, please contact Steam Support.
This item is incompatible with Greenlight. Please see the instructions page for reasons why this item might not work within Greenlight.
Current visibility: Hidden
This item will only be visible to you, admins, and anyone marked as a creator.
Current visibility: Friends-only
This item will only be visible in searches to you, your friends, and admins.
Primal Pursuit
Description Discussions1 Comments24 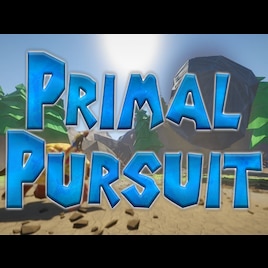 TommyBomb
Offline
See the collection (may be hidden)

View Primal Pursuit in the store

Store page
Description
Release date: Late 2017
Straight from the front page of Game Jolt comes the thrilling, boulder-dodging, battle racer that is "Primal Pursuit." After receiving a great reception, we are now confident in bringing our game to Steam Greenlight!
"Choose your clan, mount your tribal war animal and brace yourself to compete in the ancient death races of the giants!"

Try the prototype right now for free at: http://gamejolt.com/games/primal-pursuit/200044

That is only the beginning. If we are Greenlit, we will continue to develop the game and take advantage of its huge potential to release it on Steam.


Primal Pursuit's unique battle racing experience throws players into a deadly race track in an ancient competition. Players must harness their mount's powerful abilities to fight to the front of the pack while also avoiding the erratic giant's boulder on its destructive journey of obliteration.

Proudly created by a small, student team at QUT Australia. You can play the result of our year’s efforts on Game Jolt now and see for yourself how committed our team is to providing new and exciting game experiences. You can also check out the many Let’s Plays of us on Youtube, which all show how exciting this game is and how they demand it to be developed further.

Cheeze Toast Nov 1, 2016 @ 1:49pm
I mentioned your game in a video of mine: https://www.youtube.com/watch?v=V3KxY5V4qdg&ab_channel=CheezeToast

Slow Ren Oct 30, 2016 @ 4:11am
This game is really fun and when the full version comes out I will definitely buy it, the only thing I think it's missing is secrets, please add more secrets, thanks. P.S. more secrets.

Primal Pursuit has been Greenlit and is now listed in the Steam store. For the latest information, purchase options, and discussions for Primal Pursuit, please see it on the Steam Store or in the Steam Community.
Visit Store Page
For more details Visit Community Hub
For latest discussions
If you really, really want to, you can continue to the Greenlight page. Information on this page may be out of date, since all the action has moved to the areas noted above.