Store Page
Cities: Skylines >  Workshop > SamsamTS's Workshop
This item has been removed from the community because it violates Steam Community & Content Guidelines. It is only visible to you. If you believe your item has been removed by mistake, please contact Steam Support.
This item is incompatible with Cities: Skylines. Please see the instructions page for reasons why this item might not work within Cities: Skylines.
Current visibility: Hidden
This item will only be visible to you, admins, and anyone marked as a creator.
Current visibility: Friends-only
This item will only be visible in searches to you, your friends, and admins. 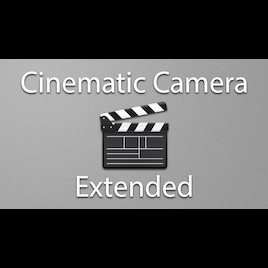 SamsamTS
Offline
See all 15115 collections (some may be hidden)

This item has been added to your Subscriptions. Some games will require you to relaunch them before the item will be downloaded.
Description
Compatible with Cities Skylines 1.10.0-f3 (Park Life)
Capture different camera positions and play a cinematic transition between them.

Instruction
Click on the clapboard icon (can be moved with right mouse button) at the bottom right of the screen or press C to display the user interface.

Click the + button or the + key on the keypad to capture the current position of the camera and add it to the path.
You need at least 2 captured points to be able to play a cinematic.

You can edit the easing (auto recommended), duration, delay and fov of each point to fit your needs.

This is especially useful if you get stuttering because you can record at a lower, more stable frame rate with the simulation in sync and speed up your recording in post production for a smooth video.

Save/Load
Hit the Save/Load button to manage your saved paths.
Enter a name and click Save to save the current path.

Thank you for:
★ rating this mod
✍ leaving your impressions below
☞ supporting me with a donation[www.samsamts.com]
< >
145 Comments

xmicha3lx Aug 6 @ 1:57pm
How do you prevent the jerky playbacks? I notice in some sectors, the playback is quite smooth and in other areas staccato. I know these are all framerate issues but am wondering what is recommended in order to make a smooth video.

ARTFX Jun 7 @ 8:46am
@JulienB you can actually find the saved camera paths in the Cities Skylines game folder and you can open the XML files to see the settings and edit them. Change the setting related to height and save the file, then load it in the cinematic camera mod and it'll use the position you set in the XML file. Little workaround, but it works.

Pexal May 29 @ 12:34pm
@JulienB You can get the Camera Positions Utility or the more recently created and release ACME 0.3 mod

JulienB May 6 @ 9:02am
Does anyone know if there is a way to get lower to the ground? Whenever I get ground level it readjusts slightly higher. I am using enhanced zoom mod.

Fred Furner May 5 @ 11:14am
I've had an on-again, off-again issue where some vehicles are stuck in the same position, just reversing and winding back up - I suspect it might have something to do with TM:PE but wondering if anyone has a fix. It's a shame this mod is as buggy as it is without any great alternative.

JAQREL Mar 11 @ 6:21pm
My game freezes every time I use this mod to make a cinematic! I think it's this mod because I've tried disabling a lot of mods, and when I used the original Cinematic Camera mod instead, no problem! also used the auto cinematic camera in the vanilla game, no problem too! help anyone this is the only proper cinematic mod in the workshop...

Meesmoth Feb 24 @ 12:31am
Can confirm, I'm having the same issues with @Pete. It started occuring for me after the Airports DLC release, last November 2021 the mod still works fine for me.