Greenlight > Games > MegaGlest Team's Workshop
Greenlight is being retired. For more information on how to submit games to steam, refer to this blog post.
This item has been removed from the community because it violates Steam Community & Content Guidelines. It is only visible to you. If you believe your item has been removed by mistake, please contact Steam Support.
This item is incompatible with Greenlight. Please see the instructions page for reasons why this item might not work within Greenlight.
Current visibility: Hidden
This item will only be visible to you, admins, and anyone marked as a creator.
Current visibility: Friends-only
This item will only be visible in searches to you, your friends, and admins.
MegaGlest
Description Discussions0 Announcements3 Comments61 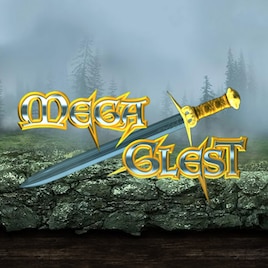 View MegaGlest in the store

Over the past couple of weeks, several contributors have spent a good amount of time on testing pre-release Steam builds, bug reporting, bug fixing, and testing again. A few functional changes also took place, and several people have improved the translations.

This said, we are now applying the final polish and should have a release out during the coming four weeks.

Thanks for your continued support and patience as we're getting ready to rumble.

...on our progress - the paperwork is done, we are now looking into the fun stuff, making MegaGlest work well with Steam. And we are already making good progress there. We will announce on Twitter and our e-mail newsletter[megaglest.org] once MegaGlest goes public on Steam.

Read More
Description
MegaGlest is an entertaining open source cross-platform 3D real-time strategy (RTS) game, where you control the armies of one of seven different factions: Tech, Magic, Egypt, Indians, Norsemen, Persian or Romans. The game is setup in one of 17 naturally looking settings, which -like the unit models- are crafted with great appreciation for detail. A lot of additional game data can be downloaded from within the game for free.
< >
61 Comments

I'm following this game since I was in college, it was just "Glest" then. I'd be happy to play this game again.

tomreyn  [author] Mar 7, 2017 @ 6:40pm
MegaGlest comes with a built in down-loadable content (DLC) system (but this is not the place to discuss such topics).

drakkar123 Feb 21, 2017 @ 5:17pm
This game is fantastic. I have played Glest for years, and switched to MegaGlest when it came around, and loved it even more. Its one of my favorite RTS games, and really, its better than many commercial games. Glad to see it is Greenlit and coming to Steam.

MegaGlest has been Greenlit and is now listed in the Steam store. For the latest information, purchase options, and discussions for MegaGlest, please see it on the Steam Store or in the Steam Community.
Visit Store Page
For more details Visit Community Hub
For latest discussions
If you really, really want to, you can continue to the Greenlight page. Information on this page may be out of date, since all the action has moved to the areas noted above.