Greenlight > Games > FrigidFire's Workshop
Greenlight is being retired. For more information on how to submit games to steam, refer to this blog post.
This item has been removed from the community because it violates Steam Community & Content Guidelines. It is only visible to you. If you believe your item has been removed by mistake, please contact Steam Support.
This item is incompatible with Greenlight. Please see the instructions page for reasons why this item might not work within Greenlight.
Current visibility: Hidden
This item will only be visible to you, admins, and anyone marked as a creator.
Current visibility: Friends-only
This item will only be visible in searches to you, your friends, and admins.
Dodge Academy
Description Discussions1 Announcements2 Comments22 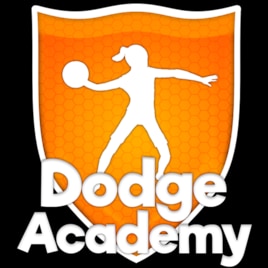 FrigidFire
Offline
See all 2 collections (some may be hidden)
Recent Announcements View All (2)
Update #2
November 24, 2016 - Jay-Jay

We are incredibly happy with all the support we have received towards Dodge Academy and greatly proud to see that we have been greenlit!

We are still working away to produce content we are proud of so we can share our progress with the community, we are very close to adding the new character models and animations to the game and hopefully soon after we will announce our closed alpha. But until then stay tuned and we will post more content updates here and on our social medias!

Thanks for all your support!

While we have been working hard on this project for quite sometime we haven't had the chance to really show it off and now that we finally have we are greatly relieved and excited to continue to reveal and show updates and new features coming to the game.

We are still working out some of the elements of the game we are hoping to keep you all updated with what we are adding and how the game is evolving.

If you wish to follow the game development closely you can watch our lead artist at https://www.twitch.tv/jbarty he is also able to be followed on Twitter
We are currently hard at work replacing the current placeholder player with a customisable one, when that is done we will release some new gameplay footage and give some people the chance to test the game out in a closed alpha test (more about this in a later announcement)

If any of you are confused about the pumpkin heads we did a small update before recording to add a little bit of Halloween spirit and as an example of what we will offer with other festive updates!

Again thanks for all your support I hope you continue to help us make this game the best it can be!

Read More
Description
Dodge Academy brings you back to school and to your classic dodgeball competitions. Bring your friends with you to take on strangers or play amongst yourselves in private matches with teams of two or up to even six players. Remember the struggle of dodging multiple
balls flying at you? Learn to use your quick reflexes to Dodge, Duck & Slide out of harms way and return those balls back on your opponents.

Dodge Academy is a game based on a classic game of school yard dodgeball. The game puts two teams up against each other where they both aim to hit the other team out by throwing them with the balls or by catching the balls that the other team has thrown to eliminate all of the other team’s players.
The matches last for a set number rounds or the team that wins the most rounds in the given time limit is the team that comes out victorious. Earning themselves more experience and in game currency which can be used to unlock some new customizations.

Vote now and follow alongside us as we continue to develop Dodge Academy!
Popular Discussions View All (1)

This Game Could Be Fun
Blank
< >
22 Comments

Mr. Homer Jan 10, 2017 @ 11:13am
Hey, if your interested i coud promote your game or/and if you need/want i test the game to write a review for it and find glitches/bugs if there are any.
Also i can get some more testers if necesary, Add me if interested in steam or send me a mail: Liecis19@gmail.com

izuchat Oct 29, 2016 @ 7:48pm
This takes me back. Good luck with the rest of development. Looking forward to kicking some ass-- I mean, nailing some unlucky saps in the jewels, just like old times. ;)

Grub Oct 18, 2016 @ 3:17am
Was priveliged enough to be a tester for this game. Was quite fun and look forward to climbing the dodgeball ladder.

Solarstrike Oct 17, 2016 @ 4:17pm
Voted. the world needs a new Dodgeball video game. Not since Super Dodgeball for the SNES has there been a good one. Good luck and make the animations hilarious

Pixelated4Pete Oct 17, 2016 @ 8:52am
Did you add pumpkinheads before you added african americans? shameful