Store Page
Garry's Mod >  Workshop > Voikanaa's Workshop
This item has been removed from the community because it violates Steam Community & Content Guidelines. It is only visible to you. If you believe your item has been removed by mistake, please contact Steam Support.
This item is incompatible with Garry's Mod. Please see the instructions page for reasons why this item might not work within Garry's Mod.
Current visibility: Hidden
This item will only be visible to you, admins, and anyone marked as a creator.
Current visibility: Friends-only
This item will only be visible in searches to you, your friends, and admins. 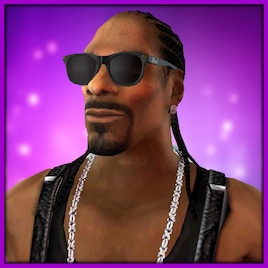 Snoop Dogg is an American rapper and actor from Long Beach, California. His music career began in 1992 when he was discovered by Dr. Dre of N.W.A, and as a result was prominently featured throughout Dr. Dre's solo debut album, The Chronic (1992). He has since sold over twenty-three million albums in the United States and thirty-five million albums worldwide.

Blobfish Mann Oct 30, 2021 @ 7:40pm
@Voikanaa what happened to that 8 Mile Eminem Model that was on the workshop a while back? was it deleted?