Greenlight > Games > ptausani's Workshop
Greenlight is being retired. For more information on how to submit games to steam, refer to this blog post.
This item has been removed from the community because it violates Steam Community & Content Guidelines. It is only visible to you. If you believe your item has been removed by mistake, please contact Steam Support.
This item is incompatible with Greenlight. Please see the instructions page for reasons why this item might not work within Greenlight.
Current visibility: Hidden
This item will only be visible to you, admins, and anyone marked as a creator.
Current visibility: Friends-only
This item will only be visible in searches to you, your friends, and admins.
In Space
Description Discussions0 Announcements1 Comments23 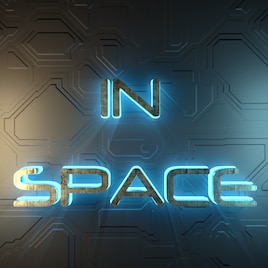 Yes! Here we are with our fresh and new demo for the game!
Download it, try it, shoot like there's no tomorrow and let us know what you think we might improve!
ENJOY AND FIRE AT WILL!

Do you want a game so TRASHY that even the trash itself would say "Dude, that's so trash!"? That's our game!
PS1 STYLE TOPDOWN SHOOTER GAME

On an alien planet, your only hope is to find a shelter but sometimes a shelter becomes a trap!

Prepare yourself to step once again into the TrasH...

NOT A PIXEL ART GAME

Do you remember the old style games from PS1?
Those games were so difficult that sometimes you had to throw away your joypad. They used to make you scream so loud to defeat the final boss that your parents would yell at you from the living room.

That's the game we're working on right now. We wanted a not-so-old-school game. A game with pre-rendered-backgrounds, tons of enemies and where you don't have to bother too much about the storyline.

Here is some specs about our game:

-Twelve levels with super-characterized backgrounds ( 100+ different rooms)
-More than 8 different enemies (done until now, but we're working on other monsters)
-Six different weapons (like flamethrower, laser-machine gun, plasma rifle, grenade launcher)
-Three Bosses
-Two FMV (full motion video) ( just like the PsOne classics ;) )
-Explosions everywhere!!! (a lot of stuff in this is game gonna blow up, including the player itself)
-Every asset of this game is made with Blender, an open source software.
-The game is for Windows only for now.

RadleyGirl  [author] Oct 18, 2016 @ 5:17am
Hi, everybody! Here we are with our fresh and new demo for the game!
Download it, try it, shoot like there's no tomorrow and let us know what you think we might improve!
ENJOY AND FIRE AT WILL!

Kalinka, we're sorry to hear that. Follow us, maybe we'll make you change idea with the development of the game! :)