Greenlight > Games > Journey's Workshop
Greenlight is being retired. For more information on how to submit games to steam, refer to this blog post.
This item has been removed from the community because it violates Steam Community & Content Guidelines. It is only visible to you. If you believe your item has been removed by mistake, please contact Steam Support.
This item is incompatible with Greenlight. Please see the instructions page for reasons why this item might not work within Greenlight.
Current visibility: Hidden
This item will only be visible to you, admins, and anyone marked as a creator.
Current visibility: Friends-only
This item will only be visible in searches to you, your friends, and admins.
Darkness Anomaly | Open World Horror | CRYENGINE
Description Discussions5 Announcements5 Comments346 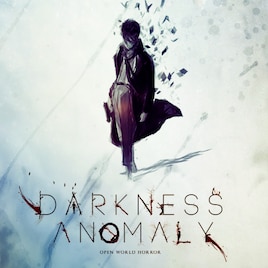 Journey
Offline
See all 30 collections (some may be hidden)
Recent Announcements View All (5)
Darkness Anomaly Demo Available on Facebook
May 1, 2017 - Journey

But just a few words upfront, as again this world is six months old, custom and facial animation were not included in this version yet.
Also the UI-Design is outdated aswell as it goes for the first UI-Elements in the game, many things has been removed completly and fixed. The riddles in this build are placeholders and so is some of the environment and all those things are long time replaced and fixed.
This build serve to provide the feeling and atmosphere allthough you can spend about 1-2 hours in it, playing it.

Thank you for your interest on Darkness Anomaly and i hope you have a great week!
(Yes you can record & stream it)

I would also really appreciate if you guys could support me with Patreon!

Darkness Anomaly will be on Steam in the next two weeks for you to play!
You will be able to download, play and record it! I hope you are as hyped as i am to finally be able to play Darkness Anomaly! In the next weeks, i will continue working on Darkness Anomaly and if you guys, are interested in following the whole development process of this game, you are more then welcome to follow me on Twitch! Because i will stream it daily! Ýou can leave a follow right here: 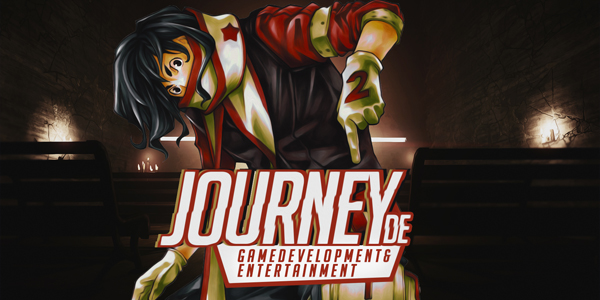 I would also like to ask you my little anomalies, if you want to support me? It would be amazing if i can get a little help on Patreon! This would help me with so many things like:

Just check out the page, its up to you, what you're gonna do with it!

And as a thank you, for all the support you gave me here on Steam. A few very new Screenshots! 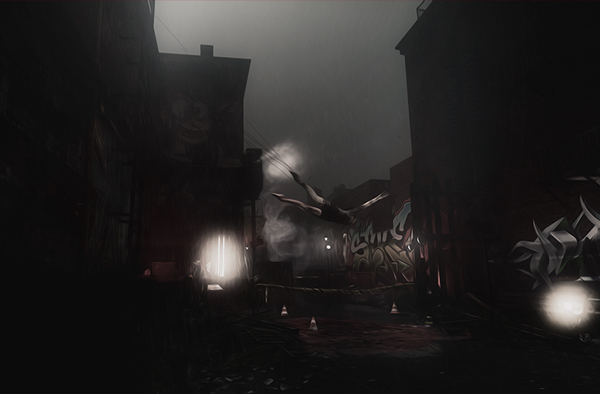 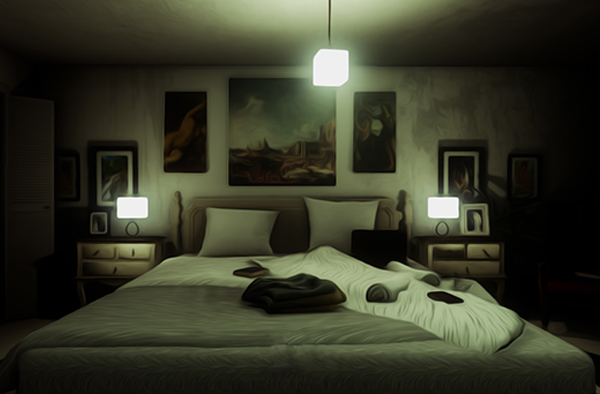 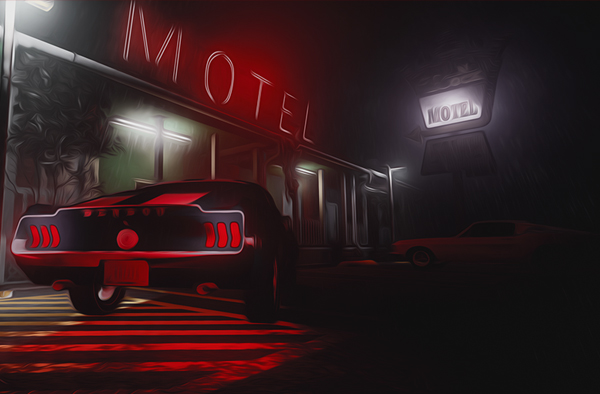 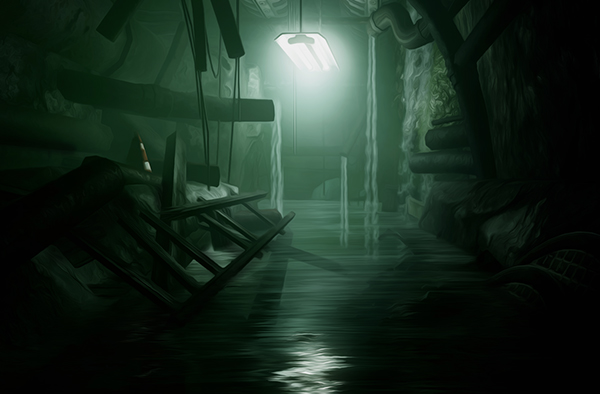 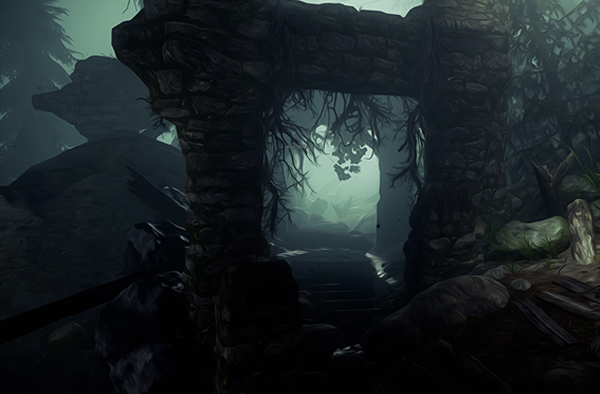 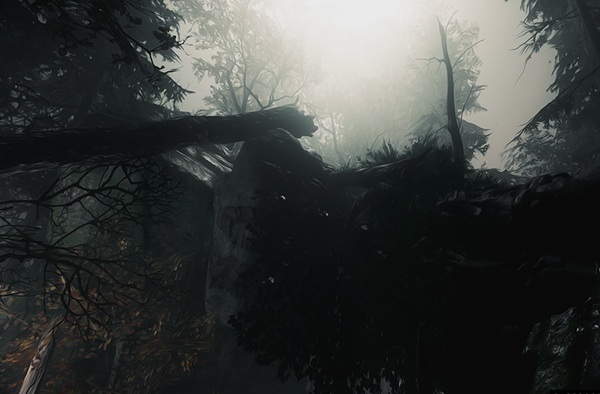 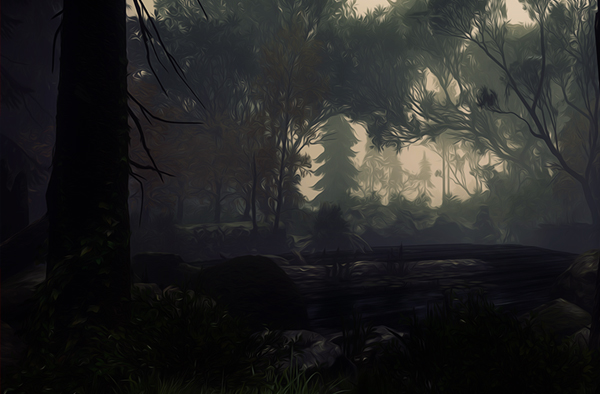 Darkness Anomaly
is not just a horror game.
It is a game with a moving story; a story that matters because it depicts sensitive issues. As an artist / developer, I want to convey a message through this medium that is important to me. Through my game, you will walk the path of those who have been affected by violence, alcohol abuse, bullying, suicide. The impact such abuse has on the psyche of a child is unmeasurable. And yet, it happens every day in this world and the reasons and motifs are as complex and deep as the people who are affected by them. Victim or perpetrator, witness or accuser - more often than not we feel we know the difference between right or wrong.
But the truth is always more complicated than it seems.Nothing is ever just black or white.
Yes, Darkness Anomaly is a horror game. But it’s also so much more, as it gives me the opportunity to trespass into unknown territory; to present an immersive experience that makes you live through the story rather than standing by and watch.

STORY
It all starts with Aaron; a little boy who’s too wise for his age. Stubborn, clever and with his very own view of the world. A little rebel, even, following his own path, developing his own ideals. In his eyes, this world was a gift that nobody seemed to appreciate the way he did. Silently, he watched how humanity devoured this beautiful gift, unworthy of it. We come and take, ravage and kill and never give back. With wide eyes, Aaron witnessed it all falling apart and slowly turned his back on humanity.

And so it begins.

If nobody hears you cry, you scream into the darkness. You scream until you are sore and tired and that’s the moment when you enter the void. Welcome to the world of the occult.

Enter this world through the eyes of Nick Reeves; a rundown Detective of the Cleveland Police Department. He returns to his small hometown of Kingdom Valley when strange and terrifying things start to happen. Gruesome murders hint to a ritual killer, or even a cult. Our protagonist does not only have to face these brutal and bloody crimes, but also his childhood memories. buried deep within him when he tried to leave this place behind An abusive father,a clever boy - it didn’t end well, most of the time. But Nick learned how to always get back up on his feet.

Lessons of life, as his father would say. But as much as Nick wants to escape them, they make him the man he is today and also a damn good detective.
When strange things start to happen, impossible to explain with reason, another force enters the game. When people go crazy, can you trust your own eyes? How far will you go to explore the depth behind this mysterious case? Will you dance with the devil or find your guardian angel? Is there a demon in this town or is humanity the true evil in this world?

A cult has taken root, they say. And a name whispered in the shadows: Vassago.

Enter the world of Darkness Anatomy and follow your own path to redemption or despair. Don’t just stand by, take action, because your decisions matter. 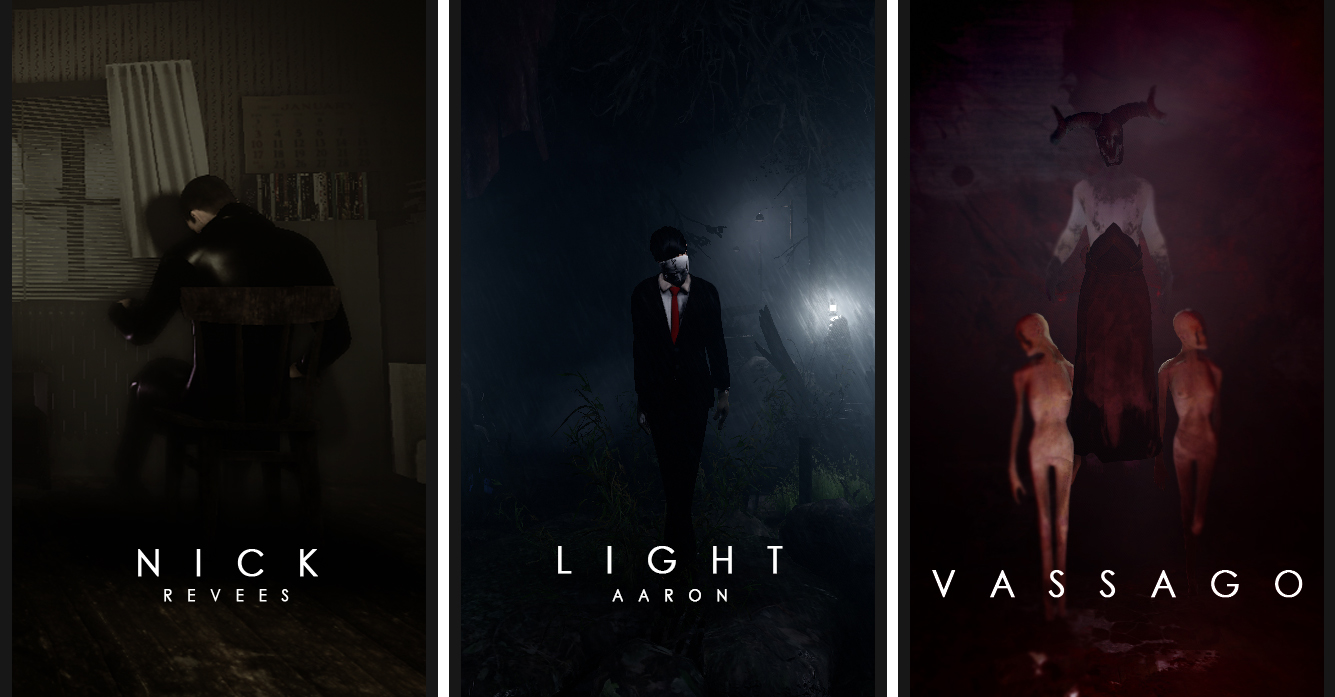 You will enter this world alone. Walking in the shoes of detective Nick Reeves, you are armed with your own wits and your weapon of choice. But while combat is a part of the game, you will have to treat carefully and choose your options, wisely. Ammunition and supplies will be limited, and there are other ways to encounter your enemies than brute force.

First of all, you will have to solve the case. As with all good Noir stories, you will have to unravel a mystery and get to the bottom of it - and somebody will always be in your way, or cover up what you try to drag into the light, watching you from the shadows.
A woman is dead, her lifeless body left behind in an ally in a most horrifying fashion. You will have to face the crime scene and search for clues, follow up on your findings, talk to witnesses and bystanders alike. The way you approach people will matter and shape the path ahead. Will you talk sweet or try to intimidate your subject? Will you trust the evidence or listen to what people have to say? It’s all in your hands.
You will have to research on your own and not all the information will be in the game for you to pick up. Imagine being Nick, and note things down before you forget about them. Always follow your notes and do your research - in books, on the internet, in real life. Sometimes people won’t talk to you directly, but listening in on a conversation in a bar might drop a clue that’s crucial to solve the case.

Follow your instincts and conquer your own fear, collect evidence, solve puzzles and learn more about the occult as you go. If you want to stand a chance against the supernatural powers involved and free the captive souls of victims past, you have to remember - and act when the time is right. And always remember: we all have to answer for our sins one day.


PHILOSOPHY
Darkness Anomaly doesn’t rely on jump scares to create a threatening experience; the premise is paranoia and concern, the fear of the unknown. Following this premise, even daring situations are rarely solved with knives and bullets. Your mind needs to be razor sharp as your reflexes and curiosity is key - yet, you have to be careful to not be the cat that’s killed by it.
There’s imminent danger and also very immediate threats you have to face. Things can go wrong, quickly, and most of the time your own actions are what leads to your own ascendance or demise. Make your own choices, unravel the mystery or chose to be blind and bash your way through - the path is open.
The choice is yours.

"I will take the darkness as my guide. Create a world within and hide. Create an abyss no one would ever find the bottom of. And you will stop creating words into bullets and shooting them at beauty. Now, the world will catch fire because you are the scars of it. The scars i have decided to heal by beeing the flame, ignited on the ashes of hope. You created me. I am the result of your mirror. You can't escape me, you can't escape you." - Aaron

Read more about Darkness Anomaly right here from the tumblr post from the amazing guys of
"Think Indie Games" really great guys & they helped me out a lot!
http://think-indie-games.tumblr.com/post/149524708786/help-darkness-anomaly 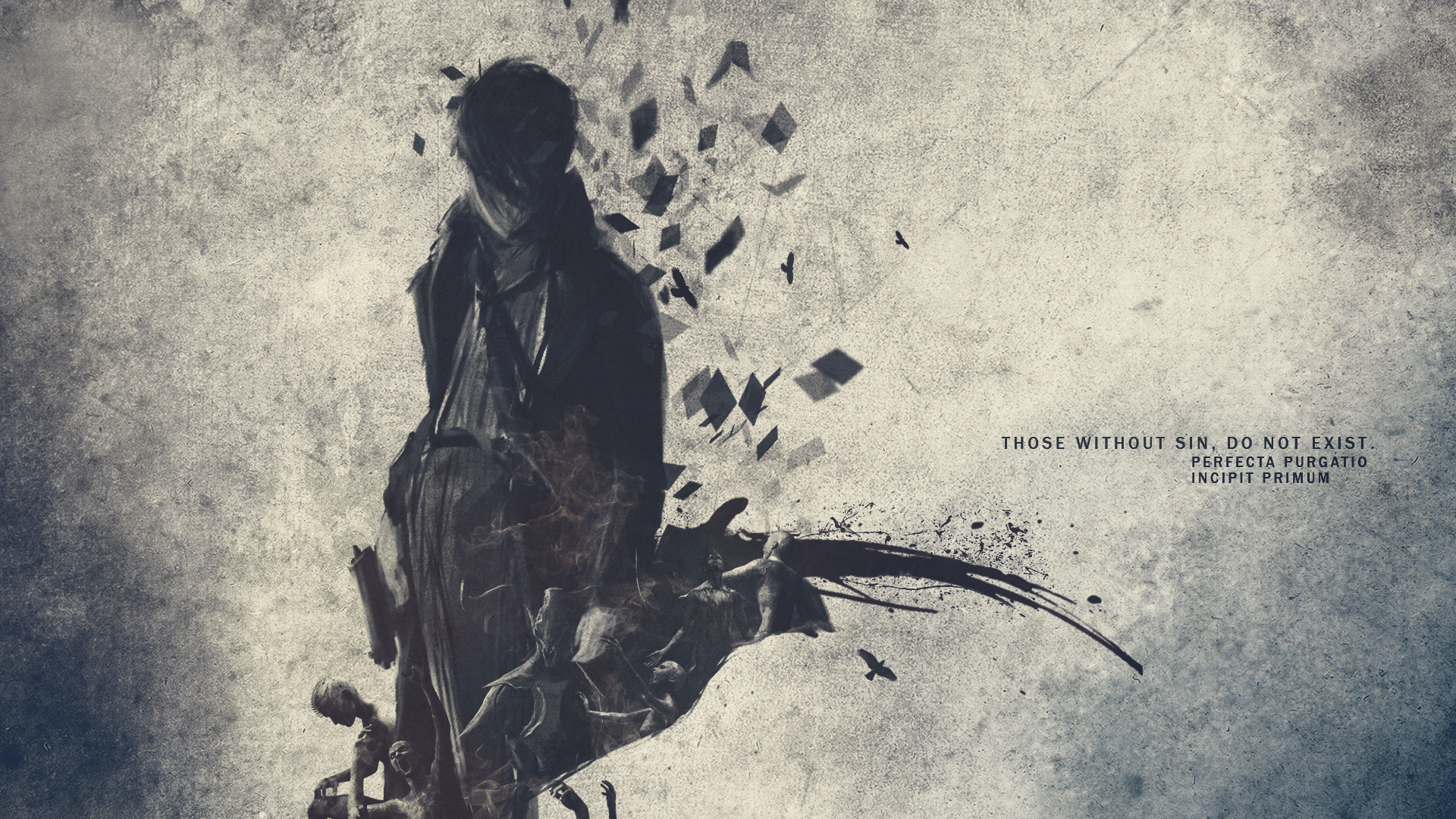 Your suggestions for a good horror experience. Your opinion counts!
Journey

Journey  [author] Oct 29, 2017 @ 2:57pm
@GCMTX Yes of course. We are working on it! =) Keep up with the updates right here:
www.facebook.com/darknessanomalythegame

mommster Apr 26, 2017 @ 1:30pm
I played an early version of Darkness Anomaly at a conference yesterday and i have to say it is a really stunning experience! The idea, game design, gameplay, artwork, everything is just great. It's an outstanding horror and exploration game in my opinion. I can't wait to see more

WolfBlindWolfie Mar 24, 2017 @ 7:19am
I am so excited for your final game, ever since playing your first teaser demo it was amazing. can't wait for the final product/

I think im not gonna bring out the demo on steam, since i've been focusing to much on the core game in the last weeks. But if you want to have the demo, i would be glad to send it to you if you wish in a few days. Hit us up on our facebook page: www.facebook.com/darknessanomalythegame