Store Page
Garry's Mod>  Workshop > Sanikku's Workshop
This item has been removed from the community because it violates Steam Community & Content Guidelines. It is only visible to you. If you believe your item has been removed by mistake, please contact Steam Support.
This item is incompatible with Garry's Mod. Please see the instructions page for reasons why this item might not work within Garry's Mod.
Current visibility: Hidden
This item will only be visible to you, admins, and anyone marked as a creator.
Current visibility: Friends-only
This item will only be visible in searches to you, your friends, and admins. 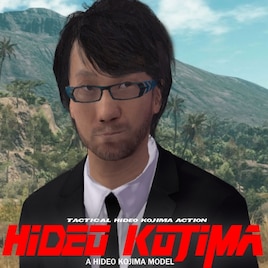 This item has been added to your Subscriptions. Some games will require you to relaunch them before the item will be downloaded.
Description
-=READ DESC BEFORE COMMENTING OR SUBBING=-
ALSO DONT BE THIS GUY [i.imgur.com] (CLICK THAT)
^for those not getting the point, I don't want anyone to spam stupid off topic content comments that make no sense whatsoever, I've been using that same picture for a year and people are now getting mad, wow 2016 is gr8^

Who is hideo kojima you may wonder? here you go "Hideo Kojima (小島 秀夫 Kojima Hideo?, born August 24, 1963) is a Japanese video game designer, screenwriter, director, and producer. He is the director of Kojima Productions, which he originally founded in 2005,http://www.konami-digital-entertainment.co.jp/en/news/release/2009/0317/index.html and a former vice president of Konami Digital Entertainment.https://www.engadget.com/2011/03/30/hideo-kojima-becomes-vp-of-konami-digital-entertainment/http://www.ign.com/stars/hideo-kojima He has been regarded by some to be an auteur of video games.[4][screenrobot.com]

He is the creator, director and writer of a number of widely praised video games, including the Metal Gear series of stealth games, and the adventure games Snatcher and Policenauts, and he also directed or produced games in other series, including Zone of the Enders, Boktai, and Castlevania: Lords of Shadow."


-=IF USED IN A SERVER WITH POINTSHOP, MAKE SURE ITS IS AVAILABLE FOR EVERYONE NOT JUST ADMINS, DONATORS, ECT.. (Steam group members are ok aslong as the group isn't invite only)=-
I did this model out of boredom, as a form of paying homage to kojima's retirement from konami, and to pay my respects to Metal Gear's death.

Features:
-Boygroup for the glasses
-Faceposing
-Skin group for beard and shaved face
-pm with Viewmodel hands
Discalimer: Metal gear solid is unfortunately owned by Konami. The assets used for this model are taken from MGSV. But Kojima, Kojima owns himself okay, he is a free man, Kojima does what he wants, he will continue to develop games until he dies, and thats alright, because kojima is god.

Made using: Blender, Blender Source tools, Paint.net, VTFEdit, NotePad++, Crowbar, GMPU 2.2.
Any Questions, Praise, Maybe some hate, Or a little curiosity? Leave it in the comments! Hope you rike it ;)


want me to make more things? give me a damn (its free)

Solid Snake Nov 21, 2019 @ 9:43am
I'd ask for More Metal Gear Solid Workshop Items of actual Metal Gears to be used like vehicles with working weaponry

Step 1. Squad or sit on something