Greenlight > Games > Tundra Games's Workshop
Greenlight is being retired. For more information on how to submit games to steam, refer to this blog post.
This item has been removed from the community because it violates Steam Community & Content Guidelines. It is only visible to you. If you believe your item has been removed by mistake, please contact Steam Support.
This item is incompatible with Greenlight. Please see the instructions page for reasons why this item might not work within Greenlight.
Current visibility: Hidden
This item will only be visible to you, admins, and anyone marked as a creator.
Current visibility: Friends-only
This item will only be visible in searches to you, your friends, and admins.
Rapture - World Conquest
Description Discussions0 Comments33 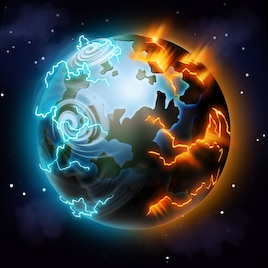 Tundra Games
Offline
See the collection (may be hidden)

Rapture - World Conquest is a fast paced arcade strategy that puts you in the celestial shoes of a jealous god. Build up armies and vanquish the unbelievers in the surrounding kingdoms; expanding your realm. Gain mana from your followers and unleash devastating miracles – lightning storms, hurricanes, floods and other death from above. Conquer the globe and as the supreme deity you will lift your people up to heaven and leave your remaining enemies to the apocalypse.

Inspired by classic god games such as Civ and Populous, reinvented for short match times.

RAPTURE WILL FEATURE
– Fast, simple RTS gameplay – squeezing 3000 years of civilization into a 5 minute blitz
– Play against friends online
– 12 devastating miracles to hurl down from above - Meteors, Earthquakes, Tsunamis, Volcanoes and others
– 27 civilizations to take control of and lead to victory
– Fast strategic action as you battle to control the largest number of regions before the end of times
– New civilizations, globe shapes, skies and atmospheres to unlock
– Dozens of achievements and missions to complete

NOT JUST A MOBILE PORT
The game is already out on mobile (Android[play.google.com] & iOS ), and we've had good reviews:

"4.5 out of 5 - ...there are plenty of world conquering strategy games out there, but this one has a fantastically frenetic pace" - TouchArcade

"Unlike other strategy games it gets your mind racing, reacting to what's happening, and before you realise it's all over and you're raring to go again." - Pocket Gamer

"Like Sid Meier's Civilization on a sugar rush, Rapture: World Conquest accelerates centuries of global conflict into mere minutes for a super-fast strategy experience the likes of which I've never seen." - IGN

Rapture was originally developed on PC and we're hoping to get the chance to open the game up to PC users. We're going to be revamping the graphics for the larger screen and expanding out the multiplayer features. And to stress this will be a paid game - there will be no microtransactions or ads - it's pay once.

CONTACT
Tundra Games is an independent studio based in Oxford UK, made up of industry veterans Andrew Weinkove and Dan Collier. We are keen to hear your ideas for new features! Please get in touch.

HellCow (DannyDOA) Nov 4, 2016 @ 9:27am
I am willing to promote your game so if you want that your game gets promtoed just contact me. (also if you need any testers for the game i have free time) GL! (if you do want to contact me please comment in my comments section or add me as friend)

Tundra Games  [author] Oct 17, 2016 @ 9:40am
@ReallyMadHobo - I was thinking more of automatic filters. Feel free to email us at greenlight@tundragames.com - interested to hear your feedback

ReallyMadHobo Oct 16, 2016 @ 12:48pm
Valve doesn't take down comments, they do nothing all day and get paid millions.

Rapture - World Conquest has been Greenlit and is now listed in the Steam store. For the latest information, purchase options, and discussions for Rapture - World Conquest, please see it on the Steam Store or in the Steam Community.
Visit Store Page
For more details Visit Community Hub
For latest discussions
If you really, really want to, you can continue to the Greenlight page. Information on this page may be out of date, since all the action has moved to the areas noted above.