Greenlight > Games > nekojishitw's Workshop
Greenlight is being retired. For more information on how to submit games to steam, refer to this blog post.
This item has been removed from the community because it violates Steam Community & Content Guidelines. It is only visible to you. If you believe your item has been removed by mistake, please contact Steam Support.
This item is incompatible with Greenlight. Please see the instructions page for reasons why this item might not work within Greenlight.
Current visibility: Hidden
This item will only be visible to you, admins, and anyone marked as a creator.
Current visibility: Friends-only
This item will only be visible in searches to you, your friends, and admins.
Nekojishi
Description Discussions0 Comments399 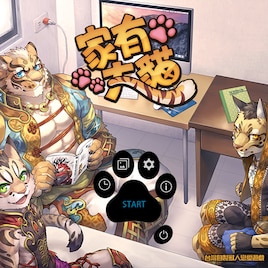 View Nekojishi in the store

This is a story about a college student getting disturbed by three feline spirits. You will be playing as our main character, Lin Tian-Liao.
Born within a family of oracles, yet never cared about his family business, Liao only wanted to be an ordinary student. However, one day, three feline spirits approaches him all of a sudden. What kind of an adventure will they drag him into?

"You don't know nekojishi? Google it yourself." - Guardian Tiger

Didn't said that 07/2017 gonna released the digital version? What did happend?

Nekojishi has been Greenlit and is now listed in the Steam store. For the latest information, purchase options, and discussions for Nekojishi, please see it on the Steam Store or in the Steam Community.
Visit Store Page
For more details Visit Community Hub
For latest discussions
If you really, really want to, you can continue to the Greenlight page. Information on this page may be out of date, since all the action has moved to the areas noted above.