Greenlight > Games > ForepawSoft's Workshop
Greenlight is being retired. For more information on how to submit games to steam, refer to this blog post.
This item has been removed from the community because it violates Steam Community & Content Guidelines. It is only visible to you. If you believe your item has been removed by mistake, please contact Steam Support.
This item is incompatible with Greenlight. Please see the instructions page for reasons why this item might not work within Greenlight.
Current visibility: Hidden
This item will only be visible to you, admins, and anyone marked as a creator.
Current visibility: Friends-only
This item will only be visible in searches to you, your friends, and admins.
Chasing Styx
Description Discussions0 Announcements1 Comments24

ForepawSoft
Offline
See all 2 collections (some may be hidden)

View Chasing Styx in the store

You are Cerberus, feared guardian of the Underworld. While sleeping on the job, a herd of woodland rabbits hopped into the kingdom of the dead. Hades is not pleased – the boisterous bunnies are distracting the inhabitants from their endless torment. Find your floppy-eared friends and get them back across the River Styx before hell freezes over! 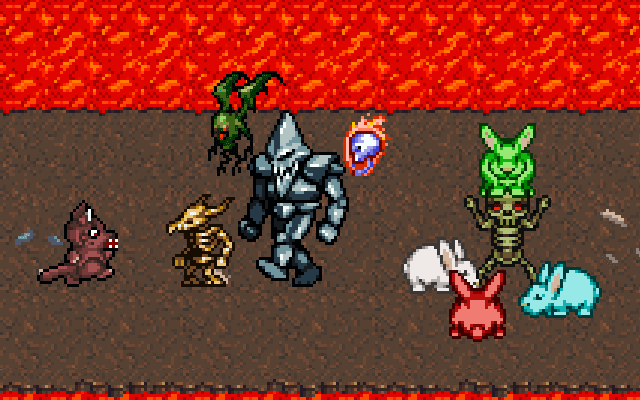 Explore the far reaches of the Underworld, including a forest bathed in darkness and a cursed bell tower. Levels can be approached in any order and feature multiple routes filled with disgruntled dead, tricky traps, hidden treasures, and screen covering waves of bullets. Defeat armies of the dead and collect their souls to level up and equip powerful attacks and abilities. Two player local co-op is supported so bring a friend to help conquer the fast-paced action and frenetic boss battles.

Visit ForepawSoft.com for downloads, updates, guides, and additional information.
Contact me at ForepawSoft@gmail.com

man if this game plays half as good as it sounds, I'd be more than happy to pay five or ten bucks for it.

Indie Advertisers Oct 16, 2016 @ 7:59am
Hi, I'm the manager of the Greenlight's Best Games steam group, we do daily showcases of the best Greenlight games, and would love to feature yours. If you wish to be featured, message me on Steam so I can get more information about your game! I look forward to hearing back from you!

Chasing Styx has been Greenlit and is now listed in the Steam store. For the latest information, purchase options, and discussions for Chasing Styx, please see it on the Steam Store or in the Steam Community.
Visit Store Page
For more details Visit Community Hub
For latest discussions
If you really, really want to, you can continue to the Greenlight page. Information on this page may be out of date, since all the action has moved to the areas noted above.