Greenlight > Games > Vertica1's Workshop
Greenlight is being retired. For more information on how to submit games to steam, refer to this blog post.
This item has been removed from the community because it violates Steam Community & Content Guidelines. It is only visible to you. If you believe your item has been removed by mistake, please contact Steam Support.
This item is incompatible with Greenlight. Please see the instructions page for reasons why this item might not work within Greenlight.
Current visibility: Hidden
This item will only be visible to you, admins, and anyone marked as a creator.
Current visibility: Friends-only
This item will only be visible in searches to you, your friends, and admins.
Dreadful
Description Discussions2 Announcements11 Comments198 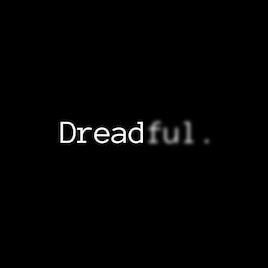 Vertica1
Offline
See all 17 collections (some may be hidden)

View Dreadful in the store

Finally, we are pleased to announce the release date for Dreadful this September 8th on Steam Early Access.

Originally posted by author:
“Believe only half of what you see and nothing that you hear.” - Edgar Allan Poe

Heavy rain storm ,the city lights were fading away due to the fog that surrounds the buildings ,it was late that night David Hill ,a 35 years old journalist works for a local newspaper was heading to a crime scene so he can investigate what happened exactly in a house that many calls it "the carnage house",however this crime scene is not like the others ,two weeks ago ,Police broke into a house after worried friends reported that milk and newspapers were piling up on the doorstep .A former sergeant named Smith shot his wife Mary and two young children Chris and rebecca to death before turning his shotgun on himself ,investigators said that the main reason behind his act is still unknown to this day and many police reports lately said that neighbors heard loud noises coming from the house at midnight but when police came to the scene they found no one.
You will take control of this journalist and reveal the truth behind this tragic event and the strange noises inside this house.

Blayne Jan 16, 2017 @ 2:24pm
This game looks good! Is there any possibility of a review copy of this game? I could give some great feedback and an honest review with praise where its due and constructive criticism. I also have a big group of testers if you are willing to give extra keys and they are just waiting to play your game!

I could even do some promoting for the game!

HellCow (DannyDOA) Jan 10, 2017 @ 12:15pm
Hey, if your interested i coud promote your game or/and if you need/want i test the game to write a review for it and find glitches/bugs if there are any.
Also i can get some more testers if necesary,

Add me if interested in steam or send me a mail: Liecis19@gmail.com


When we gonna see this?

Dreadful has been Greenlit and is now listed in the Steam store. For the latest information, purchase options, and discussions for Dreadful, please see it on the Steam Store or in the Steam Community.
Visit Store Page
For more details Visit Community Hub
For latest discussions
If you really, really want to, you can continue to the Greenlight page. Information on this page may be out of date, since all the action has moved to the areas noted above.