Store Page
Starbound>  Workshop > Cgeta's Workshop
This item has been removed from the community because it violates Steam Community & Content Guidelines. It is only visible to you. If you believe your item has been removed by mistake, please contact Steam Support.
This item is incompatible with Starbound. Please see the instructions page for reasons why this item might not work within Starbound.
Current visibility: Hidden
This item will only be visible to you, admins, and anyone marked as a creator.
Current visibility: Friends-only
This item will only be visible in searches to you, your friends, and admins. 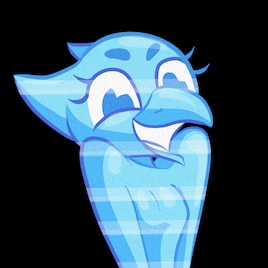 Cgeta
Online
See all 21742 collections (some may be hidden)

This item has been added to your Subscriptions. Some games will require you to relaunch them before the item will be downloaded.
Description
Version on the official forums: http://community.playstarbound.com/resources/a-v-i-a-n.2407/

An Avian AI that replaces the default AI of all races.
She has custom dialogue and animations, to give her her own personality and flavor. Sadly I wasn't able to include all animations I did with her. But most of them got in!

This mod works with already started games.
You don't have to start a new game for her to appear.

Things to note:
The mod can be added or removed at any time. As far as I know, when you remove a mod that contains objects, the objects will vanish without crashing the game.

If you are far into the game, and decide to pick up, for example, three liquids at once from the storage, there is a good chance you'll get three messages, one for each liquid. Same goes for metal bars. One message for each.

Though, if you start the game from the beginning, the messages will feel more evenly spread. Probably.

Some animations or actions might cut off in a non-smooth way. The reason for this is that all default A.I.s hardly move, so you can cut them off anytime by clicking on a command.
For example, if she's bent forward, and you click on a command where she normally talks, she will suddenly jump back into the normal talk position. There's no real way to make smoother transitions.

If you have issues, please use the discussion threads; I will ignore comments as I cannot reply to them, thankyou
Things like default messages, or a missing portrait, or just the normal AI portrait, or even crashes that happen on the same spot consistently. Might be that I missed something. The AI is spread out over many many folders and files, so there's a good chance it did.
I can't really test everything, especially in the later parts of the game, there could be glitches. But we'll see...

One thing I've noticed is that the animations in the radio messages play backwards. I dunno why that is. It seems to be a bug in the vanilla game. It's just not very noticeable with the default AIs, since their animations are only 2 frames anyway.

Does the mod work in multiplayer with someone who doesn't have it?
Probably not, because it also contains a few objects. So, it's not purely cosmetic, even though the objects themselves are.

Misc:
I cannot make race specific versions, because I use custom dialogue and unique animations. The game can't have different dialogue or animations for different AIs. For the same reason, I cannot make the AVIAN replace only the avian AI. It has to replace all or none. If you play non avians you could just turn it off.

I won't touch the tech stations introduced by custom races. I can't draw a new version for every custom race.

Faded Nov 20 @ 11:04pm
How do i unlock those posters? i have em with on of my characters but with a new one i made i just have the plushie

Festive Mints Nov 17 @ 10:51am
I think you can buy the posters at the Infinity Express or Terramart, I forget which. Both are at the Outpost.

IdiosyncratiCm7 Oct 25 @ 10:18pm
I would allso kill to not have items but just Avian

VulpesVolatilis Sep 15 @ 9:58am
This is genuinely the best mod on Steam

The Emerald Men Official Aug 7 @ 8:02am
Time to play vanilla Starbound. Just with the enhanced GUI mods and AVIAN. In other words, Starbound as it should be.
< >