Greenlight > Games > abe's Workshop
Greenlight is being retired. For more information on how to submit games to steam, refer to this blog post.
This item has been removed from the community because it violates Steam Community & Content Guidelines. It is only visible to you. If you believe your item has been removed by mistake, please contact Steam Support.
This item is incompatible with Greenlight. Please see the instructions page for reasons why this item might not work within Greenlight.
Current visibility: Hidden
This item will only be visible to you, admins, and anyone marked as a creator.
Current visibility: Friends-only
This item will only be visible in searches to you, your friends, and admins.
Manygolf
Description Discussions2 Comments41 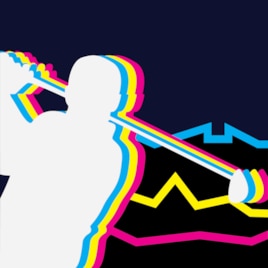 View Manygolf in the store

Store page
Description
What is Manygolf?
Manygolf is a free massively multiplayer golf game! You and up to hundreds of other golfers play on the same procedurally-generated golf courses, vying for the top score on the championship leaderboard.

Play Now!
The current version of Manygolf can be played here:
https://manygolf.club
It works on both desktop and mobile browsers.

Steam Release Features
Of course, with Manygolf being playable today in browsers, I'm sure you're wondering why it needs to be on Steam at all! The biggest reason is that I want to integrate Manygolf with Steamworks. This way, you'll be able to see your friends' real Steam names instead of their randomly-generated golf pseudonyms. In addition, I want to use Steam accounts as a way of tracking players' scores and progress over time. This will allow me to add cool persistence features (like unlockable trail effects for your ball) that are simply tied to your Steam account, rather than some extra account on my servers.

In addition, having a downloadable version of Manygolf will allow me to easily add support for offline modes, like a practice mode and local multiplayer.

About Me
I'm Thomas! I've been creating games as a hobby for the past couple years, and Manygolf is my first significant success. It has had a steady stream of players since its initial release several months ago, and gets 50 players or more during peak hours (especially on the back of a popular Twitter or Reddit posting). I'm super happy that people have been enjoying the game, and I'm excited to continue developing it and hopefully bring it to Steam with a bunch of new features :D
Popular Discussions View All (2)

This reminds me of that old arcade game where you're flying through a cavern dropping bombs on enemies. Only there's no spaceship, nor things to blow up.

HardHex Jan 9, 2017 @ 2:45am
@Jswars You're talking about Scorched Earth. Can't vote yes on it; Another game calling itself massively-multiplayer and has absolutely nothing to do with them.

NathanK_11 Oct 18, 2016 @ 3:06pm
Different game modes would be awesome. Maybe a chaos one where you don't have to wait until your ball stops to shoot again.

Manygolf has been Greenlit and is now listed in the Steam store. For the latest information, purchase options, and discussions for Manygolf, please see it on the Steam Store or in the Steam Community.
Visit Store Page
For more details Visit Community Hub
For latest discussions
If you really, really want to, you can continue to the Greenlight page. Information on this page may be out of date, since all the action has moved to the areas noted above.