Store Page
RimWorld>  Workshop > Fluffy's Workshop
This item has been removed from the community because it violates Steam Community & Content Guidelines. It is only visible to you. If you believe your item has been removed by mistake, please contact Steam Support.
This item is incompatible with RimWorld. Please see the instructions page for reasons why this item might not work within RimWorld.
Current visibility: Hidden
This item will only be visible to you, admins, and anyone marked as a creator.
Current visibility: Friends-only
This item will only be visible in searches to you, your friends, and admins. 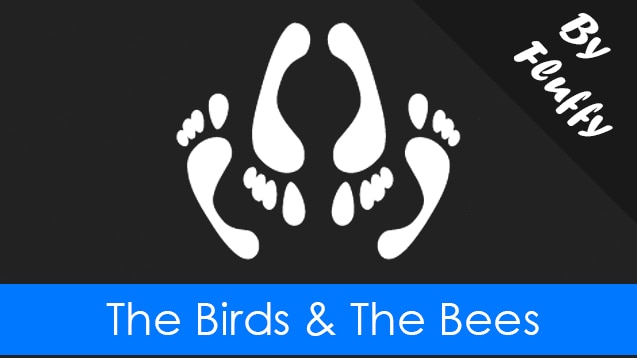 Fluffy
Offline
See all 6426 collections (some may be hidden)

This item has been added to your Subscriptions. Some games will require you to relaunch them before the item will be downloaded.
Description
Adds reproductive organs to the animals, and then you, raiders and time can take them away again.

Does NOT require a new save game
Should be fine to use with any other mod that adds animals, races, relations, or anything else. However, you can’t remove the mod from a game.

Animals (including humanoids) require reproductive organs to mate & and do lovin’.

- Adds reproductive organs to fleshy pawns (e.g., animals and colonists).
- Since reproductive organs are now a body part, they can be affected by external violence - including, but not limited to; gunfire, berserking colonists, frostbite, castration (neutering) and old age.
- Reworks mating & lovin’ to take account of fertility stat.
- Adds old age diseases related to fertility (menopause, infertility) that can affect both fertility and mood.

- Neutering always requires medicine. This is a vanilla thing (the same thing happens with euthanasia), and I’ve not had the time to trace it down and fix it. Pull requests welcome!

No. Nor will I ever add this, so don’t ask. There’s a myriad of problems with adding colonist babies. There’s moral/ethical issues, but I don’t particularly care about those, I don’t see why making baby leather hats is worse than prisoner leather hats.

What I do care about is gameplay. For me, two things are required to make babies actually fun.

First, there needs to be systems around babies. If they’re just colonists or animals in behaviour, I don’t see the point. You’d have to have various interactions from parents with their children, amongst children, children with the environment, etc. etc. to really bring children alive. Then you’d also want to build in things like schools or at least some sort of internships/apprenticeships, the list goes on and on. The problem with all of this is that it takes a huge amount of work - including a number of new gameplay mechanics. It’s something better suited for Tynan himself to add to the game.

Second, the timescale just doesn’t work. The average colony will last a couple of years, 10 if you’re in it for the long haul. Only rarely do colonies last longer than that. That would mean that there’s not really any room for progression, and I don’t see the fun in that. Adding cloning vats, time chambers, gro-quick drugs or whatever are weak solutions for a fundamental problem, and I don’t want to go that way. Changing the games timescale is pretty much impossible for mods to do.

Please read this guide before creating a bug report, and then create a bug report here[github.com]

All current and past versions of this mod can be downloaded from GitHub[github.com].

Become a supporter and show your appreciation by buying me a coffee (or contribute towards a nice single malt).

Error: "Could not resolve cross-reference"
Do0m[y]

MAGA Jul 24 @ 1:46am
don't know why I got error when suing this, after recently core updated. that error never happened before.

Roverandom Jul 19 @ 4:23am
i thought this was somehow useful, but it just adds bodyparts that can be destroyed, also one of my pawns got his d*** shot of and got the neutered debuff , it basically killed him because the debuff was too extreme

Failed to find Verse.BodyPartTagDef named FertilitySource. There are 28 defs of this type loaded.
Verse.Log:Error(String, Boolean)

emkah Jul 17 @ 3:46am
Interesting. When I try to apply @Angelin01 's fix, I get XML parse errors. Same if I use the latest github version of the mod.

SlomoGoldstein Jul 14 @ 3:15am
@riskal theres a small file missing, go back a bit in the comments, and you find a fix "Angelin01" posted. Fluffy forgot about it when he last updated the mod.