Greenlight > Games > GAMESPOL's Workshop
Greenlight is being retired. For more information on how to submit games to steam, refer to this blog post.
This item has been removed from the community because it violates Steam Community & Content Guidelines. It is only visible to you. If you believe your item has been removed by mistake, please contact Steam Support.
This item is incompatible with Greenlight. Please see the instructions page for reasons why this item might not work within Greenlight.
Current visibility: Hidden
This item will only be visible to you, admins, and anyone marked as a creator.
Current visibility: Friends-only
This item will only be visible in searches to you, your friends, and admins.
HandyBot
Description Discussions0 Announcements3 Comments70 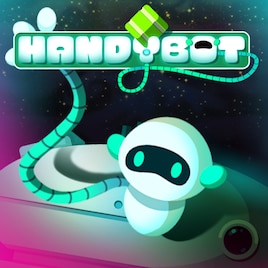 GAMESPOL
Offline
See all 7 collections (some may be hidden)
Recent Announcements View All (3)
Thank you Greenlight Community!
September 7, 2016 - Wendy

HandyBot has been Greenlit! That means:

And HandyBot finally will be able to rescue his master! :D

Thank you everyone for your support!

Now there is a lot of work ahead for us! Stay tuned! :)
...and follow us on our Social Media! 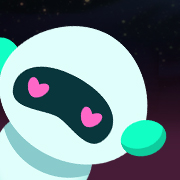 If you like our little fella HandyBot, please spread the word!

Want to ask something, or just chat? Ask here, message us, or visit our social media, we'll be happy to talk/help!

Want to contact us directly?
Mail us! -> info@gamespol.pl
Read More
Description
Release date: Fall 2016
HandyBot is a puzzler, where you control a cute little robot, who has just one, but very handy arm. The goal of the game is to get to the hatch that leads to the next level. After many levels, on the very bottom of the space station – there is...well scroll down to see what's there ;) You have to get there! How to do it when your body is not complete enough to walk? Use your extendable robotic arm as well as the obstacles on your way – they are quite useful! The main and most important objects in the game are boxes, every box works differently, and there are many types of them. Plan your moves carefully to finish every level!

What happened…
Something happened on the very bottom of the space station! Scroll down now to check it out!

What HandyBot can do…
Our little fella will grab, pull and move boxes of all sorts around the space station in order to get to the next level. The station is loooong. Long enough to contain many, many levels in each sector, with different features.

Standing - Basic feature. He can stand almost anywhere, but mostly prefers standing on an exit hatch.

Reaching - HandyBot can reach anything within range.

Moving - Grab a thing and pull himself to it.

Pulling - Or, pull the thing to himself.

Exiting - And finally, he has to be smart enough, to get to the hatch and stand on it!

But, this is not the end! See, what’s waiting for you on the way:

Standard box - Stick to it or grab it. Two in one.
There is some cargo inside. But it's not important, really...

Track box - Move it or grab it.
Has steering side and holding side. Use it wisely.

Magnetic box - Move it with everything it touches.
Every box it magnetize, can magnetize other boxes!

Taxi box - Move with it!
Now you can move yourself almost freely. High tech inside!

- Oh no, the cosmonaut rope is broken! You need to reach the bottom of the space station. Scroll up to find out how!

Mission log:
We are a small group of developers from Poland and we create games, which are pleasure for us to play too, especially during the process of development – our little luxury. ;)
We are a bunch of gamers so we can’t imagine better place for us than gamedev! :) And honestly? Difficulty level is quite hard, because we don’t want to fall asleep while testing. ;)
But no worries! The beginning is more than easy! Introduction, tutorial, everything in its place.
Oh! You have read all this stuff? Thank you!

Social media
Ah...almost forgot...if you've been moved by the cuteness of this little guy (just like the boxes he moves all the time!) you can visit him on Facebook, Twitter or Instagram, leave a sub and stay in touch with him! Or us...the Gamespol Crew!
< >
70 Comments