Store Page
Garry's Mod>  Workshop > Moon.'s Workshop
This item has been removed from the community because it violates Steam Community & Content Guidelines. It is only visible to you. If you believe your item has been removed by mistake, please contact Steam Support.
This item is incompatible with Garry's Mod. Please see the instructions page for reasons why this item might not work within Garry's Mod.
Current visibility: Hidden
This item will only be visible to you, admins, and anyone marked as a creator.
Current visibility: Friends-only
This item will only be visible in searches to you, your friends, and admins. 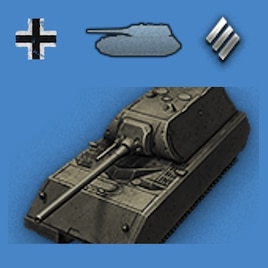 Moon.
Offline
See all 808 collections created by Moon. and other people (some may be hidden)

This item has been added to your Subscriptions. Some games will require you to relaunch them before the item will be downloaded.
In 2 collections by Moon.
World of Tanks - Girls und Panzer skins

4 items
Description
A ragdoll of the HD PzKpfw VIII Maus as it appears in World of Tanks.

Dunkelgelb textures were made by the amazing FastestClassic at the WoT forums. Check his work here:
http://forum.worldoftanks.com/index.php?/topic/505250-09152-classics-skin-workshop-updated-japanese-brown-color-swap-pack-sept-15th/

The heaviest tank ever built and the only losing in size to the colossal Japanese heavy tanks, of which info has only recently been found, the Mouse was the brainchild of Ferdinand Porsche, who so far had not been successful with his previous tank designs, the VK45 series and the Elefant tank destroyer.
Conceived as an enormous assault tank, it's immensely thick armor made it almost invulnerable to most weapons of the time. However, it was prohibitely heavy and extremely slow. In the end, only 2 prototypes were built, only 1 of each actually had weapons installed.

Please report any bugs you find.

Credits:
Wargaming for World of Tanks
Shadowhunterrus for the extractor
Professor Heavy for the measurements
Nem for VTFEdit
Trek for figuring out the textures
Various people for the texture settings
< >
84 Comments

Miwa/Karai Sep 13, 2021 @ 3:07pm
i found the folder of the mod, but somehow the MAUS didnt got spawned in when i clicked on the MAUS Model. @Moon. idk why tho, you know why? is it a Addon Conflict?