Store Page
Cities: Skylines>  Workshop > e_m_cleoold's Workshop
This item has been removed from the community because it violates Steam Community & Content Guidelines. It is only visible to you. If you believe your item has been removed by mistake, please contact Steam Support.
This item is incompatible with Cities: Skylines. Please see the instructions page for reasons why this item might not work within Cities: Skylines.
Current visibility: Hidden
This item will only be visible to you, admins, and anyone marked as a creator.
Current visibility: Friends-only
This item will only be visible in searches to you, your friends, and admins. 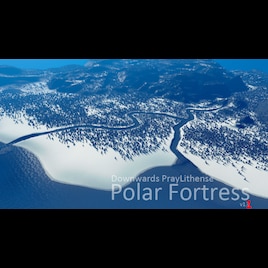 Cities: Skylines - Snowfall
Required items
This item requires all of the following other items
[INCOMPATIBLE] Network Extensions Project (Newest Version in the Description)
Created by

e_m_cleoold
Offline
See all 16 collections (some may be hidden)
You need DLC to use this item.

This item has been added to your Subscriptions. Some games will require you to relaunch them before the item will be downloaded.
Description
The background of this map is set to a small town in north polar, the northest part of the continent far away from any noise of bustling cities. A few dangerous tiny roads are connected to the outside but there seldom comes a car, stuffs lie in the strange mountainous land and smell of a sense of mystery.

The map is Snowfall DLC based map, not using terrain replacement mods.
The national roads come from Katalyst6's Network Extensions Project, please install it.
An 81 titles mod is highly recommended.

The new officer has player to manage this land. Does he want to remain the old town or develop a polar big city?

The end points of national roads don't spawn cars. They are replaceable in game or editor if you don't like them. (adding expressway at ends may cause traffic jams)
If expand the city, better replace the intersection.
< >
8 Comments

MGx88 Dec 29, 2016 @ 5:32pm
Great map! especially with 81 tiles mod. Like the idea of national road in this map, really useful because the multitude of the terrain.

aaroh94 Dec 11, 2016 @ 10:44am
I liked everything about it until hours into a city I realized it was completly imposible to connect to the rail lines that end just outside the buyable area..........
I know I can change this, I just had started the game assuming that the rails were..usable?

Krakizbad Aug 15, 2016 @ 10:23am
This map is fantastic. I especially like how the starting tile does NOT connect to the highway, but to a national road. This is a good choice and I feel adds to the natural growth. Amazing!
< >