Store Page
Hearts of Iron IV>  Workshop > pompelmo's Workshop
This item has been removed from the community because it violates Steam Community & Content Guidelines. It is only visible to you. If you believe your item has been removed by mistake, please contact Steam Support.
This item is incompatible with Hearts of Iron IV. Please see the instructions page for reasons why this item might not work within Hearts of Iron IV.
Current visibility: Hidden
This item will only be visible to you, admins, and anyone marked as a creator.
Current visibility: Friends-only
This item will only be visible in searches to you, your friends, and admins. 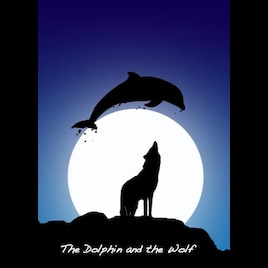 pompelmo
Offline
See all 19 collections (some may be hidden)

This item has been added to your Subscriptions. Some games will require you to relaunch them before the item will be downloaded.
Description
The Dolphin and the Wolf: Aegean Duel (1.4.2 Oak Compatible) - NO FURTHER UPDATES

This is for those who would like custom made national focus trees for both Turkey and Greece in the same game.


It is a combination of Star and Crescent Mod here and some content of the General Greek Improvement Project by ThaniX here; basicly the flag, some events and localisation, and some map concept. The Dolphin and the Wolf has a new focus tree for Greece and only has some borrowed parts of the original GGIP mod so the gamplay won't be similar.

- Greece and Turkey are minors and should be played like minors. It is only normal that Greece is not getting the same national focus boni as Germany, which has 65,5 million population and 32 civilian factories at game start, with its close to 7 million population and 8 civilian factories.
- This mod is balanced having vanilla in mind, so if you are running a generic focus boost mod, beware that AI minors are using that one and you are handicapped.
- This mode emphasises flavor over boosting selected nations, so hopefully they are still challenging to play, although world conquest with Albania seems possible at the moment because of the poor AI.

- Combines Star and Crescent: A Turkish Flavor Mod with additional map changes and a new Greek national focus tree based on the Polish tree. I like using the Polish tree as a benchmark, because Poland is a minor too and it reflects the idea of developers how much support a minor should get, so you stop before implementing some crazy stuff. Several tweaks here and there with flavor text gives you the necessary authentic feel.
- Greece population increased to 6,840,000 from 6,270,000 according to 1935 figures from http://www.populstat.info/Europe/greecec.htm.
- Greece uses France tank and plane icons on the tech tree so they are actually used by someone now.
- Greece has nice defensive foci against Turkey and Bulgaria. Build 21 forts in 210 days following the Metaxas Line and make it nigh on impossible to be conquered from land through Thrace.
- Some foci are condensed for Greece and they get cores on Bursa, Izmir, Toskeria, Rumelia and Cyprus through national focus. Follow your Megali Idea and revive the Third Hellenic Empire.
- Thessaly is divided into Sterea Hellas and Thessaly which gives Greece an additional state. Albania also now has two states; Gegheria and Toskeria in which Greece has claims on the latter. I also added a Kosovo state to Yugoslavia and revamped its eastern states, because why not? Since the added Hatay state by the Star and Crescent mod, it is not possible for this mod to be compatible with another mod that makes map changes too. East Yugoslavia had annoying internal borders.
- Greece can revive the Balkan Entente and create a faction together with Yugoslavia which is pretty solid. Historically Balkan Entente was signed between Greece, Turkey, Yugoslavia and Romania in Athens in 1934 against Albanian and Bulgarian aggression, but it was folded in 1938 when Bulgaria also signed the treaty. This is not the same Balkan Entente but the revival of it. I am hesitant to mess with Romania because there is too much going on there. As for Turkey, it has its own national focus creating another faction.
- Historical AI won't do any of the crazy stuff.

Please let me now if you find any errors or glitches so I can fix it.
I am not Greek and don't know very much about Greece, so all suggestions that could add additional flavor to the mod are very much appreciated.
Any nationalistic ♥♥♥♥♥♥♥♥ will immediately be deleted.

pompelmo  [author] Aug 21, 2017 @ 11:14am
Hello. I am sorry I couldn't help with the requests. I am barely keeping the mod up to date for those who want to keep using it. There is a current more ambitious Greece mod project out there.

Technophile Max Jun 30, 2017 @ 6:12am
Oh, the connection wasn't really the point, it was just the whole territory thing. Y'know, it's like our Trianon. Sure, WW2 "supposedly" settled it all, but damned I'll be if I ever accept it.

pompelmo  [author] Jun 30, 2017 @ 6:07am
@Technophile Max, Turkey and Greece settled their issue in 1923 and there was a population exchange. Opening that box again, mobilizing your population through it and venture your country into a new war would require some degree of fanaticism I think. All the Second World War was about rejecting the status quo and the revisionist demands by the Axis. It only makes sense for Greece to accept the status quo and not make further claims if they chose to side with the democratic world.

What I would consider to do instead, is to remove the straits to the Aeagean Islands and Dodecanese. It is not really possible to invade those islands without a navy, just by marching your ground troops. So controling the coast should not matter.

fight fow Jun 30, 2017 @ 5:04am
@pompelmo
No, he has a bad reputation in China, machine translation, I will not cooperate with him. I will respect your mod.I will try my best to do it:D

Technophile Max Jun 30, 2017 @ 5:02am
You seem like a reasonable enough person, so may I ask why the Megali idea is in under fanaticism? I moved it to just under militarism, because the Hungarian flavour mod gives Hungary the option to invite Greece to its faction, and take over Turkey, giving claims on every coastal state that connects Thrake with the Dodecanese, but can't core it, because I play with historical focuses on, and Greece chooses liberalism.

pompelmo  [author] Jun 30, 2017 @ 4:58am
Hi @fight fow, of course, be my guest. @RegularRabbit is translating the Star and Crescent mod, so you may consider cooperating. Half of this mod is Star and Crescent.
< >