Store Page
Crusader Kings II>  Workshop > ✡ Gefilte Fish ✡'s Workshop
This item has been removed from the community because it violates Steam Community & Content Guidelines. It is only visible to you. If you believe your item has been removed by mistake, please contact Steam Support.
This item is incompatible with Crusader Kings II. Please see the instructions page for reasons why this item might not work within Crusader Kings II.
Current visibility: Hidden
This item will only be visible to you, admins, and anyone marked as a creator.
Current visibility: Friends-only
This item will only be visible in searches to you, your friends, and admins. 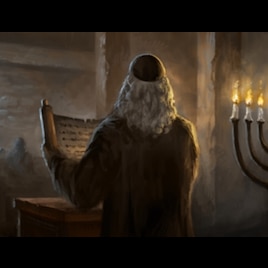 imissyoumootykins
Offline
See all 167 collections (some may be hidden)

This item has been added to your Subscriptions. Some games will require you to relaunch them before the item will be downloaded.
Description
With this mod I aim to make Jewish characters more interesting and historically accurate. "Jewish Kings" adds new Israelite cultures, names, dynasties, events, decisions, titles and more.

Please report all bugs, and make suggestions to help me improve the mod. Thank you!

- New Israelite cultures: Mizrachi, Hebrew.
- Karaites and Samaritans now have their own heads of religion, with unique flags.
- New events that spawn Mizrachi characters at courts in Middle East, Persia, North Africa and India (but mostly Middle East).
- New events that spawn Hebrew characters at courts in Europe (but mostly Italy before the year 900).
- Modified existing events to make Ashkenazi courtiers spawn only in Europe (but mostly in Germany) and Sephardi courtiers around the Mediterranean (but mostly Iberia). This happens only after 900.
- New events in which The Jewish High Priesthood (if exists) punishes murderers, adulterers and members of secret religions in Jewish countries.
- New decision that allows independent Jewish rulers to overrule Sanhedrin, making them immune to Sanhedrin investigations for a period of 10 years. The decision also grants rulers the ability to designate up to 5 "Honourary Peers," using minor titles, so that they will also become immune to the Sanhedrin.
- New Yom Kippur decision w/ events.
- New events where rabbis try to make Jews more religious and improve their traits.
- New event where the Khazars convert to Judaism (in 769 they start as pagans).
- New Jewish sect: The Chasidim (referring to the Medieval "Hasidim," not the 18th century ones).
- New decision for Jewish group, similar to Byzantine "Mend Great Schism Decision" (if it's too offensive or dumb, please let me know and I will remove it).
- EU4 converter.
- Old, unmarried Jewish rulers will now marry a Jewish lady of an Israelite culture, and Jewish courtiers will occasionally ask their liege for permission to do the same
- New Jewish dynasty Coats of Arms.

- New first names and dynasty names for all Israelite cultures.
- Old dynasties changed so now you don't get something ridiculous like "Rivkah Ben Aharon" (Rebecca son of Aaron).
- Unique modifiers for Jewish religion and Israelite cultures.
- New honourary title only for Jewish characters: Shtadlan.
- New characters: Rambam, his father Maimon, and his son Avraham. Rambam and his son appear as courtiers in the court of Saladin.
- New event that spawns Karaite courtiers in courts of Karaite rulers.
- New event that spawns Samaritan courtiers in courts of Samaritan rulers.
- The Jewish High Priesthood, Karaite Exilarchy, and Samaritan High Priesthood (Ahr-Gerizim) all have history.
- New event in which Jews migrate to a random province, causing the province's culture and religion to change (unless you choose to stop them). This begins to happen after the year 900.
- Samaritan priests now wear white robes and hats, as in real life.
- New localisation for Israelite religions and cultures for more historical accuracy.
- Karaites and Samaritans can now marry up to 2 wives.
- Jewish group no longer allows matrillineal marriages.
- Jewish group no longer allows uncle/aunt and nephew/niece marriages.
- New event where zealous Jew tries to tell liege about Judaism.
- New Middle-Eastern province names for Arabic and Israelite cultures (parts of my mod are now in the game itself)
- New flag for Duchy of Semien. Semien strengthened a bit so they don't get destroyed immediately.
- New decision to spend money to convert capital province to own culture and religion.
- Jewish rulers displayed in 936 bookmark with some historical background

NOTE: The first screenshot is from a playthrough of mine. This mod does not turn half the world Jewish.

Pronounciation of Hebrew/Yiddish names and titles:

lalarukh3 Oct 14, 2020 @ 6:39pm
Is there any way to make this compatible with HIP? It seems to use a lot of the same files, hence the problems described above. Would it be enough to just merge the ones in question?