Store Page
Starbound>  Workshop > Febilian's Workshop
This item has been removed from the community because it violates Steam Community & Content Guidelines. It is only visible to you. If you believe your item has been removed by mistake, please contact Steam Support.
This item is incompatible with Starbound. Please see the instructions page for reasons why this item might not work within Starbound.
Current visibility: Hidden
This item will only be visible to you, admins, and anyone marked as a creator.
Current visibility: Friends-only
This item will only be visible in searches to you, your friends, and admins. 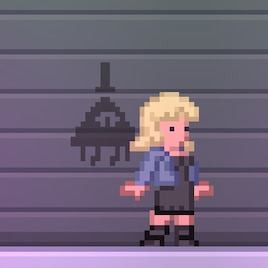 Febilian
Offline
See all 1111 collections (some may be hidden)

This item has been added to your Subscriptions. Some games will require you to relaunch them before the item will be downloaded.
Description
IMPORTANT NOTE:


I'm not managing this mod anymore, and even if I were, I wouldn't be doing it on the Steam workshop; it's just too much of an annoyance to deal with given my computer's OS and lack of non-command-line workshop support thereof, and I'm not going to invest the time or money in getting a different computer just for supporting Steam when I rarely use it.

If I make any mods in the future, they'll be on the Chucklefish forums, not here.

That said: If someone ELSE wants to keep this mod up to date on Steam(assuming it manages to break somehow in a future Starbound update) or add some more content or whatever, go nuts - you have my permission. All I ask is for credit(just saying 'original assets made by Febilian' somewhere is fine) for making the art for this that I did, since I did spend quite a bit of time and effort on this mod when I WAS working on it actively.

I am pleased that so many people have apparently enjoyed this mod, and yes, Gravity Falls is a fantastic show. I'm just not into it enough by now to warrant continuing working on this mod or claiming that I might come back to it in the future.

There's a new(very small) crafting station available at the Inventor's Table from the beginning, which will allow you to make most items from this mod(check the clothes tab; currently the interface is just the same as the spinning wheel/sewing machine, but dyes and fabrics are not made at this new station!). In general the materials are string, fabric, or pixels. None of the wearable items have any stats on them, they're purely for the vanity slots.

NOTE: Almost none of these items can be successfully dyed at present; your dye will be consumed without an discernible change on anything but the Mabel wig - the headband on this wig will change colors depending on the dye. I'm unsure whether I will change this or not, especially since I wouldn't know exactly what to do with some of Mabel's sweaters that have unique patterns.

Various hats from the show(and other accessories), some of Mabel's sweaters(and Dipper's vest), and some wigs are some of the mod's content. My personal favorite is a back item that makes Bill's shadow float around behind you.

There are also three new human hairstyles: Dipper, Mabel, and Pacifica's hair, respectively. Don't select these hairstyles if you're going to uninstall the mod later for some reason, or your character will be bald thereafter.

The three journals are also decorative items(made at the wooden workbench, like other furniture). They don't do anything except take up space or look nice I guess.


More info and pictures can be found here: