Store Page
Starbound>  Workshop > Magnus's Workshop
This item has been removed from the community because it violates Steam Community & Content Guidelines. It is only visible to you. If you believe your item has been removed by mistake, please contact Steam Support.
This item is incompatible with Starbound. Please see the instructions page for reasons why this item might not work within Starbound.
Current visibility: Hidden
This item will only be visible to you, admins, and anyone marked as a creator.
Current visibility: Friends-only
This item will only be visible in searches to you, your friends, and admins. 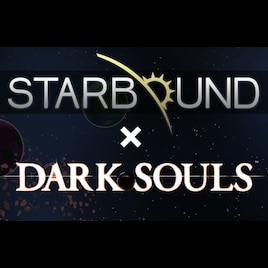 This item has been added to your Subscriptions. Some games will require you to relaunch them before the item will be downloaded.
In 1 collection by Magnus
Dark Souls-like Mods

11 items
Description
This is an updated version of the mod made by TShinzon, he has all the credits of the original assets from this mod.

This was one of my favorite mods and has been outdated from 2 years now so i made a working version for myself and i want to share it with you all.

If TShinzon wants me to delete his assets I will gladly do it.

PINNED: What do you want to see?
Ace of Fours

Spectre Shadowblade Mar 28 @ 10:02pm
can you add the Black Blade, Frayed Blade, and all of the katanas?

Karambo Mar 21 @ 11:17am
im glad that i found this mod. two of my favourite games in one!!
just one weapon i want to add: the dragonslayer greataxe and the dragonslaser greatshield from dark souls 3 (boss weapons from dragonslayer armor).

Talulah-sama Jun 16, 2020 @ 7:59am
Is this mod still being updated? Because I had noticed two of the weapons in my game (one of them being Abyss Greatsword) has changed into a Perfectly Generic Item. Which means something bad happened with those items, but the problem is I don't know what. It's possible that it had a mod conflict with another mod I had installed but the thing is this didn't happen until two days ago when I opened the Anvil of Artorias to craft the Abyss Greatsword.

I don't really have much hope since there hasn't been any activity on this mod so I'll probably just backup my save and reinstall the game (if I feel like it. Although Abyss Greatsword is one of my favorite weapon, not having it here is a bummer but not a game killer).

ParadigmTrigger Jun 7, 2020 @ 10:21am
Is it possible to add Abyss Watcher armor, as well as the Farron Greatsword?