Store Page
Starbound>  Workshop > freyjasvalkyrie13's Workshop
This item has been removed from the community because it violates Steam Community & Content Guidelines. It is only visible to you. If you believe your item has been removed by mistake, please contact Steam Support.
This item is incompatible with Starbound. Please see the instructions page for reasons why this item might not work within Starbound.
Current visibility: Hidden
This item will only be visible to you, admins, and anyone marked as a creator.
Current visibility: Friends-only
This item will only be visible in searches to you, your friends, and admins. 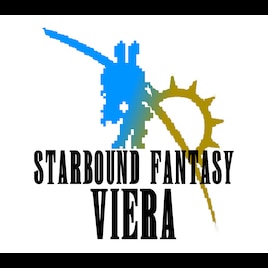 This item has been added to your Subscriptions. Some games will require you to relaunch them before the item will be downloaded.
In 1 collection by freyjasvalkyrie13
Benjo's Summertime Jams

3 items
Description
"The Viera may begin as part of the Wood, but the Wood is not the only end that we may choose..." -Fran

LORE:
The Viera come from a land known as Ivalice, where they began their life of seclusion within the forests of the world. Ever-cautious of all outsiders due to major conflicts with the power-hungry Humes, the Viera hide their villages within forests with the aid of a powerful, enchanted powder known as "Vision Dust." With red complexions and consisting almost entirely of females, the Viera genders dwell apart from one another within their race. Possessing superb eyesight, speed, hearing, a vast life span, and a divine connection to the essence of Life in the forests known only to outsiders as "the Wood", the Viera have earned the name "The Children of the Wood." With their reverence for life and the forests as the Mother of their people, the Viera are very philosophical and devout to their path. It is said that the Wood communes with the Viera, that Her voice can be heard only by their ears, however there are those that have chosen to leave the boughs of the Wood, against their own laws. These wanderers were believed for ages past to have lost their ability to commune with the Wood, and once were deemed exiles by the elders. It was however, one day discovered that there are those that always carry Her voice with them...

Viera Hybrids:
There are tales of a mating between a full-blooded Viera and Feolthanos, an ancient leader of a winged race of Humes known as the "Aegyl." The offspring of this line bear shorter ears than the full-blooded Viera, and are fair of skin, with an even longer lifespan than the full-blooded. This line of Viera became known as the "Feol", named for the Aegyl leader. In the past these Viera were viewed as impure abominations by their full-blooded kin, having been tainted by the power-needy Hume blood, and many Feol left the embrace of the Wood. It is said that most of their Warren were decimated in a brutal strike, but they endured, few in numbers even now. Most believe their ears far too harsh and inferior to hear the Green Word of the Mother, but that cannot be true for all.

DONATIONS:
If you wish to support my creative abilities in mod work with donations of any kind, click the link below to view my Patreon page: https://www.patreon.com/AmazonValkyrie

- Completely custom ship exterior and layout
- Magitek Mech Mount
- Tiered Job Armors and weaponry to replace current tiered gear
- Settlements Rework (All screenshots above are not of current spawning villages, and were built by me in game to display to you all what you can create with all the building materials provided in this mod)
- Companions/Crew Rework for the Viera
- Chocobo Mount
- Hub City - Central for Viera Questing

- ALWAYS check "change notes" to keep yourself updated with any and all changes/additions to the mod! I *always* add these for players to view.


**For even MORE information, please go to my official overview section on the Starbound forum: https://community.playstarbound.com/resources/wip-the-viera-of-ivalice.1533/
Popular Discussions View All (13)

What Jobs do YOU want added?
Megafan7790

Valdemari Apr 21 @ 9:44am
favorited and unsubbed until you fix the player.config. really like this mod, and a huge FF fan. hoping to find more FF based content before i start up a new run that is FU compatible. expecially with FU's BYOS

freyjasvalkyrie13  [author] Mar 30 @ 9:24pm
@aRainbow_Sheep There is an incompatibility in the player.config.patch that I need to look into. There is a fix on the workshop for it to work with FU though.

PennyMaxire Mar 30 @ 8:43pm
This is such a wonderful mod! Thank you SO much for making this and I cannot wait for updates on this as this is the best race out there!

aRainbow_Sheep Mar 29 @ 6:37pm
So general question but is this mod compatible with FU? I read on the Frackin' Universe Wiki that this mod might cause some issues. I just wanted to ask other users on here if they have encountered issues using this mod with FU or if they had a way to make them play nice with each other?

freyjasvalkyrie13  [author] Mar 29 @ 4:38pm
@Ezro Thanks for the critique. I actually hadn't thought about how focused on the building materials my screenshots were, but I should have!

Ezro Mar 28 @ 8:49pm
How can you create a race mod and have no clear screenshots of the characters?
The ones you've got right now are unfocused and seem to be promoting builds, not a race.