Greenlight > Games > StormtideGames's Workshop
Greenlight is being retired. For more information on how to submit games to steam, refer to this blog post.
This item has been removed from the community because it violates Steam Community & Content Guidelines. It is only visible to you. If you believe your item has been removed by mistake, please contact Steam Support.
This item is incompatible with Greenlight. Please see the instructions page for reasons why this item might not work within Greenlight.
Current visibility: Hidden
This item will only be visible to you, admins, and anyone marked as a creator.
Current visibility: Friends-only
This item will only be visible in searches to you, your friends, and admins.
Satellite Command
Description Discussions0 Announcements2 Comments23 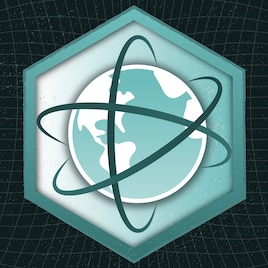 StormtideGames
Offline
See all 2 collections (some may be hidden)

View Satellite Command in the store

We're pleased to announce that Satellite Command will be playable at EGX this month! You'll be able to find us in the 'Rezzed' section near the doors!

If you're stopping by, be sure to say hi and leave some feedback on the game! A new video and screenshots are on their way soon showcasing all the new features, we're excited to show you what we've done!

More information can be found on our website here.[stormtide.co.uk]

We've noticed several concerns around the idea of this game being a 'Mobile Port' in the comments.

Although the PC edition will have very similar gameplay, the PC Edition of the game will NOT be a direct port. A completely new user interface will be written, graphics will reach a level you've never seen before and all the things that PC gamers expect will be delivered.

We will be updating the Video and Screenshots with those from the PC edition soon. Stay tuned!

Satellite Command takes you to the eye-wateringly beautiful low earth orbit. Take command and carefully manage the resources of both your satellites and agency, as you complete varying missions to build an ever more powerful fleet!

A tough permadeath game not for the faint-hearted, Satellite Command has been developed in tandem with Space industry experts and features a realistic astrophysics simulation beneath a rogue-like arcade style game.

Features of Satellite Command:
• A realistic astrophysics simulation, plan and modify your orbits to get as close to or far from Earth as you dare!
• Careful planning and resource management of up to six orbiting satellites.
• Over 150 missions with varying objects to complete!
• Real images and information on various deep-space phenomena and landmarks of the Earth, Moon and Sun.
• Player Progression system, with elite achievements and leader boards.
• Permadeath gameplay designed to encourage learning by doing.
• Fully interactive gameplay tutorial for players new to the complexities of astrophysics.

Jrbdog Jul 27, 2016 @ 9:34am
I agree with Vylunce. You need to change the ui and some systems to better work on a pc if you want this game to be successful on Steam. It looks good though

lavaduder Jul 26, 2016 @ 4:12am
Looked promising, Until the mobile port showed it's ugly head. Remember, Mobile and PC UIs are not the same. Please change your game's UI if you are porting it to PC.

breedable gaming Jul 23, 2016 @ 4:33am
The game looks to be fun, and with the mentioned price of £3.99, it looks to be a game I could spend some time on. However, I notice you said it is a port from a Mobile Release (which I can't find on the Play Store) and this kinda puts me off. Most ports don't have much changed, and you only say to have a few tweaks. The Steam version shouldn't be too much like the mobile port, but if you can make it fit a computer more with key bindings and graphics options, I'm sure you'll be fine. Just be sure to get rid of any big buttons that take up a lot of the screen and replace them with smaller buttons for the PC version (if your game has any, that is).

Thanks for reading, and good luck!

1- Why aren't we commanding space stations and other stuff?
2- Your iOS link on the video is wrong, and I couldn't find it on the store of my country

Satellite Command has been Greenlit and is now listed in the Steam store. For the latest information, purchase options, and discussions for Satellite Command, please see it on the Steam Store or in the Steam Community.
Visit Store Page
For more details Visit Community Hub
For latest discussions
If you really, really want to, you can continue to the Greenlight page. Information on this page may be out of date, since all the action has moved to the areas noted above.