Greenlight > Games > Back To Basics Gaming's Workshop
Greenlight is being retired. For more information on how to submit games to steam, refer to this blog post.
This item has been removed from the community because it violates Steam Community & Content Guidelines. It is only visible to you. If you believe your item has been removed by mistake, please contact Steam Support.
This item is incompatible with Greenlight. Please see the instructions page for reasons why this item might not work within Greenlight.
Current visibility: Hidden
This item will only be visible to you, admins, and anyone marked as a creator.
Current visibility: Friends-only
This item will only be visible in searches to you, your friends, and admins.
Final Quest
Description Discussions0 Comments66 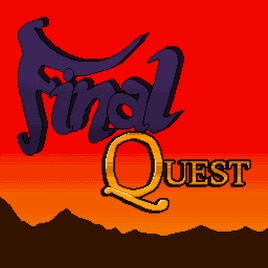 View Final Quest in the store

Store page
Description
Release date: July 2016
Final Quest
Long ago the peaceful world of Paylea was ravaged by a fierce conflict. King Edward, the Sepcom Emperor is torn apart by envy and bitter hatred. He waged war and battled to decide the fate of the world.
Ralph and his team, a band of mercenaries were once quest hunters. Now they seek out the magical gem and those who are trained to use it, in the hope that they can turn the tides of war.

A time of change is coming. One small boy, the last of a long line of Gem Warriors, will soon discover the true power of his heritage. In so doing, he will embark upon a Final quest to free the people and to find his long lost father.

Final Quest was developed by RPGVideo and is being published by Back To Basics Gaming.
www.BackToBasicsGaming.com

Final Quest will include Steam achievements, Steam trading cards and will be priced at $1.
< >
66 Comments

RPGStudios Aug 14, 2016 @ 12:40pm
Thank you Everyone who has voted for this game means so much to this small Indie Studio :D

RPGStudios Jul 20, 2016 @ 11:00pm
@Swayles McSpoobin
Thank you for your feedback and taking your time to vote, Yes there is bugs in Drayt Empire but most of them have been fixed, we are releasing updates frequently and being proactive and we have now hired a QA Tester to help with this further, we have been engaging the community to help with any issues that they may have and release updates to fix issues, check out the discussions tab as you can see we are in constant discussions with the community and we have another update to fix any major bugs that are stopping people advancing in the game, as well as new game features, We are a development team who are passionate about RPGs and not like typical developers who are not engaging with the community and release a game with no technical support
< >

Final Quest has been Greenlit and is now listed in the Steam store. For the latest information, purchase options, and discussions for Final Quest, please see it on the Steam Store or in the Steam Community.
Visit Store Page
For more details Visit Community Hub
For latest discussions
If you really, really want to, you can continue to the Greenlight page. Information on this page may be out of date, since all the action has moved to the areas noted above.