Greenlight > Games > Klame's Workshop
Greenlight is being retired. For more information on how to submit games to steam, refer to this blog post.
This item has been removed from the community because it violates Steam Community & Content Guidelines. It is only visible to you. If you believe your item has been removed by mistake, please contact Steam Support.
This item is incompatible with Greenlight. Please see the instructions page for reasons why this item might not work within Greenlight.
Current visibility: Hidden
This item will only be visible to you, admins, and anyone marked as a creator.
Current visibility: Friends-only
This item will only be visible in searches to you, your friends, and admins.
Clocker
Description Discussions0 Announcements4 Comments306 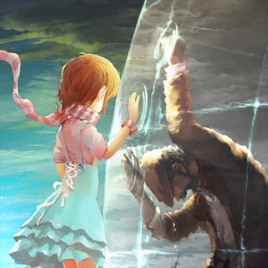 CLOSE
Offline
See all 34 collections (some may be hidden)

View Clocker in the store

It's been long time since I updated this page last time, we are busy working on the game, but I still need to say sorry for the late update. I know that GreenLight is now ending, but I still want to tell you here, the final release date has been confirmed. We are planning to release the game in August, 2018.

And we also started a crowd funding in Modian [zhongchou.modian.com], a Chinese crowd funding website. As we cannot start it on kickstarter, please forgive us. We do this because we need some money to finish the Audio/Music work. If you can read some Chinese, you can have a look. And if you have any question, you can ask me here.

Hello everyone, we have just finished chapter 2 some days ago. I am writing this to give you updates on the progress of development.

When will Clocker release?

The plan is 2017 Q3~Q4. Since we only have 4 people working on Clocker, the plan may just be a plan. But we will do our best to complete it. We have been developing it for about 2 years. And we have three demo versions which are totally different, just to make sure the game is attractive enough.

What have we done for now?

We don't want to give the game a sofisticated background, so this story happens in a small town. The game only has three chapters, or you can say three areas. The first area is near their home. The second area includes a school, a dock and a shopping street. For now the game has 20 scenes, with about 50 NPCs.

What will we do next?

We will try to complete the third chapter, cut scenes, UI, music and sounds, then polish. We have a lot of things to do, so please be patient, give us some time to make it good. :D

Early Access?
No, as Clocker is a puzzle game, we would like to present to all of you a whole and highly completed game that lives up to our own expectation at one time.

Note: If you have any questions or advices, please leave messages down here.

Read More
Description
About Clocker
Clocker is a puzzle game with special time mechanisms. Its plot extends in a narrative way with dual protagonists: Father John and Daughter Alice. The time in the given world is paused. You will first control Father John who is endowed with a special ability to control the timelines of different characters in the game. This setting allows you to see what those characters will do for next several seconds. Use this ability to push forward the plot, solve the puzzle, change the outcomes of certain events and thus change the future. After the puzzle of Father John's part is done, you will control Daughter Alice to recover the time of the given world to see results.

Plot
Clocker has two protagonists: a watch repairer, John, and his daughter, Alice. Story starts with a strange customer asking John to fix a pocket watch. But he breaks it unexpectedly while he is trying to save his daughter in an accident. The world pauses instantly. Cars stop whistling and waitresses stop welcoming customers. He soon realizes that he is the only person 'alive' in this world. In order to get his daughter back, John steps on his lonely journey to recover time with one and only lead----the pocket watch.
...

Alice thought she was dead in the accident but fortunately she wasn't. When she wakes up, she finds the world around her become strange: everything in front of her is like a paused movie screenshot----birds pausing in the air and people pausing on the street----but then resumes to normal after she walks along. However, she doesn't have time to care about them. The only thing that worries her is her father. She has to find him.
...

Klame  [author] Jun 10, 2017 @ 7:11pm
@WALKMAN760 We have finished the main game flow last month, but the levels and arts still need to be polished, and also we need some time to add more musics and sounds. I'm very sure that you will not like it if release now. Please just wait a few months. And thank you very much for following us :D

Clocker has been Greenlit and is now listed in the Steam store. For the latest information, purchase options, and discussions for Clocker, please see it on the Steam Store or in the Steam Community.
Visit Store Page
For more details Visit Community Hub
For latest discussions
If you really, really want to, you can continue to the Greenlight page. Information on this page may be out of date, since all the action has moved to the areas noted above.