Greenlight > Games > hugaligen's Workshop
Greenlight is being retired. For more information on how to submit games to steam, refer to this blog post.
This item has been removed from the community because it violates Steam Community & Content Guidelines. It is only visible to you. If you believe your item has been removed by mistake, please contact Steam Support.
This item is incompatible with Greenlight. Please see the instructions page for reasons why this item might not work within Greenlight.
Current visibility: Hidden
This item will only be visible to you, admins, and anyone marked as a creator.
Current visibility: Friends-only
This item will only be visible in searches to you, your friends, and admins.
Crypt Cards
Description Discussions2 Announcements3 Comments32 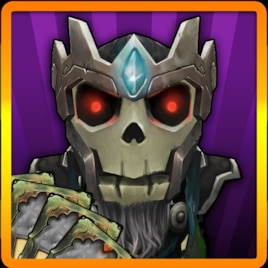 View Crypt Cards in the store

After several months of development, Crypt Cards will be available in Google Play on 19th of October! We are looking forward to meet you in the game and see all the amazing skins you will be creating!

Read More
Crypt Cards was the Game of the Day in Greenlight's Best Games
October 5, 2016 - Erwaitin

You can see the announcement made in the group here:

Crypt cards is a 3D multiplayer digital card game with real-time turn based battles. The game is developed by a small indie team from different parts of the world and is currently in open Beta. The goal for the project is to create a fun and interesting game with a strong connection to our community. We want to create the best game possible where the community is involved in shaping the future of the game. In the same spirit we also want our users to be able to customize the look and feel of the game by creating their own card skins.

Other things we focus on to make the game stick out is support for multiple platforms so you can play against friends that are not on the same platform as you are. We also want you to be able to craft and upgrade your own cards to create unique card combinations and decks. The game should offer something for everyone and so we have three different game modes to suit the solo player, the casual gamer and the more competitive players.

Beta is available and we want your feedback!
Erwaitin

Have you found a bug in Crypt Cards Beta? Report it here!
Erwaitin
< >
32 Comments

HellCow (DannyDOA) Nov 5, 2016 @ 9:09am
Hey, i woud like to promote your game or to test the game.
Also i can get some testers if necesary, Add me if interested in steam or send me a mail: Liecis19@gmail.com

See you soon in Steam!

- New map graphics.
- 2 new spells and 2 new minions for each class that will let you draw cards.
- We changed how tool-tip works, it should be easier to use now.

You can try it in our Downloads section! [cryptcards.com]

Erwaitin  [author] Sep 29, 2016 @ 11:39am
Hi @NinjaX! Yes, there are a lot of good card games out there but we have some cool features mainly focused in customizing your cards and skins. Those and the fact that you can sell your skins and make some money out of it we think are worth it.

Thank you for your feedback!
< >

Crypt Cards has been Greenlit and is now listed in the Steam store. For the latest information, purchase options, and discussions for Crypt Cards, please see it on the Steam Store or in the Steam Community.
Visit Store Page
For more details Visit Community Hub
For latest discussions
If you really, really want to, you can continue to the Greenlight page. Information on this page may be out of date, since all the action has moved to the areas noted above.