Greenlight > Games > Homebody Games's Workshop
Greenlight is being retired. For more information on how to submit games to steam, refer to this blog post.
This item has been removed from the community because it violates Steam Community & Content Guidelines. It is only visible to you. If you believe your item has been removed by mistake, please contact Steam Support.
This item is incompatible with Greenlight. Please see the instructions page for reasons why this item might not work within Greenlight.
Current visibility: Hidden
This item will only be visible to you, admins, and anyone marked as a creator.
Current visibility: Friends-only
This item will only be visible in searches to you, your friends, and admins.
Captain Quack: I Pity the Stool
Description Discussions0 Announcements5 Comments38 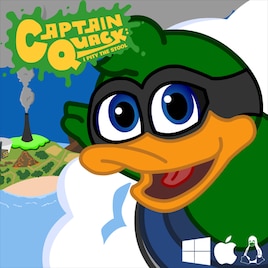 So. Captain Quack got greenlit! I don't know if it's simply because Greenlight is being retired and Valve felt bad for it, or what... but I'll take it!

It wouldn't feel right to proceed without saying a very, very big and whole-hearted thank you to people who voted yes for Quack in the greenlight process. Your support has meant the world and continues to inspire the development of the game.

I know it's been a while since there's been a peep about the game, but I want to confirm that the game is indeed still coming. It's been put back in the oven to cook a little longer, so to speak, so in the end I can make the best gosh-darn game that I can for you all.

I hope to update you with something more visual than words before too long.

Thanks again for the support!

The main goal of both weapons and abilities is to provide fun and useful things to the player, but also present the restriction of choice.

You can unlock any of them in any order (provided you have a token to redeem), but will NOT be able to unlock all of them in one play through. Some of them are strong on their own, some pair very well when used together.

First off, let’s talk about the weapons. 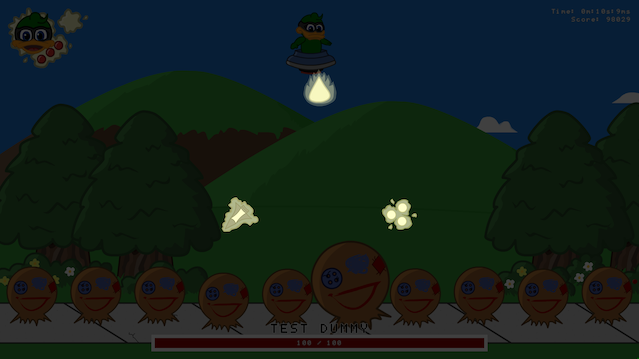 There are three unlockable weapons to choose from in the game. 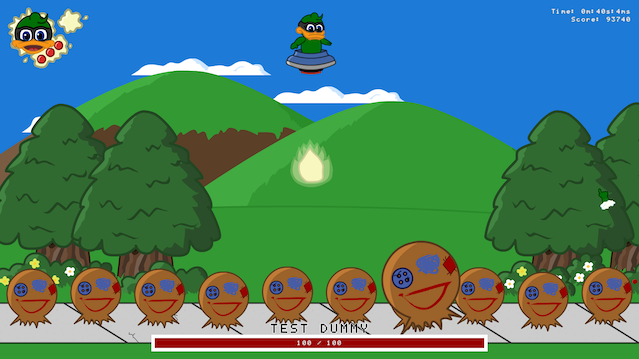 The spread shot splits your shot into three weaker projectiles. It is a reliable attack to use when you want to cover multiple areas with a specific angle. 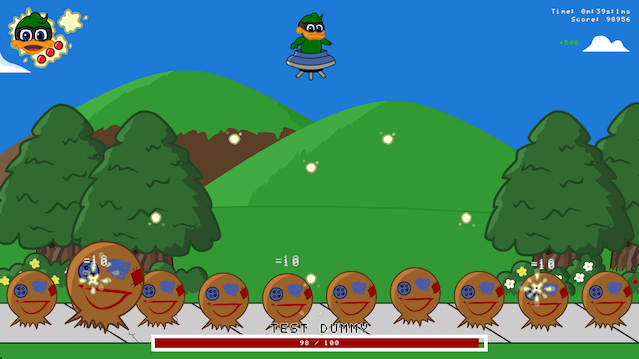 The missile barrage continuously fires a sporadic stream of weak attacks in a general direction. It’s not the most accurate attack, but it is the go-to choice when you’re unable to line up a direct shot and need to attack while on the move. 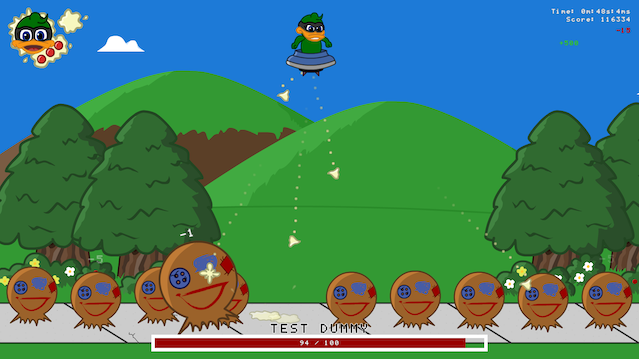 Next up, the abilities. 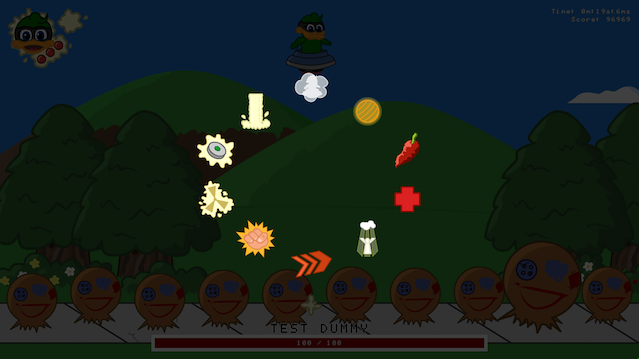 There are a total of ten different abilities to choose from. These are unlocked by redeeming a token of insight, which you receive from reaching milestones within the game (ex: defeating a boss for the first time).

While you can swap abilities that you have unlocked at any given time during gameplay, you can only have one ability active at any one time, and must wait for the respective cooldown on your ability to finish before using any other that you swap to.

Let’s break these down into three categories: utility, defensive, and offensive.


Some of these may sound much more useful than others, but again it’s important to keep in mind synergy, as well as the fact that all of these abilities have different cooldown lengths associated with them.

That’s it for this update. Thanks again for all your support thus far, please keep spreading the word about the campaign!
Read More
Description
Release date: 2018
Try out the free demo on your browser at: http://gamejolt.com/games/captain-quack-i-pity-the-stool/157719 (note: you'll have to create a Game Jolt account to play, but it's worth it).

Captain Quack: I Pity the Stool combines the gameplay of point & click adventures/puzzlers with arcade shooters.

You play as Cornelius Quack, a duck who's friends and family have been killed through pollution by the uprising of civilization and industry around him and his beloved park. Now he is out on a quest for justice, in the form of raining down a storm of stool upon all that cross his path.

In short: You're a duck. You poop on people.

- Help Quack on his stool-fueled expedition across five diverse areas of the world: The Parklands, Sun Nova Beach, Bona Fide Countryside, Synchrono City, and Sludge Works Inc.
- Over 25 unique levels/encounters
- Various attacks and abilities to achieve (detailed in the announcements)
- Hidden costumes and hovercrafts for Quack to unlock
- Secret areas to discover, each with their own set of encounters and bosses
- Perfect your speed and accuracy as you fight for high scores
- Dumb micro mini-games derived from my favorite NES classics
- All original music inspired by the wonderful soundtracks of Mario, Kirby, Sonic, Blaster Master, Mega Man, and more

"In the end, Captain Quack: I Pity the Stool is quite amusing and addictive, not to mention challenging every now and again." - Alexandru Dulcianu (Softpedia)
< >
38 Comments

Caius Sep 5, 2016 @ 4:35pm
This game deserves my support. Simple gameplay but really fun. The enemies were very nice, as well as the voices too. I voted yes and I look forward to the release of the game, because I know I will laugh a lot with opponents who will come during the game.